Clarity on the Angel Bell exception

A freezing order is often thought of as an interim remedy; something to be considered at the start of a case and to be filed on an urgent basis, without notice to the respondent. In such instances there is inevitably a huge legal bill, a financial risk associated with giving a cross undertaking in damages and a very high hurdle to jump to persuade the court to exercise its discretion and grant the order. It is not something for the faint-hearted claimant or those without deep pockets. 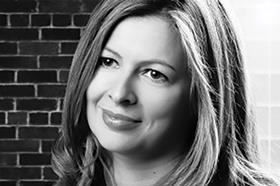 A post-judgment freezing order, however, is a different beast and something which is becoming increasingly popular. Less risky, less expensive and (thanks to the recent Court of Appeal judgment in Michael Wilson & Partners Ltd v John Forster Emmott [2019] EWCA Civ 219) applicants can rest assured that this is often a very powerful weapon.

When considering enforcement options, a judgment creditor should therefore not overlook the possibly of obtaining a freezing order. Of course, the mere existence of an unpaid judgment does not provide an automatic right to a freezing order, but one will be granted more readily than pre-judgment. In part this is because, with a judgment in hand, the need to establish a good, arguable case is no longer present, lowering the hurdle considerably. In addition, where judgment has been given and there is solid evidence of a real risk of dissipation, there would have to be particularly strong grounds for finding that it is not just to grant the order. There then only remains the need to demonstrate that there is a real risk of dissipation and, helpfully, it is often easier to infer a risk of dissipation post-judgment.

Where the underlying case involved an element of fraud or dishonesty and the judgment makes findings in this regard, or does not accept the evidence of the judgment debtor (or those who control it), this may be sufficient to demonstrate a real risk of dissipation, without more. Great Station Properties S.A and others v UMS Holding Ltd and Others [2017] EWHC 3330 (Comm) is a good example of a case where the court found ‘solid evidence’ of a real risk of dissipation solely on the basis of evidence arising from the underlying arbitration and the findings of the tribunal.

Once a court has been persuaded to grant a freezing order, the focus turns to the terms of that order. The courts have long acknowledged that freezing orders are not intended to prevent a defendant from carrying out its ordinary business dealings, according to the principles laid down by Goff J in Iraqi Ministry of Defence v Arcepey Shipping Co SA (The Angel Bell) [1981] QB 65. This exception (commonly known as the Angel Bell exception) forms part of the Commercial Court standard form freezing order: ‘This order does not prohibit the respondent from dealing with or disposing of any of its, her or his assets in the ordinary and proper course of business, [but before doing so the respondent must tell the applicant’s legal representatives].’

In a pre-judgment application, where a respondent’s liability has not been established, the Angel Bell exception will almost always be appropriate. However, there are very different considerations for the court post-judgment and it must take into account the policy of law weighing heavily in favour of the enforcement of judgments. After a decade or so of conflicting judicial comment on this point, the Court of Appeal has now provided useful clarification in relation to the use of the Angel Bell exception in post-judgment freezing orders.

In Michael Wilson & Partners Ltd the Court of Appeal was asked to determine whether the first instance judge erred in law by removing the Angel Bell exception. He had ruled that the case was a matter of ‘won’t pay’ rather than ‘can’t pay’, and that, as a starting point, an Angel Bell exception was usually inappropriate once judgment had been given. He found no circumstances to counteract that starting point and a number of factors in favour of the removal. The appellant submitted that removal of the exception was a draconian step that should only be taken as a last resort.

The Court of Appeal considered the existing case law in relation to post-judgment freezing orders and provided useful commentary and clarification including:

1. The purpose of post-judgment freezing orders is to facilitate execution, by guarding against a risk of dissipation over the period between judgment and execution where the judgment would remain unsatisfied if injunctive relief were refused.

2. By its very nature, a post-judgment freezing order will increase pressure on a respondent. However, the mere increase in such pressure does not make it illegitimate.

4. Whether or not an Angel Bell exception is appropriate is discretionary and the court must decide each case on its own facts.

In this case, it was held that the robust and principled approach taken by the first instance judge was entirely appropriate and in keeping with the overriding objective. While the court confirmed it did not take the risk of the respondent’s business becoming insolvent lightly, it held there were alternatives available; in this case the freezing order was subject to a maximum sum and therefore the respondent could pay this amount into court. It therefore upheld the removal of the Angel Bell exception.

Although the Court of Appeal deliberately avoided creating any default rules for the applicability of the Angel Bell exception, emphasising that it will always turn on the facts of the case, it is now clear that a judgment debtor is unlikely to be permitted to deal freely with assets in the course of business while a freezing order is in place and a post-judgment freezing order should therefore be very effective indeed.