In a little-publicised report, the Joint Committee on Human Rights has asked the government to bring forward legislation criminalising one aspect of corporate behaviour that has hitherto been only a reputational consideration for companies. The report asks for a new corporate offence of failing to prevent human rights abuses. 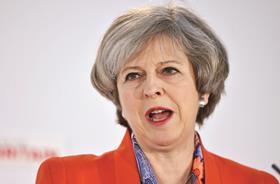 Theresa May: taking business to task over a range of issues

Against a background of Brexit and the recent general election, it is perhaps understandable that the report did not generate headlines. However, its proposals deserve to be taken seriously and should not be dismissed as aspirational given recent developments, not only in the field of business and human rights, but also in corporate crime more generally. In recent years, we have seen the Bribery Act 2010, the Modern Slavery Act 2015, the Criminal Finances Act 2017, each with provisions that demanded positive action from corporates. These provisions are in addition to this year’s consultation on corporate liability for economic crime.

Factor in Theresa May’s apparent desire to be seen to be taking business to task on issues from executive pay to energy prices, and the possibility that we may see some of the committee’s proposals feature on a mainstream agenda in the near future looks realistic.

The purpose of the committee’s report was to consider progress made by the government in implementing the United Nations Guiding Principles on Business and Human Rights (the UNGPs). Unanimously endorsed by the United Nations Human Rights Council in June 2011, the UNGPs provide an authoritative global standard for preventing and addressing the risk of adverse human rights impacts linked to business activity.

The UNGPs have received wide support from states, civil society and the private sector. While still not yet legally binding, they increasingly form part of the portfolio of advice companies will seek when considering new projects, particularly projects with elements overseas.

In 2013, in an effort to demonstrate its commitment to UNGPs, the government published the National Action Plan which set out its intention to, among other things: protect human rights within the UK jurisdiction where business enterprises are involved; to promote international adherence to the UNGPs; and to ensure policy consistency across the government on the UNGPs. It was the effectiveness of this plan that the committee was considering in its recent inquiry, and it was this plan of which the committee was broadly critical, describing it as ‘modest in scope’.

The committee condemned a number of other aspects of the government’s approach to the requirements of UNGPs, in particular the failure to remove obstacles preventing victims of human rights abuses committed by business from accessing justice, and the evidence of serious labour rights abuses taking place in factories in the UK. For the purposes of this article, however, what is particularly striking are the number of recommendations by which the government is asked to increase its regulation of companies. Some of the new powers that the report recommends include:

All of these are important proposals demonstrating the potential tightening of restrictions on companies which knowingly or otherwise countenance labour or human rights abuses. However, the recommendation carrying what are potentially the most serious repercussions for business is that which asks the government to create a new criminal offence of failing to prevent human rights abuses.

The committee proposes that this offence would be similar in structure to the failure to prevent offence created by the Bribery Act 2010, in that it would provide a defence for companies which can demonstrate that they had conducted effective human rights due diligence (as recommended by the UNGPs). It might also have an extraterritorial effect and therefore catch the actions of companies outside the UK’s conventional jurisdictional boundaries. To enable the proper enforcement of such an offence, the report recommends that ‘the prosecuting authorities are better trained and resourced in investigating breaches of human rights which are criminalised, including for cross-border crimes’. It also asks the Ministry of Justice to revisit its consultation on ‘failure to prevent’ offences in respect of corporate crimes other than those that are purely economic, such as the use of child labour. This new offence, the report proposes, would catch those companies which did not comply with a new statutory obligation (also recommended by the report)  on all companies, including parent companies, to prevent human rights abuses, and which did not put in place effective human rights due diligence both for their subsidiaries and across their whole supply chains.

As to whether or not the creation of an such an offence is imminent, it is perhaps unlikely that despite Theresa May’s self-professed rejection of ‘untrammelled free markets’ and ‘selfish individualism’, a Conservative-led government will announce new, far-reaching obligations on companies any time soon. Yet the climate is changing and it may be that some of the other recommendations made by the committee will be adopted sooner than can currently be anticipated. 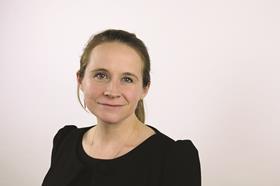 This report and the drive to improve corporate behaviour in respect of human rights should be seen as part of the wider agenda of corporate reform that began in earnest after the financial crisis 10 years ago and that has found its expression in efforts to improve corporate transparency, for example, through increased reporting obligations.

There is no reason, at this stage, to think that this call for reform is going to stop soon – the question for companies is how long before governments start to take it (really) seriously?

Katherine Tyler is senior associate (barrister) in the criminal litigation team at Kingsley Napley. She was assisted by Sophia Kerridge.