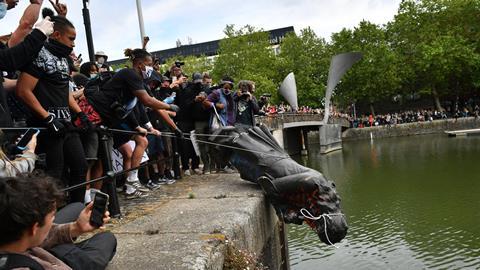 Colston Four – 'a jury may do justice'

‘Democracy doesn’t start and end at the ballot box. The right to protest is part of our history, our democracy, our constitution and the rule of law… Protest is not a departure from democracy, it is absolutely essential to it.’ The words of Tom Wainwright, the barrister for Milo Ponsford, when addressing the jury may prove to be even more important in the future, given the continuing controversy over the acquittals of the ‘Colston Four’. 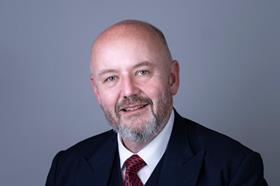 Matthew Scott, @Barristerblog, in the aftermath, wrote: ‘You may well disagree with the jury’s views (and we don’t know precisely which arguments they found persuasive) but they were given entirely lawful routes to the acquittals. The verdicts are in no sense an assault on the rule of law.’

That observation, as to the lawful routes to the verdicts, has now been cast into doubt. As the Gazette went to press, attorney general Suella Braverman QC was considering whether to seek a reference so that those matters of law which enabled three defences to be left to the jury might be reviewed by the Court of Appeal. Given her expression of intent, it would be surprising if it were not being considered at the highest level by a specialist Crown Prosecution Service unit before a decision is made.

Her expressed intention to consider whether she should refer the case unleashed a culture war on legal Twitter, with the Secret Barrister on one side, posing a ‘thought experiment’, and Tony Dowson on the other, chivalrously defending her right to do so.

Another chivalrous defender of the AG was Lord Wolfson of Tredegar. It is not often that a defence barrister’s web puffery is quoted in the House of Lords, but Wolfson elected to do so when defending the AG’s contemplated challenge. Quoting, not by name, Liam Walker’s Doughty Street press release, he stated: ‘Counsel in the case, himself, said that his arguments were “new and complex”. Those are precisely the points which would be suitable for reference under section 36 of Criminal Justice Act 1972.’

When and if the AG conducts the case, she will doubtless have mustered more authoritative precedents than Liam’s blurb, but it is complex.

No one should venture to offer an opinion on this subject without considering the directions themselves. Ominously, you will not find them on the Judiciary UK website. This may prove to be significant should HHJ Peter Blair QC’s directions be litigated upon in due course. (You can bet that if they had been convicted the sentencing remarks would have been uploaded.) Instead, you can find them either on the BarristerBlogger or Legal Hackette domains.

The three defences that were left were:

A. So far as ‘lawful excuse’ to criminal damage, the judge determined that ‘prevention of crime’ could and should be available to the Colston Four as a defence because it was arguable that the presence of the statue itself amounted to a continuing offence under section 5 of the Public Order Act 1986.

B. As a sidewind to that, the judge was persuaded that the jury should be entitled to consider whether the statue was an ‘indecent display’ contrary to the Indecent Displays (Control) Act 1981.

C. Finally, and perhaps most controversially, the judge allowed the jury to decide whether the conviction of any defendant would have constituted a disproportionate infringement of that individual defendant’s rights under Articles 9 (freedom of thought and conscience), 10 (freedom of expression) and 11 (freedom of association) of the Human Rights Act 1998.

It seems that, while the AG could make a wholesale challenge on all the defences which were left to the jury, the trial judge’s decision in leaving the proportionality assessment to the jury (on the alleged infringements of Articles 9, 10 and 11 a conviction would bring) is the most likely battleground. This is because it is believed to be the first time this defence has been put before a jury following the Supreme Court decision in DPP v Ziegler [2021] UKSC 23.

In a real sense this was a local verdict (and the public should know that) and this is vitally relevant to the result. In Bristol, since the 1990s when Colston’s fortune was first subjected to scrutiny, the defendants argued that the question of outrage and indecency coalesced with the prevention of crime defence, because of the special circumstances that affected the long established black and multicultural population of that city. Since Bristol’s past was inextricably bound up with slavery, not only did Colston’s historic infamy cause alarm and personal distress, but so did his continued presence on that plinth, they argued, adding that it was also an outrageous indecency.

One defendant is reported to have given evidence that Colston’s statue was ‘offensive to the true character of Bristol… [it is] wrong to celebrate an individual who had such crimes against humanity in such a multicultural city’. Depriving defendants in future cases of advancing the same defence might be thought to be not principally a question of legal clarification but part of the political agenda, deleterious to the right to protest, which is already being assailed by the Policing Bill.

The Ziegler point, however, notwithstanding the lucid and impressive legal directions crafted by the trial judge, is one that the AG is, beyond question, going to run with.

There are other challenges that might be taken, such as restricting the ‘prevention of crime’ defence often run in tandem or as a gateway to the defence of ‘lawful excuse’ under section 5 of Criminal Damage Act 1971. That argument, if taken successfully by the AG, could have a seismic impact on protest or conscience cases, and would be a regrettable fetter upon judges and juries trying these cases responsibly and carefully as they have done since the act was passed in 1971. The same defence, for instance, was run by Cruisewatch in the 1980s when member Ian Lee was acquitted at Devizes Magistrates’ Court on charges of causing criminal damage to a cruise missile transporter. In that case, the prosecution asked the magistrates to state a case, but then abandoned the appeal, perhaps concerned that they might lose. In this instance, the smart money is on the AG being in a ‘win-win’ situation. If she loses, the judiciary will be excoriated in the Daily Mail, and the government will no doubt have another headline of the justice system being betrayed by lawyers out of touch with the population.

If the Secret Barrister can mount a thought experiment, so can I. Let us assume the AG wins on the law. The government may consider that this will consolidate ‘the conveyor belt to conviction’ but I doubt it. Dissent has been a powerful source of identity for centuries in this country; so far as conscience, from the time of Lollardy, predating the Reformation, and politically and constitutionally since the 17th century. Economically, in times of dearth in the past, people rioted to survive and the law often tolerated this. As the sheriff of Gloucestershire when recording the actions of the mob rioting in 1766 noted: ‘The mobs of that year had committed many acts of violence, some of wantoness and excess; and in other instances, some acts of courage, prudence, justice, and a consistency towards that which they profess to obtain.’ He might even have treated them indulgently, which many lawmakers today forget, rather than imposing wholesale punishment, or transportation.

Generally, however, a defendant in a protest or conscience case looks to a jury for their deliverance. That is why, as Lord Devlin once observed, ‘a jury may do justice, whereas a judge, who has to follow the law, sometimes may not’.

The jury’s power to acquit in the face of injustice, dictatorial oppression, or politically motivated proceedings, is a cornerstone of our democracy, to be admired and conserved. Each jury represents the country in its locality and takes ownership of the law, which is why it is called ‘the common law’ – with its promise of justice being accessible to all. Political attacks, overt or by unsustainable financial cutbacks, have made a mockery of that sacred principle, but trial by jury remains for serious offences, including those that are triable either way. Any government that threatens that shall overreach itself, and any minister, deputed to uphold the law, who forgets England’s historic democratisation of criminal justice, will face no end of a reckoning.

Edward Henry QC is a barrister at Mountford Chambers, London