Q. What is the position as regards our employees’ entitlement to annual leave during periods when they are furloughed?

A. The current coronavirus crisis is unprecedented – and that term could also be applied to the legislative solutions devised to keep as much of the economy functioning as possible. The Coronavirus Job Retention Scheme (CJRS) is a set of rules determining the eligibility of certain employers to receive what amounts to a grant to cover the wages of workers and employees.

Because of the nature of the CJRS, it essentially sits alongside (or perhaps overlays) existing employment rights. What it doesn’t do is suspend or replace any of those rights. Consequently, there are a host of questions which can only be answered by analogy with existing employment law concepts – and the question of holiday entitlement is one set of such rights.

Any answers have to be qualified by the fact that many of the issues thrown up will require judicial analysis before clear advice can be given, and also by the fact that HMRC have already reached the fourth restatement of their guidance on the scheme – expect more in the weeks to come. With that proviso what can be said as to holidays is that:

Holiday entitlement will continue to accrue during furlough – just as it does during sickness absence but;

Q. Should we honour existing holidays that employees have booked before the start of the CJRS? If we do, what should we pay employees – their normal pay or the amount they are getting during furlough?

A. Pre-booked holiday falling during furlough is, in my view, payable at 100% basic salary – although many employees may not now want to take such holiday, and remember the new provisions enabling a carry-over of holiday entitlement outlined above.

Q. Some of our furloughed employees have asked whether they can participate in emergency volunteering leave. Can they do this and remained furloughed?

A. Yes – a furloughed employee can take part in emergency volunteer work, provided such work does not involve services to, or generate revenue for, or on behalf of your firm. Such leave can be taken in blocks of two, three or four weeks’ unpaid leave.

Q. Despite furloughing our staff, we really don’t have enough fee income coming in to keep all our staff. Can we make furloughed workers redundant, and if so, is their redundancy pay calculated on their pay during furlough or what it was before?

A. As mentioned above, the CJRS supplements but doesn’t replace normal employment law. If you have run out of work, then those employees who would normally carry out such duties are redundant. The furlough will have to be terminated – and if you do that before three weeks of operation you could prejudice your entitlement as an employer to receive the 80% subsidiary.

In making employees redundant you must comply with the requirements of a fair process for selecting and dismissing employees;

Q. We practice as an LLP. Can we furlough members?

A. Members of LLPs who are designated as employees for tax purposes (‘salaried members’) under the Income Tax (Trading and Other Income) Act (ITTOIA) 2005 are eligible to be furloughed and receive support through the CJRS.

To furlough a member, the terms of the LLP agreement may need to be varied by a formal decision of the LLP, for example to reflect the fact that the member will perform no work in the LLP for the period of furlough, and the effect of this on their remuneration from the LLP.

Q. We recently took over a probate department from another firm. Two employees in that department were on furlough. Can we continue the furloughing, even though they were not on our payroll on the 28 February?

A. In the fourth version of the HMRC’s guidance the qualifying date for operating the CJRS has been moved – from 28 February to the 19 March. Even if the transfer took place after the new qualifying date, the latest edition of the HMRC guidance now makes it clear that if an employee was qualified to receive payment through the scheme with a transferor, a transferee employer can use the scheme. The guidance stresses that there has to be a transfer pursuant to the TUPE regulations for this to apply.

The Law Society’s advice for law firms on the CJRS can be viewed here. 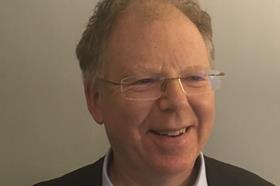