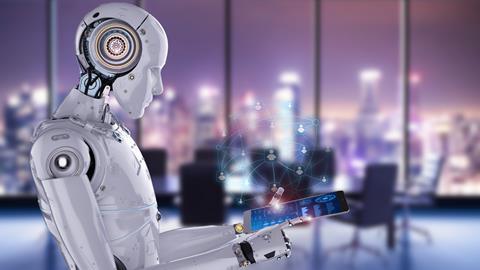 Could AI replace the Law Society?

The Cambridge Union Society recently had a debate on the subject, This House Believes AI Will Bring More Harm Than Good. The debate consisted of speeches for and against the motion, which were delivered by a machine, known as Project Debater. Before the debate started, the machine’s assistant, a human from IBM Research, explained how it worked. 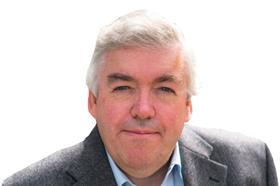 The machine is programmed to search around 400 million articles on the internet, and come up with persuasive arguments and counter-arguments. The speech in favour of the proposition stated that it had made use of 570 articles, written by humans. The arguments that were deployed mentioned human unemployment, ethical issues and a disconnected society. Some 511 articles were used to present the counter-argument, which included better jobs for humans, advances in medical research, reduction in human error, and improved quality of life.

The Cambridge Union debate included speeches from humans as well as Project Debater. In her speech, Professor Sylvie Delacroix of Birmingham Law School focused on the importance of humans in the design and development of AI, and associated ethical issues. The data used by machines should respect and empower humans, including on inclusion and diversity issues. Her conclusion was that, managed properly, AI would bring more good than harm.

A significant part of the Society’s activities is responding to policy proposals – from government, regulators and others – that affect our system of justice, and the role of solicitors in that system. Thousands of hours of volunteer time are spent each year in considering those proposals and coming up with reasoned responses. I have recently attended meetings of several Society committees, as well as the Law Society Council, and seen the dedication and great expertise that those committees bring to current policy issues.

But are those responses original, or have the arguments been made many times before? And even if solicitors come up with creative arguments, why not make those arguments to Project Debater, which would collate and synthesise them into a persuasive submission, saving much human time in the process?

Another important task for Project Debater could be to explain to Society members why they should support the Society, and continue to fund its activities. Any such explanation would need to appeal to the heart as well as the head. Would a machine be better than humans at this task?

An intuitive response might be to say no. But my impression is that the Society has been better at making logical arguments to regulators than at making emotional ones to its members. The people who run the Society – officials and volunteers – have learnt through their training and professional experience how to deploy reasoned arguments. But do they have the skills to make good, passionate arguments to their members about why they should support the Society?

The task is not a simple one. The membership of the profession has been changing for many years, and now includes a significant proportion of commercial lawyers in private practice as well as in-house lawyers. The interests of these groups may be very different to those in traditional high-street firms who work with consumers.

Looking at the work of the Society, much of it is concerned with traditional themes. This is partly reactive: responding to the policy proposals of regulators and government. Ideas such as requiring reaccreditation of solicitors throughout their careers, price-lists on websites, or elaborate complaints procedures, are mostly focused on consumer-facing practices. But they have the potential to affect all solicitors, and increase the costs and burden of practice.

The Society is starting to say the right things about its diverse membership and their different interests. These arguments are being made to regulators. But the Society still has a long way to go in convincing its members of its value.

I would focus on the role of the Society as a professional guild that enables its members to develop and nurture a collective set of values, and promotes those values to the outside world. The values include trust, integrity, independence, excellence and dedication. An important task in support of those values should be for the Society to recover from the SRA control over the activities that foster those values, including the training of solicitors and the marketing of solicitors’ services. But the most immediate task is to develop the relationship between the Society and its members. This will require much listening, the development of a member-led vision for the Society, and good communication and reinforcement of that vision.

Getting a machine to crowd-source arguments from the internet may be sufficient for some activities. But when it comes to developing a role for the solicitors’ representative body in the middle part of the 21st century, a more complex process is needed. For the foreseeable future, this process can only be managed by humans.

Mark Anderson is the Law Society Council member for business and commercial law, and a former chair of the IP Law Committee. This article is written in a personal capacity, and not on behalf of the Law Society