Covid-19 and the search order

The English courts are both popular and world-famous for the commercial and practical manner in which they resolve disputes. Equally famous are the various forms of interim relief available to the English courts to allow them to resolve cases justly. Two of the most well-known forms of relief are the search order (also known as an Anton Piller Order) and the freezing injunction (also known as a Mareva Injunction), once famously described by Sir John Donaldson MR as 'the law’s two "nuclear" weapons' (Bank Mellat v Mohammed Ebrahim Nikpour [1985] FSR 87). 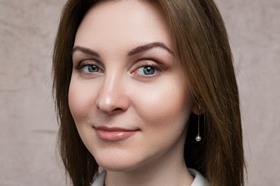 In the current Covid-19 climate, however, one may well ask how the search order in particular is to operate. Although the English courts remain open for business, having adopted a remote working protocol, the execution of a search order necessarily involves an invasive element of 'close contact' that seems, by its nature, to be inappropriate in the current climate.

Any applicant who wishes for the court to exercise the search order jurisdiction must convince the English court of four principal matters. These are as follows:

The requirements for obtaining a search order reflect its principal purpose; namely, to prevent a respondent from destroying evidence where there is good cause to believe that he is or is about to do so. In cases of fraud in particular, one of the most important pieces of evidence is the respondent’s past behaviour. This is common sense. Where there is strong evidence that a respondent has engaged in fraudulent conduct, it is unsurprising that the English court is willing to find that the respondent is precisely the type of person who would destroy evidence in breach of his disclosure obligations.

In the current era of Covid-19, although the general prohibition against ‘gatherings’ under the applicable legislation has now been repealed*, there remains a general sense of unease where indoor gatherings in particular are concerned because of the risk of a ‘second wave’ of Covid-19.

In the case of a search order, however, the nature of the relief will necessitate some sort of indoor ‘gathering’, typically in the respondent’s office or home, of more than two people, including the respondent himself, members of his family (if at home) or his employees (if at work), his solicitor (if requested to attend), the supervising solicitor, the applicant’s representative and potentially an e-discovery expert to take copies of documents stored on any electronic device.

However, what of the position of the respondent? Can he resist the search order by refusing to permit entry to his premises on the basis that he has real and genuine concerns over the impact on his health of bringing a number of strangers into his home or place of work? Or can he prevent or deny entry to the applicant on the basis that he - or a member of his family - displays one of the two symptoms by which Covid-19 has become known. More specifically for a respondent’s solicitor, what is the advice that they should give if asked whether their client can refuse entry over Covid-19 concerns?

Of particular difficulty for a respondent is the risk that attaches to a failure properly to comply with a search order. While a respondent retains a discretion as to whether or not to permit entry to his premises, there is no doubt that a respondent who fails to comply with a search order faces the very real risk of being committed to prison, or doing irreparable harm to his own case. Indeed, in a recent case, it was said that 'the entire efficacy of [a search order] hinges upon the fact that it is, when executed, respected strictly according to its letter and according to its terms', with the result that obstructing the execution of the search order in that case constituted an actionable contempt (Universal Business Team PTY Ltd v Moffitt [2017] EWHC 3251 (Ch), at [33]).

In the current climate, it may well be said against an applicant that health should come first, and that if a respondent refuses to comply with a search order, a contempt application is not an appropriate way to proceed. After all, if the applicant has satisfied the English court that there is documentary evidence that runs the risk of being destroyed by the respondent, everything should come out in the wash when disclosure is ordered and the evidence, if it has been destroyed, fails to materialise. However, this is unlikely to be satisfactory in every case. In certain cases, the value of the evidence held by the respondent does not derive solely from what it says about his conduct: there is also the monetary value that arises from the quantification of loss. In these circumstances, an applicant may not be happy with a contempt finding if the victory on the merits is merely pyrrhic.

There are potentially several options available that may suit both the applicant and the respondent. In particular:

In reality, however, it is likely that there is no perfect solution to the particular difficulties caused by Covid-19 and the effect that the virus is likely to have on the execution of the very personal search order remedy. What seems clear, however, is that where an applicant intends to apply for a search order to preserve evidence, he must think carefully of the practical realities of applying for this relief in the current climate, as well as the obstacles (in addition to the typically heavy burden imposed on an applicant in any event) raised by Covid-19. A respondent, on the other hand, will almost certainly be left with tough choices to make as to refusing entry to preserve his health with the consequent possibility of being faced either with contempt proceedings or an application to draw adverse inferences against him.