Civil Procedure Rules (CPR) Part 36 is designed to incentivise early settlement of disputes by imposing costs consequences for a failure to accept a good offer. Where a Part 36 offer has been made by the claimant, defendant, or both, the question for the court is whether a claimant has failed to obtain a judgment ‘more advantageous than a defendant’s Part 36 offer’, or whether judgment against a defendant is ‘as least as advantageous to the claimant as the proposals contained in a claimant’s Part 36 offer’. This is sometimes described as whether a party has ‘beaten the offer’ or not. 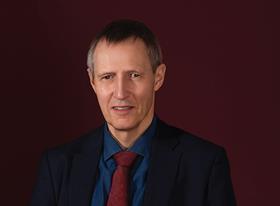 In relation to money elements of a claim, CPR 36.17(2) explains that ‘more advantageous’ means better in money terms by any amount, however small, and ‘at least as advantageous’ is construed accordingly.

However, the meanings of ‘more’, less and ‘at least as advantageous’ is less obvious where an offer includes non-financial elements. For example, if a claimant makes a Part 36 offer seeking an undertaking from the defendant to do (or not do) something, and it obtains an order which grants relief in different terms, has it beaten the offer, or not?

There appear to be no reported cases on these questions, and only two which analyse Part 36 offers covering both financial and non-financial relief. These relate to the exercise of discretion under CPR Part 44.2 to vary the costs consequences of Part 36.

In Specsavers v Asda [2012] EWCA Civ 494, Specsavers sought an injunction to stop Asda from using certain trade marks and phrases. Asda made a Part 36 offer which included an undertaking not to use various phrases that Specsavers objected to, but made no offer in respect of a European Union trade mark comprising two side-by-side ellipses described as ‘the Asda logo’, which was the core of Specsavers’ case. Specsavers thus refused to settle on the proposed terms.

The Court of Appeal accepted that ‘the Asda logo’ was important to Specsavers’ case and that Specsavers had secured wider relief than Asda’s offer. There is, however, no specific finding that the judgment obtained was more advantageous than the Part 36 offer. Applying its discretion under CPR Part 44.2, the court held that Specsavers had won only some issues, so a discount was applied to its claimed costs. But the court drew an adverse inference from Specsavers’ failure to negotiate further following Asda’s Part 36 offer. This, in the court’s view, justified a further reduction in the costs award. 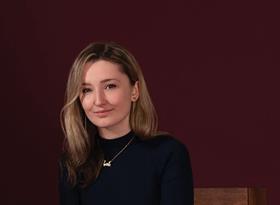 A similar conundrum arose in the case of MR v Commissioner of Police for the Metropolis [2019] EWHC 1970 (QB). This was an appeal against a ‘no order for costs’ award made by the trial judge where Part 36 offers had been made by each side. The appellant had been arrested on a harassment charge and brought a claim for false imprisonment against London’s Metropolitan Police when the charge was dropped.

The Met made a Part 36 offer to settle the claim for £4,000 and provided a draft letter of apology that did not admit liability. The appellant made a counteroffer for payment of £5,000 and an admission of liability. He subsequently made further offers, the most recent of which was an offer to accept no payment, provided the police force admitted liability (plus costs). The Met refused this, but again offered a letter of apology and proposed a ‘without prejudice discussion’. The appellant did not respond to that offer.

The judge found that the imprisonment was unlawful and awarded damages of £2,750, but made no order as to costs. She described the appellant’s purpose in the litigation as seeking to establish that the arrest had been unlawful and, on that basis, the appellant was the successful party. She also criticised the appellant for not responding to the invitation to a without prejudice discussion, even though the Met’s solicitor had stated ‘my client cannot and will not admit liability’ – a stance which the judge also criticised. The judge held the Met ‘may have offered an admission that reflected the judgment’ had the appellant attended the meeting. It is unclear why the judge thought this, given she said that the Met ‘could not, for whatever reason’ make the admission.

Having accepted that the appellant was forced to take the matter to trial, the judge concluded that the first Part 36 offer from the police engaged the costs consequences of Part 36.17. She must therefore have concluded (but did not expressly state) that the police were liable and awarding £2,750 was not ‘more advantageous’ than the offer of £4,000 and an apology without an admission of liability.

The appeal was partly successful. The appellant’s ‘no payment’ offer was found to engage Part 36 and the appellant had clearly beaten that offer by getting a damages award and a finding of liability. While commenting that the trial judge’s criticism of the failure to engage in without prejudice discussion ‘had merit’, the appeal judge also found that the Met was not going to make the admission sought and ‘there was no realistic prospect of such a resolution’. Therefore, the appellant was awarded his costs from the expiry of the relevant period, but the trial judge’s no order as to the costs prior to that date remained.

Following the clear findings regarding the police’s refusal to admit liability, and the need for the appellant to go to trial, it is surprising that both courts applied a ‘conduct discount’ for his failure to attempt to negotiate a better deal.

We await guidance on how a court will assess whether its order is more, less, or equally as advantageous as a Part 36 offer containing non-financial elements. However, in making this assessment and considering any variation to the normal costs consequences, it is hoped the court will remind itself of the position recommended by Chadwick LJ in Johnsey Estates (1990) Limited v Secretary of State for the Environment [2001] EWCA Civ 535: ‘[A] court should resist invitations to speculate whether offers to settle litigation which were not in fact made might or might not have been accepted if they had been made.’

Patrick Wheeler is a member of the London Solicitors Litigation Association and a partner at Collyer Bristow, where Nadia Asfour is a trainee