One trend emerging in family law from the pandemic has been the increase in cases where clients have paid for a private judge or arbitrator to help them resolve their dispute. 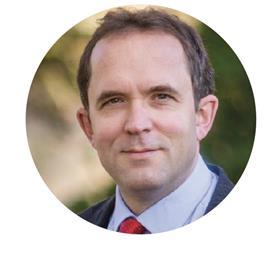 All legal professionals I have spoken to say that private FDRs work extremely well.

A 2021 report by HHJ Farquhar (The Financial Remedies Court – the Way Forward) concluded that the average time outside London (where averages were even worse) in 2020 for a case to go from issue to court-based FDR was 55 weeks, and 84 weeks to final hearing. If anything, these delays have increased since the pandemic. By contrast, private FDRs can often be convened within a few weeks.

In addition to the advantage of timeliness, the experience of a private FDR is invariably better than a court-based one. The judge has time to thoroughly read the papers, and the fact that the judge only has one case to deal with on the day (rather than several) greatly increases the chance of success. Parties can choose their own specialist FDR judge, rather than take ‘pot luck’ as to whether their judge is actually an experienced financial remedy specialist.

Court delays worse than ever

Despite the significant growth of private hearings in the family justice system, there is little evidence that the trend is relieving the burden on the courts. The 2021 Family Court survey reveals that delays in the system are as bad as ever. This survey reported that the average timescale from case start date to final order for private law children cases increased to 44 weeks in the final quarter of 2021. This figure was 30 weeks at the start of the pandemic and has doubled from an average of 22 weeks in 2017.

While statistics for the timeliness of financial cases are not available in the report, 2021 saw a 23% increase in the number of financial remedy cases. Family practitioners regularly report increased waiting times in obtaining listings of hearings and of hearings vacated at the last moment due to ‘judicial unavailability’.

So, why is an upswing in the numbers of private hearings not reducing the burden on the court system?

According to one senior unnamed source, there are presently vacancies for about half of all district judge roles on the South Eastern circuit including London. There should be around 150 full-time judges, but half of these posts are unfilled.

With private work being more lucrative than a full-time judicial appointment, it is perhaps unsurprising that we are witnessing such a deficit in the numbers of full-time judges and the corresponding delays in the court process.

Has the time come for us to reassess the recruitment of family judges? While barristers and solicitors can offer private FDR and arbitration services alongside their day jobs, once they become full-time judges they cannot go back to advisory work if they retire from the judiciary.

There are some excellent deputy judges but as their sitting days are limited, ensuring judicial continuity in cases can be difficult. Many more full-time judges are clearly required. However, given the stress and the sacrifice required in full-time judging, it is likely that the situation will not improve.

So, while the increased popularity of private FDRs and arbitration as an alternative to the courts is a positive trend for those families who can afford these services, it might be argued that their growth is unwittingly exacerbating a judicial recruitment crisis and the continuing development of a two-tier family justice system.

It is these families, with no access to legal support, who arguably suffer most from the continuing deterioration in delays and service within the family courts.

What can be done to level up the delivery of family justice?