Criminal courts are no playground

The number of private prosecutions brought by individuals or companies, including commercial organisations, rather than the Crown Prosecution Service (CPS), has long been a contentious issue. Last year they once again hit the headlines: when the police refused to take action against a prolific shoplifter, Boots successfully brought a private prosecution – the first documented prosecution for shoplifting brought by a corporate victim. In June 2018, a fraudster received an eight-year custodial sentence after a private prosecution was brought by an engineering company which he had defrauded. Following an allegedly egregious breach of the first lockdown rules in March 2020, even Dominic Cummings faced the prospect of being privately prosecuted. Most recently, private prosecutions have hit the headlines after a Manchester court ruled that an animal charity and its law firm had unfairly prosecuted dog owners and breeders. 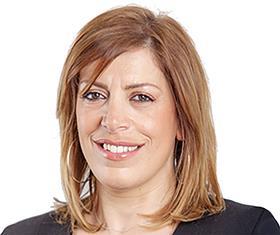 To meet the growing demand for private prosecutions, specialist firms offer a ‘tailor-made’ prosecution service, for which they charge hefty bespoke fees. Potentially attractive for individuals or companies who believe themselves to be victims of crime, they are perceived as offering greater control over the prosecution process, or as a quicker and more cost-effective alternative to civil litigation. Regrettably, many view them as another way to settle scores, damage reputations, or force a settlement in civil proceedings. Although bringing a private prosecution with improper motive is, without doubt, unethical and a manifest abuse of the court process, malice is invariably hard to prove and, even if it can be established, does not serve as an automatic bar to prosecution.

Whatever the eventual outcome, the mere commencement of a criminal prosecution can, of course, wreck people’s lives. Very careful consideration should therefore be given before embarking on the process. Although clear evidential and public interest tests must be met before the CPS decides to bring a public prosecution, it is deeply regrettable that private prosecutors are not required by law to apply the same high standards. This is, perhaps, what makes them so attractive to those who want to misuse the system in order to settle personal vendettas.

Allowing the overburdened criminal courts to become a playground for those with very deep pockets to resolve their private disputes cannot genuinely serve the public interest. The introduction of a robust and enforceable code would act as a necessary first step to ensure that private prosecutors recognise their overriding duty to the court, not as private client litigators, acting on the instructions of an aggrieved ‘victim’.

The PPA’s code is, of course, voluntary. Notably, it does not appear to have been universally well-received, especially by some of the ‘specialist’ firms, creating an inbuilt conflict of interest: objectively advising their clients on the merits of their case while simultaneously adding to their billable hours.

After learning about a private prosecution, the director of public prosecutions has the power, via the CPS, to review, take over or discontinue it at any stage: either in the public interest, or where the case would not meet the basic evidential standards needed for a public prosecution to be brought.

Although that power acts as an invaluable safeguard for defendants, it must be wrong in principle for prosecutions that are evidentially weak to enter the criminal justice system via the private backdoor. By contrast, when the CPS is in the driving seat, cases with weak or insufficient evidence are weeded out, pre-charge.

In a private prosecution with weak evidence, defendants have to rely on an appeal to the CPS to intervene and do the right thing, with the burden ultimately falling on the taxpayer. This adds to the cost of legal aid funds used for private prosecutions, which increased from £360k relating to 32 costs awards in 2014-15 to £12.28m covering 276 costs awards in 2019-20, according to Ministry of Justice figures.

Unlike private prosecution firms, the CPS has no direct financial interest in cases that it prosecutes. Nor does it have the same client relationship that an aggrieved victim does with these firms, giving them instructions and paying for the privilege.

Lofty statements of principle are often cited by private prosecutors, suggesting that private prosecutions play an important role in the justice system of England and Wales. Inevitably, there are occasions where genuine cases are not taken up by the public prosecution system. To address these oversights, a private prosecution should remain as a last resort. Too often, however, private prosecutors seek to prosecute privately as a first resort, having not even reported the case to the police or CPS for consideration.

Advocates of private prosecutions frequently argue that they relieve the taxpayer of investigation and prosecution costs. But as outlined above, prosecutors increasingly receive their costs from public funds - even if the CPS would never have brought the case, the case collapses pre-trial, or the defendants are acquitted. It is hard to accept any justification for taxpayers footing the bill for a prosecution which the state would never have brought in the first place. Such a prosecution might be brought by someone with enough money to pay for it themselves who, unlike the taxpayer, does not have to foot the bill if costs are awarded against them.

Maria Theodoulou is a partner at Stokoe Partnership Solicitors, London