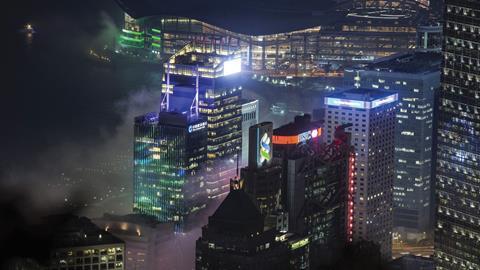 Crossing the river — the law on legal professional privilege

A recent court decision in Hong Kong has highlighted the different approach taken in Hong Kong from that of England & Wales with regard to the concept of legal professional privilege (“LPP”).  We have taken the opportunity to review and compare the position regarding LPP and corporate entities in four dispute resolution hubs — England & Wales, Hong Kong, the USA, and France.

In Three Rivers District Council v Governor of the Bank of England (No.5) [2003] QB1556 (“Three Rivers No.5”) the Court of Appeal gave a restrictive definition of “client” for the purpose of legal advice privilege, including only those employees of an organisation who are responsible for obtaining or receiving legal advice — in that case, a three-member committee formed by the Bank of England in order to liaise with external lawyers on a particular issue. Communications between legal advisors and employees outside that committee were not privileged. This case is still good law in England & Wales even though, to our knowledge, there have not been any recent applications of such a narrow definition of “client” by the English courts.

The distinction only matters for the purposes of legal advice privilege. Litigation privilege covers communications with third parties and therefore the concerns arising out of the definition of “client” should not arise in the litigation context.

As to the advice provided by an in-house legal counsel to their employers, under English law it will attract legal advice privilege, provided that advice is legal in nature.  Where an in-house counsel is providing business advice or advice relating to administration or management affairs, it will not be possible to claim privilege.

In a robust judgment, the Hong Kong Court of Appeal distanced itself from the position applied in England in CITIC Pacific Limited v. Secretary for Justice and Commissioner of Police (Civil Appeal No.7 of 2012). The court also provided a framework and roadmap for legal practitioners and their clients with regard to documents seized from the client pursuant to a court search warrant.

CITIC pursued a blanket claim for LPP over the materials obtained by the Hong Kong authorities in connection with CITIC’s Forex contracts. The Court of First Instance applied the rationale of Three Rivers No.5 and stated that the documents relating to, or communications including gathering information from employees of CITIC, other than its legal department (and the CITIC’s Board providing directions to the legal department), were not protected by LPP.

The Court of Appeal, however, rejected this approach in favour of the “dominant purpose” test (already adopted by Australia and Singapore). An internal confidential document is therefore covered by LPP if it is created with the dominant purpose that it or its contents be used to obtain legal advice. “Client” should not be restricted to select members of the legal department and the Court of Appeal found there are good reasons why employees should not be restricted to select members of the Group Legal Department and could see no reason why such restriction is required. The Court of Appeal favoured a more open approach to the definition of “client” and decided that although documents which were produced as a part of transaction or event are not protected by LPP, the processing and reduction of such knowledge into a documentary form specifically for the purpose of obtaining legal advice is different and should be applied.

The Court of Appeal emphasised that the constitutional right to confidential legal advice covers both the advice and the whole fact disclosure process which produces the advice; both should therefore be protected by LPP.

The Hong Kong Court of Appeal provided some helpful guidance on the procedure for the more effective disposal of LPP claims and the Court made the following points:

The Court recommended that the party claiming LPP should consider providing a limited waiver for a specified person or independent counsel appointed by the law enforcement agent or the Hong Kong Department of Justice to inspect the disputed materials and to seek to resolve any disputed LPP claims.

The equivalent of LPP in the United States is the attorney-client privilege, which protects communications made in anticipation of litigation but also all communications where the client is seeking legal advice.

In France, because the French rule is based on an obligation of confidentiality and non-disclosure by the lawyer rather than on procedural or evidentiary rules, no distinction is made between legal advice privilege and litigation privilege. If the client is a legal entity, communication with all employees and representatives are covered by LPP, with no restriction on seniority or area of expertise.

LPP in France includes all communications between a law firm and its client, and communications from lawyer to lawyer, regardless of their format (even oral), content or “dominant purpose”. These communications cannot be disclosed by the lawyer or law firm, except in the case of express indication to the contrary (so-called “official letters”). Another exception applies to letters of a purely procedural nature.

However, LPP in France does not exist for communications between an in-house counsel and her/his employer. In-house counsels in France may not be members of a French bar and, as mere employees, the protective rules governing French lawyers’ day-to-day activities, including LPP, cannot be applied to them. There have been several attempts at changing the status of in-house counsels in France, the latest of which was earlier this year (“Projet de loi Macron”), in order to extend some form of LPP to them, but all such attempts have failed in the face of the French Bar’s opposition.

The CITIC case has raised an interesting issue for litigators and in-house counsel advising on international disputes. The differences between the laws governing LPP protection in each jurisdiction may well influence decisions as to where any litigation that occurs might take place.