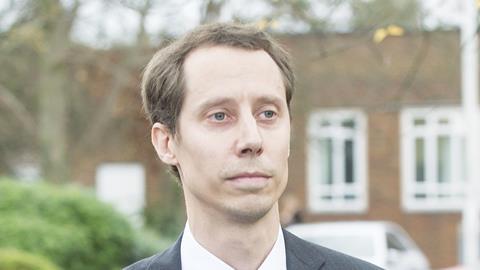 The acquittal of Kato Harris in July 2016 attracted considerable attention. His case has been in the news again following the recent order for costs against the Crown Prosecution Service (CPS) after it declined to provide an account of how the decision to charge Harris came to be made.

Harris taught geography at an independent school. In December 2014, a 15-year-old former pupil claimed that she had been anally raped by a geography teacher on three occasions when she was 13 years old. The complainant’s description of her attacker did not match Harris, who having been identified as the only male geography teacher at the school, was introduced to the complainant as a suspect by a police officer, who according to his witness statement asked her ‘Is Kato Harris the teacher?’ … [the complainant] smirked and looked up at me with a smile and nodded’.

While the complainant asserted that the rapes had occurred at lunchtimes in a classroom, a number of teachers informed the police that this was practically impossible as the classrooms were usually in use at lunchtime, could not be locked and were regularly patrolled. Due to the time that had elapsed the school was not able to produce comprehensive records of lunchtime activities, but the available evidence suggested that Harris had been supervising the geography club on at least one of the occasions when the complainant claimed that she was raped.

The complaint against Harris seemed fantastic from the outset and the early indications from the police implied that the investigation would swiftly be discontinued. In fact, Harris waited 11 months to hear that he was to be charged with three counts of rape. Throughout this period, and the subsequent eight months until trial, he was subject to a bail condition that prevented him from teaching.

At trial, the final submissions of counsel for the prosecution were that it was not ‘totally impossible’ for the offences to have occurred. The jury’s view of the sufficiency of the evidence was apparent from their returning a not-guilty verdict within 15 minutes of retiring.

The CPS instructed a senior QC to prosecute the case. Unsurprisingly, Harris felt that he had no alternative but to borrow to pay for his own representation to ensure equality of arms. As a result of the enactment of LASPO he was not entitled to repayment of his defence costs on acquittal and his only means of recovering a proportion of his costs was to make an application under s19 of the Prosecution of Offences Act 1985. If that application had failed Harris would have been left to bear the entire costs of his defence including, gallingly, VAT at the standard rate of 20%.

A defendant is only entitled to costs under s19 if there has been an unnecessary or improper act or omission. Hickinbottom J in Evans and others v SFO stated that successful applications would be ‘very rare, and restricted to those exceptional cases where the prosecution has made a clear and stark error as a result of which a defendant has incurred costs’.

In order to claim costs it therefore became necessary to demonstrate that the CPS decision to charge was one that no reasonable prosecutor could have made.

Whether the allegation is one of rape, theft or any other offence the CPS must apply the test in the Code for Crown Prosecutors when deciding whether to charge. In essence, the CPS lawyer must ask: is there enough evidence to provide a realistic prospect of conviction? In other words, is it more likely than not that a jury will convict? If the answer to that question is no, there should be no charge regardless of the seriousness or sensitivity of the allegation.

How was the decision to charge made?

The ‘unused material’, disclosed to Harris by the CPS on the basis that it might assist his defence or undermine the prosecution, revealed that the complainant had been described by a medical professional as an attention-seeker and a member of school staff had referred to her competing with another pupil ‘as to who could have the biggest story’. It emerged that she had initially claimed to have been subjected to an oral rather than anal rape and, before making the rape allegation, had intimated that she may have been physically or sexually abused by a relative, casting further doubt upon her credibility and the decision to charge.

Sir Richard Henriques in his report into the handling of the false allegations made against Lord Bramall, Harvey Proctor, the late Lord Brittan and others criticised the police policy of ‘believing’ the complainant in sexual offences and suggested that this had led to miscarriages of justice. This policy did not, however, seem to cloud the judgement of the police officers who dealt with Harris. The unused material recorded their view that the offences could not have taken place undetected and the detective inspector leading the investigation concluded, after seven months’ of enquiries and over 40 witness interviews, that ‘other than a poor and heavily prompted account provided by the victim we have nothing in the way of corroborating evidence’.

The unused material also revealed that the complainant’s wealthy parents had instructed a former senior Crown prosecutor and a former Metropolitan Police deputy assistant commissioner, who had subjected  the CPS to enormous pressure to prosecute, perhaps providing an explanation for an otherwise inexplicable decision to charge. The former deputy assistant commissioner had issued the investigation team with a 29-point action plan and had discussed the case with senior police officers. A decision to apply for a warrant to search Harris’s home in order to seize his mobile phone and laptop came shortly after a demand by the former prosecutor for this action be taken.

HHJ Edmunds QC recognised that this third-party pressure might have resulted in unnecessary or improper decisions by the CPS and, after considering the costs application submitted by William Clegg QC on behalf of Harris, invited the CPS to provide a detailed account of the prosecution decision-making process. The CPS declined to provide any such explanation and, as a result, judge Edmunds was not prepared to accept their unsupported assertion that the test in the Code for Crown Prosecutors was satisfied and pronounced himself at a loss to understand how a reasonable prosecutor could conclude that the evidence was sufficient to provide a realistic prospect of conviction. Costs were awarded to Harris on the basis that the decision to prosecute represented an improper act or omission which would not have occurred had the CPS conducted the case properly.

Poor charging decisions cause harm (and not only to those such as Harris who are the subject of false allegations). They also damage the interests of genuine victims by increasing public scepticism about allegations of historic sexual abuse and by squandering the finite resources of the CPS. The refusal of the CPS to shed any light on their decision to prosecute Harris leaves the distasteful impression that, just as one may bypass the

NHS and pay for medical treatment, it may also be possible for the wealthy to ‘go private’ when attempting to secure a prosecution. 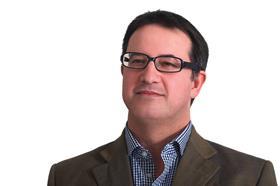 John Martyn is an associate in the business crime team at law firm Howard Kennedy. He acted for Kato Harris