Shareholder claims principally consist of unfair prejudice petitions (UPPs), instigated by members on their own behalf, and derivative actions (DAs), brought by the members on behalf of the company. 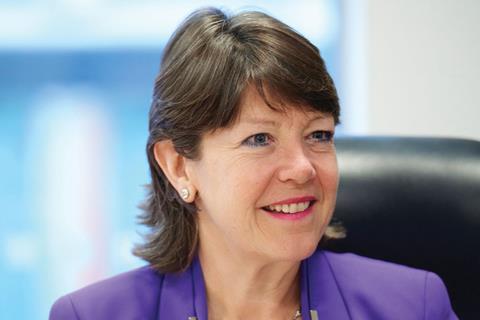 In practice, courts impose restrictions on things considered to be within company members’ interests on a case-by-case basis. Members of large public companies are likely to have their interest limited to the running of the company in accordance with its articles of association.

However, if a quasi-partnership exists, as defined by Lord Wilberforce in Ebrahimi v Westbourne Galleries [1973], a court may decide to include within the ambit of unfairly prejudicial conduct acts or omissions that are contrary to the parties’ relationship or informal agreements. UPPs are more likely to succeed if the petitioner convinces the court the company is a quasi-partnership.

Dinglis addressed the position of quasi-partnerships in UPPs in cases of small or family-run companies. The petitioner, Paul Dinglis (PD), was a 12% shareholder in his family’s company, Dinglis Properties Ltd (DPL), with his father and majority stakeholder, Andreas Dinglis (AD), as first respondent. PD was excluded from management by AD in 2012 alleging in his petition this amounted to unfairly prejudicial conduct. PD argued DPL was a quasi-partnership as it met the definition set out in Ebrahimi. The court stated that for a quasi-partnership to be established, they must show agreement or understanding which operated as a limitation on what would otherwise be DA’s legal right under the company’s articles to remove PD as a director.

PD had to present evidence of an agreement or understanding, binding in fairness and equity, that he would be entitled to participate in management of DPL for so long as the business continued. The court was not satisfied that just because DPL was a family company, managed on a basis of mutual trust and confidence, it should be considered a quasi-partnership. PD argued that because AD had moved to Cyprus and handed over the running of the family business to PD, it was inferred that PD was entitled to be involved in DPL’s management. The court again was not satisfied with PD’s argument, clarifying that the issue was not one of expectation but of express or implied assurance. The burden fell on PD to show there was agreement or understanding, based on an assurance given by AD, which limited AD’s rights as majority shareholder preventing AD from removing PD from management. Despite indications AD was relinquishing control of DPL to PD, the court found this did not merit a finding of a quasi-partnership in the absence of an assurance on AD’s part. The correct position was therefore as set out in the articles which permitted AD to exclude PD from management.

Tonstate, despite being a family-held company, included a complex structure of two groups of companies, one being those companies which had already commenced proceedings (Yellow Companies), the other being those which were yet to commence (Red Companies). The claimants were Mr and Mrs Matyas, shareholders in the Tonstate Group. The defendant was the former CEO, Edward Wojakovski, their son-in-law, accused of unlawfully misappropriating £14.5m from the group.

In relation to the Yellow Companies, the resignation of a director holding the balance of power caused a deadlock in proceedings. Permission to convert the claims belonging to the Yellow Companies to a DA was sought to continue the claims. However, the only appropriate applicant, Mr Matyas, held a purely beneficial interest as member of a parent company incorporated in the British Virgin Islands. The court was satisfied that derivative claims are available to members of parent companies and trust derivative claims are often available to beneficiaries to allow them to assert shareholder rights. Additionally, bringing a derivative claim is a matter for the law of the country of the affected company’s incorporation. It did not matter to the court that the applicant was from a BVI company because the Yellow Companies were incorporated in England. The judge was satisfied in the claimant’s arguments that it was appropriate to continue the claim as a double derivative claim as the Yellow Companies were subject to wrongdoer control, entitled to relief.

As the defendant also held enough voting rights in the Red Companies to frustrate litigation, the claimant sought to pursue statutory derivative claims relating to these companies through Tonstate Group Limited (TGL). The defendant argued these should also be pursued through double DA. The defendant wanted to preserve TGL’s assets by forcing his fellow shareholder to use double DA to pursue the claim, funding it personally via an indemnity. The court rejected this argument on the basis that common law DA is only available when statutory DA is not. The Red Companies were able to pursue the claims through TGL, without shareholder intervention. The Yellow Companies were not.

Dinglis shows even a small family-run business will not automatically be considered a quasi-partnership for UPP purposes. Minority shareholders with managerial interests in a company should enter into separate written agreements as directors to avoid being later excluded from their management positions. Tonstate shows that, regarding DAs, a complex multi-jurisdictional structure will not prevent a shareholder bringing a successful claim, but they may have to pay for it personally.