If you have to protect digital assets, including cryptocurrency, against actual or threatened conversion or fraud, English courts are one of the best places to do it. The tools available are formidable and judges are proving both creative and adaptable. 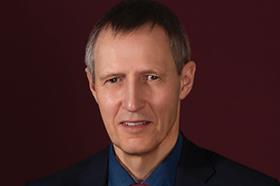 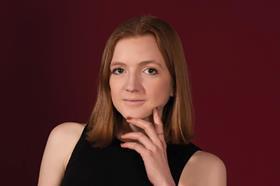 Assuming the asset satisfies the criteria of ‘property’, the initial issues to be addressed by claimants are: tracing the assets; applying for disclosure orders to obtain information about the new holder; and addressing jurisdictional and service issues.

This question is key in determining the kind of relief available, particularly on an urgent without-notice basis.

Mr Justice Bryan in AA v Persons Unknown [2019] EWHC 3556 (Comm) addressed what cryptocurrency is when asked to make an order for relief and restitution in regard to ransomed bitcoin. He adopted the reasoning in the UK Jurisdictional Taskforce’s Legal Statement on Cryptoassets and Smart Contracts (November 2019), which set out why the authors consider cryptoassets to be property. On that basis he felt able to grant a proprietary injunction. A freezing order was not granted in this instance because risk of dissipation could not clearly be established against either the exchange or persons unknown. Although not granted here, freezing orders can be made against persons unknown in the English courts, as long as the class of person is relatively specific, so this should not be overlooked as a remedy available in these claims.

16 July 2019, the victim of a spear phishing attack made a claim for restitution of their 100 bitcoin and sought an APO for 80 bitcoin which they traced to a Coinbase account (a UK-based exchange). Mrs Justice Moulder made the APO which prevented any dealings with the bitcoin.

The biggest challenge is often identifying the new holder of the misappropriated digital assets and the displaced owner will likely be seeking an order against ‘persons unknown’. In English courts it is possible to get interim relief against persons unknown, but eventually you will need to find an actual person against whom to enforce any restitutionary order.

It is particularly useful if you can link the misappropriated digital assets to a crypto-exchange, since they are required to keep ‘know your customer’ information of which disclosure can be sought. Specialist investigation companies can be enlisted to trace the digital assets to an exchange.

Norwich Pharmacal Orders (NPO) and/or Bankers Trust Orders (BTO) can be used to request third-party disclosure from an exchange. In Robertson, Moulder J made a BTO requiring Coinbase to disclose information in relation to its account-holder.

NPOs are not available against a legal entity based outside the jurisdiction, but a creative alternative may be possible. In AA v Persons Unknown, Bryan J made a third-party disclosure order out of the jurisdiction using an ancillary order to the proprietary injunction.

Digital assets can be traded from anywhere so you may need to persuade a judge that the wrongdoing has a sufficient nexus with the jurisdiction of the English court. You may also need to justify a request for service out of the jurisdiction and/or by an alternative means.

Following the BTO in Robertson, the claimant was able to trace the owner of the Coinbase account to Nigeria and, as such, was given permission to serve a claim out of the jurisdiction.

Where an exchange holding the digital assets is located outside the jurisdiction, this can present further challenges. In AA v Persons Unknown permission was given for service of the claim outside of the jurisdiction under two jurisdictional gateways, namely: (5) for interim remedies in support of foreign proceedings ; and (9) for claims in tort where the loss or the act occurred in the jurisdiction. The application of these jurisdictional gateways has been criticised, as there was no mention of present or future foreign proceedings capable of engaging gateway 5 and it was not established where the loss was suffered or where the act was committed by persons unknown. Claimants attempting to rely on this case in without-notice applications should bear these issues in mind.

The court has power under CPR 6.15 to make an order for service by an alternative method and claimants have obtained orders for service against persons unknown at one or more of: the email address used to make a ransom demand; addresses disclosed by exchanges; social media channels; and by filing it at court.

In Toma v Murray [2020] EWHC 2295 (Ch), a trader transferred bitcoin but the payment was reversed leaving them without their bitcoin or their money. The new holder of the bitcoin was identified as Mr Murray. The interim freezing order over the bitcoin was not maintained as the court was satisfied that on the balance of convenience Murray had sufficient assets to meet any claim and that damages were an adequate remedy.

A key issue facing the court is the volatility of the price of bitcoin. The court considered the value given to the bitcoin at the time of the sale, and consequently deemed it to be a claim for the price paid. The defendant was precluded from selling the bitcoin in the interim without the consent of the claimant as a means of neutralising the risk, though clearly a sharp rise or fall in the price of bitcoin will be important to the parties.

Where a defendant has been identified and does not pose a risk of disappearing, claimants may have to accept that damages might be considered an adequate remedy and should attempt to quantify their loss accordingly.

Cases have clearly shown that English courts have established useful ground rules for responding to claims involving digital assets. Claimants can therefore initiate urgent without-notice applications for interim relief with full confidence that the law has adapted and will continue to adapt to the challenges posed by new technology.