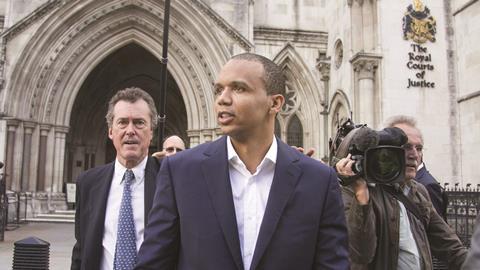 On 25 October, the Supreme Court handed down its judgment in Ivey v Genting Casinos [2017] UKSC 67, and in doing so swept away 35 years of confusion about the correct test for dishonesty in legal proceedings. In this article, I shall endeavour to describe how things went wrong from 1982 onwards, and to explain why the Supreme Court’s correction is most unlikely to make any difference to the outcome of disciplinary proceedings against solicitors and other professionals. The facts of Ivey, which reveal a fascinating and brilliantly clever ‘sting’ upon Crockfords casino, are irrelevant to the issues discussed below and need not be summarised.

The word ‘dishonestly’ was introduced in the Theft Act 1968. Section 1(1) defined theft as the dishonest appropriation of property belonging to another with the intention of permanently depriving the other of it. In the early days of the new statutory offence, judges were encouraged not to seek to define dishonesty in their summings-up. The general belief was that it was a simple word, easily understood by juries (see R v Feely [1973] QB 530). 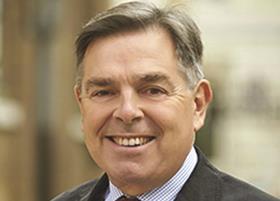 Subsequent criminal cases threw the meaning of ‘dishonestly’ into confusion, and this was resolved by the Court of Appeal in R v Ghosh [1982] QB 1053.

This brings us to the heart of the problem. Is ‘dishonestly’ in section 1 of the Theft Act 1968 intended to characterise a course of conduct? Or is it intended to describe a state of mind? If the former, then we can well understand that it could be established independently of the knowledge or belief of the accused. But if, as we think, it is the latter, then the knowledge and belief of the accused are at the root of the problem.

So dishonesty in the Theft Act was held to be a subjective rather than an objective concept, descriptive of a state of mind rather than a course of conduct. The court then laid down the so-called twin subjective/objective test of dishonesty in the following terms: ‘In determining whether the prosecution has proved that the defendant was acting dishonestly, a jury must first of all decide whether, according to the ordinary standards of reasonable and honest people, what was done was dishonest. If it was not dishonest by those standards, that is the end of the matter and the prosecution fails. If it was dishonest by those standards, then the jury must consider whether the defendant must have realised that what he was doing was by those standards dishonest.’

The errors made in Ghosh were: (i) to create a false opposition between dishonesty as a course of conduct (the objective element) and as a state of mind (the subjective element); and (ii) to introduce as the ‘subjective’ element of the test a state of mind very rarely encountered, that is to say a failure to appreciate by the accused that ordinary and reasonable people would consider his actions to be dishonest. The terms ‘objective’ and ‘subjective’ have bedevilled this area of law ever since, and have contributed to the degree of confusion that developed.

In the event, the decision in Ghosh, and the introduction of the twin objective/subjective test, had only a limited impact in criminal cases. At the time, and for some years afterwards, I had a predominantly criminal practice. I never once came across a case in which a Ghosh direction was necessary. The Court of Appeal later ruled that there is no need to give a Ghosh-based direction unless the defendant has raised the issue that he did not know that anybody would regard what he did as dishonest (R v Roberts (W), 84 Cr App R 117, CA). I have sat as a recorder in the Crown court since 1998 and was never asked to give a Ghosh direction.

A case raising a Ghosh issue in the criminal courts was therefore – and remained – very much the exception. In the decades after Ghosh was decided however, the civil courts also had to consider the meaning of dishonesty. The House of Lords in Twinsectra v Yardley [2002] UKHL 12, adopted and restated the Ghosh test as the appropriate test for dishonesty in the context of accessory liability for breach of trust. Thereafter, subsequent Court of Appeal and Privy Council decisions suggested that the Ghosh/Twinsectra subjective limb was erroneous (see the powerful dissenting opinion of Lord Millett in Twinsectra, and then Barlow Clowes International Ltd (in liquidation) v Eurotrust International Ltd [2005] UKPC 37; Abou-Rahmah v Abacha [2006] EWCA Civ 1492; and Starglade Properties Ltd v Nash [2010] EWCA Civ 1314, [2011] 1 Lloyd’s Rep FC 102). By 2017, we had reached the bizarre situation in which ‘dishonesty’ arguably carried a different meaning in civil law from that applied in the criminal law.

In the context of disciplinary proceedings, which occupy territory midway between the civil and the criminal law, the courts rejected the suggestion that they should follow the Barlow Clowes line of authority (see Bryant and Bench v Law Society [2007] EWHC 3043 (Admin) in which the Divisional Court set aside a finding of dishonesty against one of the appellants and emphatically held that the Twinsectra subjective/objective test should have been adopted). Subsequent High Court cases in the disciplinary sphere did nothing to reduce the confusion created by the Ghosh/Twinsectra test (see Uddin v GMC [2012] EWHC 2669 (Admin), Professional Standards Authority for Health and Social Care v Health and Care Professions Council, David [2014] EWHC 4657 (Admin), Hussain v GMC [2014] EWCA Civ 2246, and Kirschner v GDC [2015] EWHC 1377 (Admin)).

In his masterly judgment in Ivey, Lord Hughes laid bare the unnecessary difficulties which the Ghosh/Twinsectra twin test had created, among which was the unintended effect of the Ghosh decision that the more warped a defendant’s standards of honesty, the less likely they are to be convicted of dishonest behaviour. Crucially, however, his lordship pointed out that the twin test was not necessary to preserve the principle that dishonesty must depend upon the actual state of mind of the defendant. He made clear what had been overlooked, that the courts do not need to invent a two-stage test in order to ensure that an accused’s state of mind is taken into account when assessing whether they have been dishonest. In order to explain this, he used the very example which had compelled the Court of Appeal in 1982 to decide Ghosh in the way that it did: ‘It is plain that in Ghosh the court concluded that its compromise second leg test was necessary in order to preserve the principle that criminal responsibility for dishonesty must depend on the actual state of mind of the defendant. It asked the question whether “dishonestly”, where that word appears in the Theft Act, was intended to characterise a course of conduct or to describe a state of mind. The court gave the following example, at p1,063, which was clearly central to its reasoning:

“Take for example a man who comes from a country where public transport is free. On his first day here he travels on a bus. He gets off without paying. He never had any intention of paying. His mind is clearly honest; but his conduct, judged objectively by what he has done, is dishonest. It seems to us that in using the word ‘dishonestly’ in the Theft Act 1968, parliament cannot have intended to catch dishonest conduct in that sense, that is to say conduct to which no moral obloquy could possibly attach.”

‘But the man in this example would inevitably escape conviction by the application of the (objective) first leg of the Ghosh test. That is because, in order to determine the honesty or otherwise of a person’s conduct, one must ask what he knew or believed about the facts affecting the area of activity in which he was engaging. In order to decide whether this visitor was dishonest by the standards of ordinary people, it would be necessary to establish his own actual state of knowledge of how public transport works. Because he genuinely believes that public transport is free, there is nothing objectively dishonest about his not paying on the bus. The same would be true of a child who did not know the rules, or of a person who had innocently misread the bus pass sent to him and did not realise that it did not operate until after 10am in the morning. The answer to the court’s question is that ‘dishonestly’, where it appears, is indeed intended to characterise what the defendant did, but in characterising it one must first ascertain their actual state of mind as to the facts in which they did it. It was not correct to postulate that the conventional objective test of dishonesty involves judging only the actions and not the state of knowledge or belief as to the facts in which they were performed. What is objectively judged is the standard of behaviour, given any known actual state of mind of the actor as to the facts’ [emphasis added].

A further passage from paragraph 74 of the judgment also merits quotation: ‘When dishonesty is in question the fact-finding tribunal must first ascertain (subjectively) the actual state of the individual’s knowledge or belief as to the facts. The reasonableness or otherwise of his belief is a matter of evidence (often in practice determinative) going to whether he held the belief, but it is not an additional requirement that his belief must be reasonable; the question is whether it is genuinely held. When once his actual state of mind as to knowledge or belief as to facts is established, the question whether his conduct was honest or dishonest is to be determined by the fact-finder by applying the (objective) standards of ordinary decent people. There is no requirement that the defendant must appreciate that what he has done is, by those standards, dishonest.’

The effect of Ivey upon professional disciplinary proceedings

Over the last 20 years, I have probably represented more solicitors charged with dishonesty than any other barrister in practice. Time and again, the Solicitors Disciplinary Tribunal has found the ‘objective’ element of the Ghosh/Twinsectra test proved, but acquitted the solicitor of dishonesty because it was not satisfied that the ‘subjective’ element had been proved to the requisite standard. 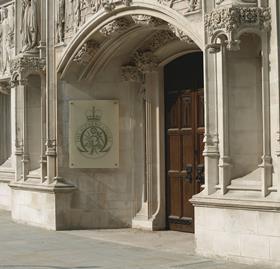 Ironed out an unnecessary kink in the law

Yet in all of those years, I have never encountered a solicitor who relied upon the Ghosh subjective element, and claimed that they did not realise that other people would consider their behaviour to be dishonest. The defence in every case has been that the solicitor did not intend to behave dishonestly, and did not consider that they had been dishonest.

In reality, what the tribunal has done in those cases, despite the confusion introduced by the Ghosh/Twinsectra twin test, has been to analyse whether the respondent solicitor had a dishonest state of mind. This is precisely what the judgment in Ivey now requires it to do. Instead of a two-stage test, incorporating a confusing and artificial second stage, disciplinary tribunals will now have to carry out a simpler one-stage test, looking at all the facts and circumstances, including the solicitor’s state of mind, and then consider whether the prosecution has proved dishonesty. Henceforth, it is to be hoped that the words ‘objective’ and ‘subjective’ can be banished from discussion of dishonesty. Those words have sown confusion, not only in issues surrounding dishonesty, but also those surrounding an equally confused concept – lack of integrity. But that is a matter for another day and another article.

For the time being we can feel relief that an unnecessary kink in the law has been ironed out, although I do not believe that it will make any real difference to the outcomes of disciplinary proceedings against solicitors.

Gregory Treverton-Jones QC specialises in regulatory and disciplinary issues concerning legal professionals. He is co-author of successive editions of The Solicitor’s Handbook (2008-2017), Disciplinary and Regulatory Proceedings (8th edition, 2015) and an editor of Cordery on Legal Services