Some civil litigation is heavily dependent on expert evidence, and it can often be relevant to issues of liability and quantification of damages. Despite this, both the parties and the court still grapple with the way in which expert evidence should be managed, prepared and presented. 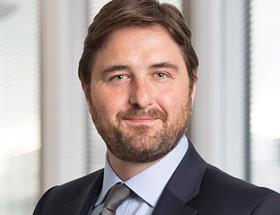 Interaction with the scope of disclosure

A difficult area for the court and parties can be the interaction of expert evidence and the scope of disclosure. Courts are increasingly anxious to rein in disclosure and in some larger cases are already moving away from ordering standard disclosure in favour of disclosure by category or issue. This is likely to become the norm in the Business and Property Courts with the introduction of a new disclosure regime as a result of the disclosure pilot (expected to come into force next January).

In cases in which expert evidence will play a central role, the scope of disclosure can be driven in part by the need to provide the parties’ experts with the data and documents they require for their work. It is sometimes necessary, therefore, for experts to provide input, including evidence, at the interlocutory stage about what data and disclosure they need and why. If the parties’ experts take different views about the appropriate approach to their evidence and the disclosure necessary for it, the court may be faced with the choice of making a very wide disclosure order, which would supply both experts with the disclosure that they want, or limiting that disclosure and thereby ruling out the approach that an expert witness might wish to take. There is no single solution to this dilemma.

Two competition cases show the different approaches. In Emerald v BA (unreported), the court, troubled by the potential scope of disclosure, gave directions as to the methodology that the experts must follow in carrying out their analysis in order to narrow the disclosure necessary. This may seem like the kind of proactive case management so often called for, but some doubt whether the court is in a position to make a proper assessment as between the rival expert approaches at interlocutory stage.

Indeed, this concern appears to have driven Green J in Peugeot v NSK [2017] CAT2 to conclude that disclosure could be given because it was not possible for the tribunal to form even a preliminary view as to the merits of the competing arguments. The most it could do was form a view of whether the disclosure was capable of being useful and relevant.

The interaction between the scope of disclosure and the approach to expert evidence is likely to become much more common under the disclosure regime that will be introduced by the pilot, under which the parties will have to justify why anything more than basic disclosure is required. The parties will need to be ready to put a cogent case for the disclosure that their expert needs, with supporting evidence from their expert if necessary, and the court will need to address the issue with care given the significant ramifications it can have on the outcome of a case.

Ships passing in the night

It is expected that directions for expert evidence will include an order for the parties’ experts to meet after service of their reports to seek to narrow the issues between them and to prepare a statement setting out areas of agreement and disagreement. What is not always appreciated is that the court may also require experts to meet in advance of preparing their expert reports, and are increasingly doing so. This approach, advocated in Chancery Modernisation Review: Final Report, is intended to narrow the issues that need to be addressed in the expert evidence and, where different approaches might be adopted by experts (for example scientific tests or economic analysis), to avoid a complete mismatch between the reports, as a result of which they simply do not engage with the same issues and pass like ships in the night. As UPL Europe Ltd v Agchemaccess Chemicals [2016] EWHC 2889 demonstrates, if a party fails to engage on the proposed approach of experts, even if not actually directed to do so, this can result in adverse cost orders.

Most expert evidence is still given in the traditional way through cross-examination. But there is a great deal of flexibility available which is not often used.

One such tool available to the court is to ask the parties’ experts to give the judge a ‘teach-in’. This is useful in cases where the expert evidence addresses technical issues. It involves the experts giving a neutral lesson in the technical areas underlying the expert evidence, including in some cases a ‘technical primer’. It is intended to be non-adversarial. The practice seems to have originated from IP litigation but has extended to other technical cases such as telecoms and competition cases (see Imperial Tobacco Group plc and Imperial Tobacco Limited v Office of Fair Trading [2011] CAT 41 and BT Plc v Office of Communications [2017] CAT 25).

The provisions in PD 35 concerning expert evidence were revised in November 2017 regarding ‘hot-tubbing’ – the process by which expert evidence is given concurrently by the parties’ experts. It can take many forms, but usually involves judge-led questioning of the experts, with an element of questioning from the advocates. Hot-tubbing is used but is still far from common. Among its advantages are that it allows the evidence to be focused on the issues which the tribunal is most concerned with and, as the questioning comes from the tribunal and not the opposing advocate, it can lead to more open responses from experts. It does, however, require the tribunal to be well prepared and to take a hands-on approach.  From the parties’ point of view, hot-tubbing involves some loss of control over the areas covered by the oral evidence, as the opportunities to cross-examine are often limited.

The perceived advantages, including importantly a saving of trial time, are expected to lead to its greater use over time.

Nicholas Heaton is a committee member of the London Solicitors Litigation Association and a partner at Hogan Lovells, London.