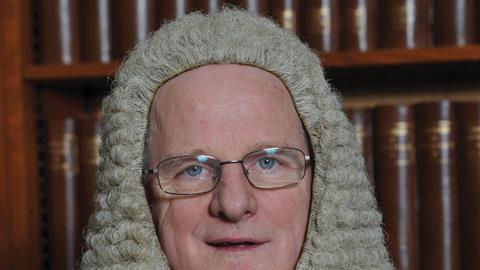 Dispute over wage deduction for strike

How much is an employer entitled to withhold for unauthorised absence?

A recent case in the Court of Appeal, Hartley & Others v King Edward VI College [2015] EWCA Civ 455, considered the amount an employer is entitled to withhold from the salary of sixth form college teachers in respect of a day’s strike action, and the effect of the Apportionment Act 1870 on contracts of employment.

Both parties agreed that a proportion of a sixth form teacher’s pay could be withheld for each day of strike action in which they participated; the dispute was about the amount that could be deducted. While particularly salient to the education sector, the decision is also relevant to all employment contracts where the contract does not explicitly provide for the amount that may be withheld for unauthorised absence.

On 30 November 2011, the three claimant teachers took part in a one-day national strike called by their union. Following the strike, the defendant sixth form college deducted 1/260 of their annual salary from their monthly salary. The claimants contended that the correct deduction was 1/365.

The teachers’ contracts of employment incorporated the terms of the national collective agreement for sixth form teachers known as ‘the red book’, which draws a distinction between directed and undirected time but does not explicitly set out the amount that could be withheld. Directed time is the time when teachers are required to be at school carrying out directed activities (principally teaching), whereas undirected time is the time in which teachers undertake ancillary tasks such as preparing lessons and marking papers.

The parties had agreed that the county court was bound by a previous judgment (Mr Justice Jay in Amey v Peter Symonds College [2013] EWHC 278), which had held that 1/260 was the appropriate amount to be deducted for each strike day.

The appeal was dismissed by Lord Justice Elias (pictured), who provided an interesting analysis of the true effect of the relevant act.

First, he considered whether the act applied to employment relationships, holding that it did so where the common law principles pertaining to entire contracts and substantial performance would otherwise operate.

Second, there is an interesting suggestion in paragraph 47 of the judgment that the common law rules applicable to entire contracts may be susceptible to development in light of modern employment conditions and practice.

This could indicate an area for possible future development of the law in this area, as it is probably true to say that under modern employment conditions neither employers nor employees generally operate on the basis that a salary is paid monthly or annually in return for substantial performance, but rather on the basis that both pay and work are linked and divisible.

Moreover, modern employment rights legislation, in particular in relation to working time and paid annual leave, is also constructed on an implicit assumption of divisibility.

Another point that was clarified was that there is no reason to assume that the effect of section 2 of the act was to require that payment should accrue by regular and equal increments – if it did so, the effect would result in unfairness and rigidly applying a daily rate of 1/365 would be unjust.

Likewise, even if the principle of equal daily accrual is implicit in section 2, parliament must surely have intended to allow contracting out from that principle, although he said that he could find no satisfactory way of doing so.

Also requiring a degree of clarification was the question of what constitutes an ‘express stipulation’ within section 7 of the act. If section 2 requires pay to accrue at an equal daily rate, the requirement for an ‘express stipulation’ to exclude the application of that principle would be satisfied if there were a clear intention derived from the contract that the principle should not apply. This would be the case even if the contract did not resolve precisely how pay is related to work performed.

The best starting point is to look at the terms of the contract, and if those terms, by necessary implication, establish a relationship between work, time and pay which is inconsistent with equal accrual over each and every calendar day, section 2 of the act would be overridden by section 7.

The teachers’ appeal failed on two alternative grounds: either on the basis that the principle of equal daily accrual is not implied into section 2 of the act; or in any event that any such principle is excluded by the teachers’ contracts pursuant to section 7. Permission to appeal has been refused by the Court of Appeal, though it remains to be seen whether this refusal is followed by an application for permission to the Supreme Court.

The Court of Appeal’s judgment will clearly be welcome news to sixth form colleges – the amount in dispute in this particular case was small, but for the sector as a whole a finding in the teachers’ favour would have cost around £300,000 per strike day. The judgment confirms the position taken by such institutions to date regarding the amount of teachers’ pay withheld in the event of unauthorised absence.

By providing clarification regarding the act, this case may also prove useful in other situations where an employment contract is ‘silent’ as to the way in which apportionment is calculated.