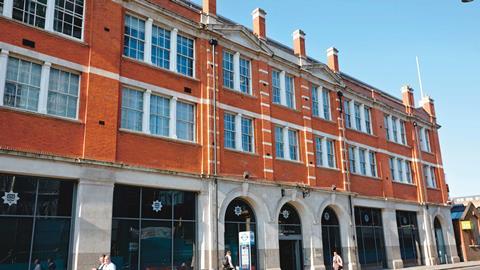 After 40 years as a chairman, but never an advocate, I recently experienced life as a litigant in person confronting two tribunals. What most surprised me was the routine disregard of natural justice, also known as procedural fairness.

In 2012, a fire occurred in a block of flats and arson was suspected. The London Fire Brigade (pictured) produced a fire investigation report. On behalf of the landlord company, I requested a full copy under the Freedom of Information Act 2000.

The fire brigade provided a redacted version of its report. Paragraphs headed ‘human behaviour’ and ‘deliberate ignition’ were completely blacked out. The covering email stated that they were ‘not required to disclose personal information relating to third parties’. My complaint to the Information Commissioner failed. So I appealed to the Information Tribunal (First-Tier Tribunal).

My first surprise was an ‘open response’ from the Information Commissioner referring to reasoning set out more fully in his ‘closed response’. Undisclosed responses are contrary to natural justice and, therefore, impermissible unless authorised by legislation, which should be construed restrictively (see Lord Neuberger’s judgment in Bank Mellat v HM Treasury [2012] UKSC 33). The only relevant provision is rule 14(6) of the Tribunal Procedure (First-tier Tribunal) (General Regulatory Chamber) Rules 2009, under which the Information Tribunal could see the unredacted report without disclosing the redacted information to me. But nothing in the rules allows ‘closed’ representations or submissions.

The Information Tribunal has published a practice note, Closed Material in Information Rights Cases (May 2012), which states that ‘the law permits the tribunal to deviate from the normal rule [of full disclosure] but only so far as is necessary to ensure that the purpose of the proceedings is not defeated’. However, any deviation must be authorised by a judge, after a written application, who may propose editing or redrafting so as to confine non-disclosure to the disputed information. The note does not authorise ‘closed’ representations or submissions.

This practice note was ignored. The Information Commissioner’s ‘open’ and ‘closed’ responses both pre-dated a case management note issued by the tribunal’s registrar accepting the ‘closed response’ without disclosure to me. There had, evidently, been no prior application to a judge and no judicial deliberation about editing or redrafting the closed response to justify non-disclosure as ‘necessary’.

At the FTT hearing, after opening statements, I was surprised again when HH Judge Shanks (presiding) instructed me to leave the room. As explained in the FTT decision: ‘For obvious reasons and in accordance with normal practice… there was a “closed session” in the absence of Mr Farrand during which the tribunal questioned the commissioner and the fire brigade about the redactions and they made some oral submissions.’

The crucial distinction between disputed information, which can be kept ‘closed’, and representations, which cannot, plainly escapes these tribunals.

After the ‘closed session’, Judge Shanks offered an oral summary of five points raised but no opportunity of answering them. None of the points necessarily involved disclosure of disputed information.

The decision of the FTT in Julian Farrand v Information Commissioner [additional party London Fire Brigade EA/2013/0051] dated 23 October 2013, was no surprise: ‘The tribunal dismisses the appeal.’ But the reasoning was an offensive surprise. Although the tribunal found that disclosure of the redacted text was ‘necessary’ for my legitimate interests, they took into account ‘the apparent animosity towards [the data subject] which we observed’ and conjectured that there would be a real risk of publication causing her distress if the redacted information were disclosed to me.

However, at the hearing neither of the respondent’s barristers had made any submissions about animosity and its implications. Nor was this mentioned by the tribunal. Consequently, there was no opportunity of making representations contradicting the tribunal’s unfounded and prejudicial impression and my application for permission to appeal to the Upper Tribunal was primarily because of this breach of natural justice, citing Lord Neuberger’s judgment in Murphy v Wyatt [2011] EWCA Civ 408.

The FTT decision was duly set aside and then remade by HH Judge Jacobs in Farrand v Information Commissioner and London Fire and Emergency Planning Authority [2014] UKUT 0310 (AAC), redated 3 September 2014. The remade decision was unchanged: appeal dismissed. But his reason was different: ‘Disclosure of the redacted information was not necessary for the purposes of [my] legitimate interest.’ In his opinion, it was sufficient for the landlord company to see the banal conclusion in the report that the fire was ‘most likely caused by a naked flame’. This was a shocking surprise.

At the hearing, Judge Jacobs deliberately gave no indication that he might reverse the FTT’s finding in this respect, which had not been challenged. Refusing permission to appeal, he stated: ‘It would not have been appropriate to tell you what was in mind, because I did not decide what to do until after the hearing.’ But this approach ‘has the effect of depriving the parties to the action of the benefit of one of the most fundamental rules of natural justice: the right of each to be informed of any point adverse to him that is going to be relied upon by the judge and to be given an opportunity of stating what his answer to it is’ (per Lord Diplock in Hadmor Productions Ltd v Hamilton [1983] 1 AC 191 at p233). Judge Jacobs had set aside Judge Shanks’ decision for just such a deprivation.

The primary ground in my application for permission to appeal to the Court of Appeal was that Judge Jacobs had failed to observe procedural fairness. This received short shrift from Lord Justice Lewison: the ground did not ‘raise an important point of principle or practice’. It merely asserted ‘a misapplication of well-settled principles’. Not compelling enough to pass the ‘second appeals test’ protecting Court of Appeal judges from persistent LiPs and, incidentally, exempting Upper Tribunal judges from applying the rules of natural justice properly.

Julian Farrand is a solicitor (admitted 1960) specialising in property law, primarily as an academic. He was formerly a law commissioner and an ombudsman in the insurance and pensions sector