The recent decision of the Commercial Court in Prime London Residential Development Jersey Master Holding Ltd v Withers LLP has again emphasised how important contemporaneous notes and documentary evidence can be if a matter later becomes contentious and the parties end up embroiled in a dispute. 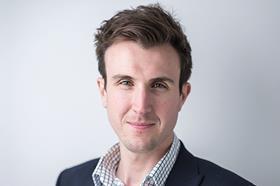 The case in question was a professional negligence claim against solicitors for allegedly negligent advice given by a litigation partner at the firm. In the judgment, a key meeting was described by HHJ Pelling QC as ‘shrouded in mystery largely because none of the participants took any notes at any stage in the process’. While the claim largely failed on the issue of causation, the comments of Pelling about the lack of notes made in relation to this key meeting serve as a useful reminder not just to professionals giving advice to clients, but to all businesses when key decisions are being made.

There are several reasons for this. First, the court is usually cautious not to place too much weight on witness evidence and a witness’s recollection of events, as it is alive to the fallibility of the human mind. In other words, the danger that a witness’s memory of events which took place some time ago is either poor or unreliable, sometimes as a result of the witness reconstructing events in their own mind over time, which can give rise to legitimate confusion or dispute about what actually happened.

Given that disputes often rumble on informally for some time before lawyers become involved, if you then factor in pre-action steps and the time it takes from issuing proceedings to the matter coming before the court at trial, parties can find themselves giving evidence in court on events which took place many years ago.

It is easy to see in those circumstances how the reliability of that recollection may not always be the most robust, nor provide the court with the most cogent evidence on which to base its decision. For those reasons, the court is usually minded to place greater emphasis and reliance on any notes, correspondence or documents produced at the time, rather than specific details which a witness has recalled from memory many years after the event or meeting in question.

Moreover, not only are such documentary records important in supporting a party’s case at trial – whether claimant or defendant – they can also be crucial in resolving a dispute at an early stage through alternative dispute resolution processes such as mediation. The benefits for both parties in resolving disputes on an amicable basis at an early stage can be significant, not only in terms of costs but also in the ability to maintain a good commercial relationship moving forward. Those disputes that hinge on one party’s word against another can prove more difficult to settle and are more likely to result in the parties becoming entrenched in their positions, with both sides equally convinced of their version of events.

It is clear that courts are becoming increasingly circumspect about witness evidence and this is likely to be one of the reasons for the new rules for witness statements in the Business and Property Courts under Practice Direction 57AC (see opposite). Much closer scrutiny is being placed on how a witness statement is prepared and what the limits of that evidence should be. Indeed, the practice direction makes express reference to how the process of repeatedly revisiting a draft statement may ‘corrupt rather than improve recollection’.

For those giving and receiving professional advice, it is always sensible to have a record of any key discussions or meetings so that the parties can refer back to them at a later date if necessary. While the case in question was a professional negligence claim, the importance of clear note-taking of important decisions or negotiations is of much wider application.  Professionals are usually at the more cautious end of the spectrum in terms of noting key events, but being able to evidence why a particular decision was reached or the rationale behind the advice being given is equally important for other businesses. On a similar note, contracts agreed orally are more difficult to enforce than those recorded at the time in writing, where the terms have been clearly set out and there is little scope for challenging what was actually agreed.

Such written records are, though, of little use if a party does not also have good document preservation and location systems in place. This has become somewhat easier in recent years given developments in technology, the receding reliance on handwritten notes and the ease with which a key conversation or meeting can be quickly and conveniently recorded in a brief email at the time or shortly thereafter.

The clear takeaway for all businesses therefore is that the importance of keeping a clear and accurate documentary record of important decisions, meetings or events should not be underestimated. Quite understandably, parties do not generally set out with the mindset that, some years later, they may end up sitting across from each other in court. But having good record-keeping procedures can ultimately prove to be a useful risk mitigation and dispute avoidance strategy, resulting in significant cost savings in the longer term.

In the event that parties do find themselves in a dispute, it is important to remember that a court will invariably place more weight on documentary evidence in relation to a particular issue than it will on a witness’s recollection of matters years later.