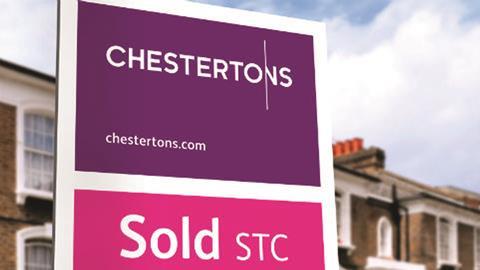 In Chesterton Global Ltd v Nurmohamed [2017] the Court of Appeal found that a disclosure made in the private interests of the worker could satisfy the ‘public interest’ test.

While this decision means that workers may, in some circumstances, be able to establish that a disclosure made in relation to their own private interests satisfies the public interest test, the Court of Appeal warned that employment tribunals should be cautious to make such a finding and a number of factors should be taken into account.

In 2013, the Employment Rights Act 1996 was amended to introduce a requirement that, for whistleblowing purposes, the qualifying disclosure needed to be made ‘in the public interest’. The change was introduced to reverse the effect of Parkins v Sodexho Ltd [2002] [IRLR 109] which effectively allowed workers to use the enhanced protection of the whistleblowing legislation to bring claims about alleged breaches of their own employment contracts.

Mr Nurmohamed, an estate agent, was employed by Chestertons as director of its Mayfair office in London. Mr Nurmohamed was paid commission for his work. He complained that under a new commission structure, profitability figures were being artificially suppressed by his employer so as to reduce the level of commission payable to 100 senior managers including Nurmohamed. He subsequently brought proceedings in the employment tribunal alleging that he suffered a detriment and was dismissed by reason of the disclosure.

Nurmohamed could only rely on the protection of the whistleblower legislation if he could show that he reasonably believed that the disclosure about his employer’s commission structure was made in the public interest. Both the employment tribunal and employment appeal tribunal (EAT) found that Nurmohamed’s disclosure had been made in the public interest. Chestertons appealed.

In the wake of what is undoubtedly one of the key cases of 2017, employers may see a resurgence of claims seemingly founded on self-interest advanced under the whistleblower legislation and will need to think carefully when managing workers who have raised complaints or concerns about private issues relating to the worker as an individual or unique to the employer’s workplace.

Going forward, workers may be able to avail themselves of the statutory protection for having raised concerns about their own private interests if they reasonably believe that other workers are also affected (either in their workplace or in the wider sector). Further, and more significantly, a worker could benefit from the protection if they reasonably believe that the public may be affected or interested in the alleged breach. It is a relatively low hurdle for the worker to overcome. There is no requirement for the worker to prove that other workers, or the public, are affected; only that she or he has a reasonable belief that the disclosure is in the public interest. And there is no requirement for a worker to make a disclosure in good faith – this was removed in 2013.

Employers can be assured that more trivial matters relating to a specific worker’s individual and unique situation are unlikely to satisfy the public interest test. However, large employers are more likely to be affected by the decision; due to the size of their workforces, their workers are more likely to be able to point to a co-worker(s) in the same situation. Public sector employers who engage large workforces on often nationally agreed terms and conditions will be further exposed in that their services are public in nature and their workers will find it easier to demonstrate that service users, or the wider public, would be interested in a disclosure. Larger private sector employers are also likely to feel the effects of the decision. Certainly workers engaged by employers with a recognised brand name and whose activities are subject to public scrutiny (which is easily facilitated nowadays by social media) may find it less challenging to show that their disclosure is made in the interest of customers and the wider public.

For employers, there seems to be little value in changing their policies in light of the decision. Imposing a requirement that any disclosure has to satisfy a public interest test (which may vary on a case-by-case basis) rather than encouraging workers to raise concerns about wrongdoing generally, may dissuade workers from raising genuine concerns and only serve to add a further layer of complexity for employers to address.

Tribunals will still be required to consider each case on its merits and take into account the four relevant factors laid down by the Court of Appeal. While this denies many employers and workers a degree of certainty about whether or not a disclosure is protected by the whistleblower legislation, it allows the tribunals some judicial flexibility when deciding whether the public interest test is satisfied. The decision certainly adds a further twist to the journey of the whistleblower legislation and will no doubt be tested by the tribunals and courts on the road ahead.

Kate Shute is senior associate in the NHS employment team at Hill Dickinson.