Legal services markets and jurisdictions are increasingly competing with each other due to economic and societal changes. Civil courts have become vital institutions which do much more than just applying or interpreting legislative acts. They decide on significant market parameters, shape economic policies and guarantee civil rights. 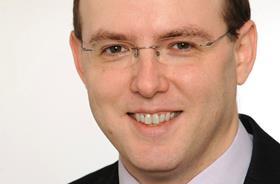 Against this background, a comparison of the adversarial and the inquisitorial systems might be of value, taking Germany as an example of an inquisitorial system. In this context, I would like to sketch the issue of case management in both systems. Given the importance of civil proceedings, they are up to the task only if they are well managed.

The CPR provides sophisticated means to address the individual complexity and the particular circumstances of a dispute. Generally, case management starts in England with the allocation questionnaire and the management directions given by the court. Complex disputes may require a case management conference.

The case management conference is a very useful tool to structure complex proceedings and prepare the trial. Practice Direction 29 paras 5.1 – 5.9, and in particular paras 5.3 and 5.4 can be viewed as a procedural lancet, that allows for a high degree of disentanglement, structuring and party initiative. English case management conferences are very much in the focus of German legal experts as an example of high-end litigation.

Similar considerations apply to CPR part 3. In its scope and detail, it goes far beyond the few German provisions on case management which do not allow this degree of individual approach and significantly rely on a very strong judge to use his or her powers in a reasonable manner.

As already alluded, there are no case management conferences in the German civil procedure. The management of the case by the court is abstractly codified in a few provisions in the Civil Procedure Code, mainly in s. 272, s. 273 and in s. 139. The German Civil Procedure Code is freely available in English online. There are no tracks, no track allocation, no exchange of witness statements and no disclosure. As a rule, there is one expert appointed by the court that usually heralds the end of the proceedings, in many cases without oral examination. Moreover, it is the judge who decides which evidence to admit to be heard at trial or to reject.

There is no division in procedural and trial judges. The case is handled by the same judge or panel of judges from the outset and until the completion of the proceedings.

In most cases, the court orders the exchange of detailed written briefs. The briefs contain statements of facts and law since parties can be precluded from presenting further facts after a period of time. The briefs also contain appointment of witnesses, but no witness statements are disclosed before trial.

There is no disclosure, and the parties present only such evidence that speaks in their favour. Since no disclosure is available, to prevent surprises at trial, a very important provision of the German Civil Code is s. 139. It is even called the ‘Magna Carta’ of German Civil Procedure by some German legal scholars. The first sentence of the provision reads:

‘To the extent required, the court is to discuss with the parties the circumstances and facts as well as the relationship of the parties to the dispute, both in terms of the factual aspects of the matter and of its legal ramifications, and it is to ask questions.’

According to s. 139, the court shall give appropriate instructions if it determines that a party has made incomplete, ambiguous or inconclusive claims, if evidence is missing or if the legal assessment of the court strongly contradicts the legal assessment of the situation by a party. Remarkably, there is substantial leeway regarding the provision of said instructions by the court. A hearing in combination with sparsely given instructions according to s. 139 (or not given at all) can spell doom for an unfortunate party.

It is fair to say that the German inquisitorial system is tailored to small-scale civil disputes of reasonable complexity, that can be time and cost-efficiently determined by a fair-minded judge with relevant experience.

In the present author’s view, a fact-based, accurate system of adjudication rich in sophisticated procedural tools might require careful gauging, streamlining of some processes or maybe even an introduction of new measures, but generally it is the way forward.

All things considered, I believe that the leading position England occupies in the legal services market for high stakes litigation will not be easily toppled by the currently discussed civil law alternatives without transplanting major tenets of the English civil proceedings into those systems. Which never is a simple task.

Dimitri Schneider is dual qualified in Germany and in England. His areas of practice are corporate, commercial and litigation, with emphasis on the needs of internationally active SMEs.