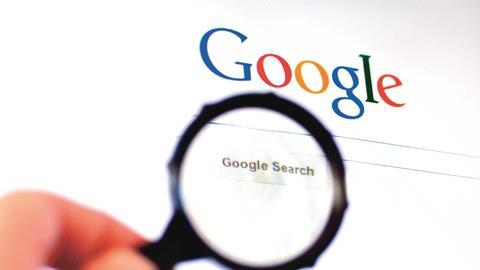 What are the key competition law issues in digital economy cases?

The European Commission has made increasing use of a procedure under article 9 of Regulation 1/2003 to resolve EU competition law cases by accepting commitments from the investigated parties but without imposing a fine. But it has rejected successive commitments offered by Google in a five-year investigation alleging search bias. The case has resurrected criticisms of the effectiveness of the EU’s competition law machinery in tackling abuse of dominance in the digital economy.

The world has come a long way since Archie was created as the world’s first search engine in 1990. Lycos appeared in 1994, followed by AltaVista, Excite, Infoseek and Magellan a year later. Google was incorporated four years later and by 2011 comScore reported that nine out of 10 Europeans use Google for online search.

The pace of development and commercialisation of search is characteristic of industries operating in the ‘new’ or ‘digital’ economy. They tend to display features such as falling costs, modest capital requirements, high rates of innovation, rapid and frequent entry and exit, as well as economies of scale in consumption (or what economists call ‘network externalities’).

Control over an important input or distribution platform may (but does not necessarily) mean that a company acquires a position of market power as a gatekeeper to other markets. It is not surprising, then, that some of the more difficult competition law cases tend to play out in such markets.

Much of the debate about the Google case has focused on remedies. Those issues cannot be divorced from the underlying substantive issues. Novel and controversial theories of harm have been raised.

At first sight it might appear that the preference shown by a dominant company to its own services could be a classic abuse of dominance. However, on closer inspection this conclusion does not automatically follow. It may be asked why Google cannot show what it considers to be its own directly responsive results, since that is precisely what a search engine does and is a core value proposition. Search engines will compete on the basis of their own offering by showing exactly what they consider to be responsive to a user query.

An issue for competition, then, is what Google should or should not be permitted to do in terms of differentiating itself. Should third parties be entitled to an equal position in Google’s search results? Even if that is accepted, how is that to be achieved in a way that allows consumers to make an informed choice and without destroying Google’s incentives to innovate? These are the issues at the heart of the Google case.

The commission consulted on three offers of commitments from Google before announcing in March 2014 that it was minded to accept the third. In particular, Google has offered a remedy that where it promotes its own services, at least three rivals will be displayed in a ‘comparable’ way, such as by using the same- sized photos.

In June 2014, outgoing commissioner Joaquín Almunia said that the investigation was ‘hopefully coming to an end with the adoption of a decision before the end of my mandate’. However, this did not materialise. Revised objections have been raised by third parties, including the price comparison site Foundem. These question, for example, why Google should be able to give greater visibility to paid links.

It is not unusual for the commission to consult on more than one set of draft commitments. It has not yet accepted commitments in a case involving four rounds. Moreover, where the market test reveals that the commitments on offer are insufficient, the commission should be wary of accepting a revised offer without putting it back to the market, unless it was very obvious that the new package addressed the commission’s concerns.

The commission has to do no more than satisfy itself that the commitments meet its competition concerns. This presents a company offering commitments with a strategic dilemma. They may be forced to offer too much by way of commitments. Given the obvious trade-off between an early resolution and an uncertain legal challenge, it is understandable why the process can be iterative.

The new commissioner, Danish politician Margrethe Vestager, may provide the impetus for a change in direction. Those who expect such a route to be speedier and more definitive may be disappointed. Should the commission proceed to a formal finding of infringement, it cannot expect to be immune from challenge given the vigour with which all sides have pursued their case so far.

Companies operating in digital markets will be wondering where this leaves the future of the commitments procedure. The case serves as a reminder of five key issues to bear in mind about the application of competition law to new economy cases.