Government proposals will extend the time limit for offences of common assault committed in a domestic context. What does this mean and is it more style over substance?

A joint statement has been issued by the home and justice secretaries announcing another amendment to be included in the Police, Crime, Sentencing and Courts Bill, currently before parliament. The proposal is to extend the time limit in which a complaint of common assault can be brought before the courts in certain circumstances. 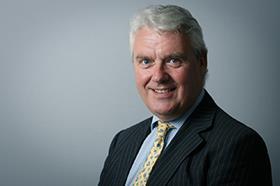 Unlike civil cases, there is generally no time limit as to when a criminal case can be brought before the courts. This in itself is a subject of some debate, as to how fair it is to try people years or even decades after an offence is said to have been committed. There is a relatively small exception to this general rule; namely, that minor offences of assault and criminal damage which can only be tried in the Magistrates’ Courts must be brought within six months of the commission of the alleged offence.

The new proposal relates to offences of common assault alleged to have been committed in a ‘domestic context’. In such a situation, the case can be brought before the court, not within six months of the commission of the offence, but within six months from the date of it being reported to the police subject to an overall time limit of two years. The rationale for this change is that victims of domestic abuse find it harder to have the courage or confidence to make a complaint and this may cause a delay in the matter being reported to the police.

The justice secretary, Dominic Raab MP, put it thus: the government was ‘committed to doing everything we can to protect women, make them feel safer and give them greater confidence in the justice system’.

It goes without saying that this is a laudable aim. Indeed, one could go further and say that the government should be doing everything it can to protect everyone to feel safe and have confidence in the justice system.

Statistically, the overwhelming proportion of victims of domestic abuse are women and it is only right that they should be the focus of the government’s attention. This proposed change, however, throws up a number of questions which parliament will need to consider to ensure that the change in its final form not only protects those it is designed to protect but does not cause injustice to other, potentially vulnerable, members of society.

Thus far, the only detail is that contained in the press release referred to. Is the change to apply to all victims of domestic abuse? Albeit far fewer than women, there are cases that come before the courts of men who are the victims of domestic abuse. Will the change apply to them too? If the rationale applies at all, it surely applies to all those subjected to abuse within the home. Will it apply to children who are the subject of abuse, sometimes from both parents, not just one? And how does one define a ‘domestic context’? Many cases will be obvious, but it is easy to think of greyer areas where it is more difficult to say whether the context is domestic or not. And will this need to be determined as a preliminary issue in order to decide whether the case is within time or not?

Perhaps more fundamentally, is it right to distinguish between two different types of the same offence? It would appear that common assaults falling outside the domestic context will remain subject to the current 6 month limit. Is that fair to other potentially vulnerable members of society? A gay or transgender person may be assaulted due to their sexuality or a person of colour due to the racist views of the attacker. In such cases, the fear instilled in them as a result may be as great as the fear of a victim of domestic abuse. Should the extended limit apply to them? Of course, there are ‘either way’ hate crime offences to which no time limit applies but what if that aspect of the case cannot be proved for whatever reason and so the only prosecutable offence is common assault?

The reason that common assault is triable only in the Magistrates’ Court is that it is an assault that causes little or no injury. Otherwise, it will be charged as assault occasioning actual bodily harm, triable in either the Magistrates’ or Crown Courts and thus to which no time limit applies. It may be, therefore, that this change in the law, if it is enacted, will have little if any impact for the simple and distressing reason that most domestic assaults cause some, often serious, injury.

Many may think that the more important issue to be addressed is to give the victims of domestic abuse the confidence that if they report an assault, however serious or minor, and whenever they report it, the system will not let them down and there will be the infrastructure in place to give them the support they need during the proceedings. This requires greater investment in social services and the police to ensure they can protect victims properly.

This is likely to afford greater protection to victims of domestic abuse rather than a minor change in the law, which may have little practical effect, but does earn the government an easy headline.

Simon Spence QC is a barrister at Red Lion Chambers