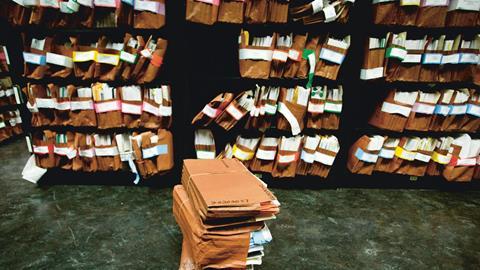 Feeding back to solicitors

One of our strategic priorities at the Legal Ombudsman is to feed back learning to the profession. After all, resolving complaints is only one side of the coin. We also need to make sure that, over time, lessons are learned and common causes of complaints are addressed.

This month we published the first in what will be a series of online case studies. As well as case studies, it includes the latest complaint data and feedback regarding any trends we have identified. Here I will provide a short overview, with reference to some of the cases we have included.

Since we started accepting complaints, the headline trends have remained fairly steady. So, complaints about costs, communication issues and delays have been – and continue to be – the top issues that people complain to us about.

Cost in particular is a common issue. We often see cases where the costs information provided to customers was not sufficient. Commonly, the biggest mistake firms make is not putting the information in writing or recording it properly on their case management system. Whether providing initial quotes, fee reductions or increased costs, it is important to document the information.

Mrs J instructed a firm regarding the sale and purchase of a property in May 2014.

The client entered a verbal agreement with her friend, a solicitor at the firm, for a fee of £200. However, the friend was soon taken ill and replaced by another solicitor. The firm did not quote any other fees verbally or in writing, though there was evidence from an attendance note that the new solicitor would have to charge increased fees. The conveyance also turned out to be more complicated than expected, which meant the firm incurred more costs.

Mrs J complained after being charged more than expected. The final bill was more than £2,000. We investigated and decided that the firm should refund 50% of the fee.

It was clear from our investigation that the firm had not provided any cost information to Mrs J throughout the process, particularly when the new solicitor took over the case; nor when it became clear that the sale and purchase was becoming more complicated. It is good practice for a firm to send a letter at the beginning of the instruction, regardless of the relationship with the customer. And we expect a firm to update their customer if costs increase beyond the original estimate.

The ombudsman took into account that a meeting had taken place with the new solicitor, and that Mrs J should have been aware that she was going to pay more than the £200 she had initially agreed. However, it was also clear that Mrs J had received some benefit. In deciding on a 50% fee reduction, the ombudsman therefore balanced the benefit Mrs J received from the work with the fact that she had no idea what the final bill was going to be.

A more recent trend has seen us looking at a number of cases where firms had either closed down or merged, leaving customers unable to access files kept in storage. This highlights the need for firms to ensure that documents in storage are managed correctly, and to put in place clear audited systems to ensure documents can be retrieved.

In November 2013 Mr F and his wife instructed a firm to prepare mirror wills for them, and to arrange for the severance of their joint tenancy in a property. They also asked the firm to store the wills and documents. Mr and Mrs F paid £685 for the work.

The firm ceased trading in November 2014, at which point Mr and Mrs F asked for their original wills back. However, the firm could not find them. It also became apparent that the firm had failed to apply to the Land Registry for the joint tenancy to be severed. The Legal Ombudsman directed the firm to refund Mr and Mrs F 50% of the fixed fee and to pay them £150 for the distress and inconvenience caused.

An ombudsman decided that a 50% fee reduction would be appropriate because Mr F had received some value from the service. While they did not have the final wills, they did have an earlier draft which they could use as the basis for replacements at a lower expense. However, they would clearly have to go elsewhere for the work to be completed.

Residential conveyancing continues to attract the most complaints and these have risen in line with the market. A number of the case studies in our online publication highlight issues that can arise post-completion. In these cases the purchase of the property was fine, but it was the post-completion work that let the firms down.

Family law has consistently remained in the top two most-complained-about areas of law. Personal injury, wills and probate, and litigation continue to make up the other major drivers.

Of course, we do not always find evidence of poor service in these complaints: in around a third of cases we do not provide a remedy. But where we find poor service, it is concerning that the levels and types of complaint remain consistent. The silver lining is that many of the issues arising could be avoided. For instance, most of the compensation we order is in amounts below £250, meaning that many complaints are about minor issues. These can be resolved at the first tier if the complaints are dealt with professionally.

There is often confusion on the part of lawyers about our timeframes, particularly regarding when the ombudsman can begin an investigation. Essentially, a complainant can use the ombudsman if their complaint has not been resolved to their satisfaction within eight weeks of being made to the authorised person. The complaint can be verbal as well as written, and it does not have to start with the words ‘this is a formal complaint’, so recognising a complaint when you see one is important.

It is also worth paying attention to the tone and format of any response you make. Here is an example, from one firm’s response to a complaint, where the tone of voice is unlikely to help resolve the issue:

‘Dear Mr X, You have just sent an email to Mr A which he has forwarded to me. Please ensure all correspondence is sent to me personally… You are ignoring the fact that I emailed you on X following your conversation with a colleague and you failed to respond to my email. Why did you fail to respond? Why did you not reply and lodge a formal complaint?’

It can be useful to put yourself in a customer’s shoes and ask ‘would this type of response encourage me to work with the service provider and resolve the issues?’ Think about any complaints you receive objectively and consider the impact on the person involved.

Finally, it may seem obvious but we also see many complaints where a firm does not tell the customer they have finished the complaints process, or that the customer can take their complaint to the ombudsman. Remember, we will check this when considering whether to charge a case fee.

The full case study publication can be accessed on our website at tinyurl.com/zvekv6l. In future editions we intend to focus on different complaint areas and issues. If there is an area you would like us to focus on, let us know.