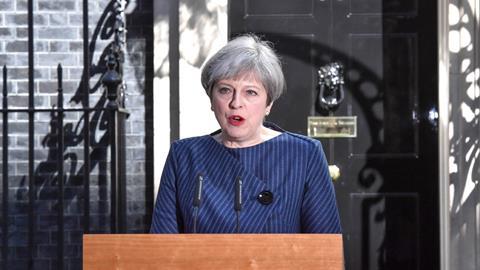 Many charities and campaigning organisations will have been caught off guard by Theresa May’s announcement of a snap general election, which had been ruled out by her spokesman less than a month earlier. 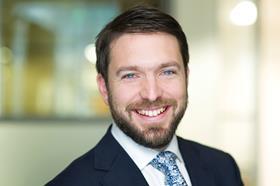 The unexpected nature of the election campaign will have left many feeling unprepared to ensure compliance with the range of different rules that might apply to their activities in the run-up to the election, including potential requirements to register with the Electoral Commission as a non-party campaigner. Recent penalty fines issued by the commission for non-compliance with non-party campaigning rules are likely to have compounded those anxieties.

This anxiety may be felt by all manner of organisations and individuals, with businesses, charities and private individuals all capable of regulation as non-party campaigners. Gina Miller’s tactical voting campaign is a prominent example of a non-party campaigner likely to require registration with the Electoral Commission, while in the 2015 general election, registered non-party campaigners ranged from ethical cosmetics firm Lush Ltd to the Salvation Army and the Fabian Society.

Some organisations may avoid engaging altogether, taking the view that the truncated campaign provides insufficient time to ensure compliance with the web of regulation that might apply. But doing so would be a loss to the democratic process, and an indictment of the complexity and ambiguity of the legal rules in this area.

Non-party campaigning before a general election is regulated by the Political Parties, Elections and Referendums Act 2000 (PPERA), as amended and expanded in the controversial 2014 Lobbying Act.

Under PPERA, non-party campaigners are required to register with the Electoral Commission if they incur ‘controlled expenditure’ over a prescribed threshold during the regulated period before an election. Once registered, an organisation is subject to limitations and disclosure obligations in relation to its regulated spending and any donations it receives towards that spending, including requirements to retain receipts for any payments over £200 and to check whether donations for regulated spending are from permissible sources (such as individuals on a UK electoral register).

When is registration with the commission required?

PPERA requires organisations to register with the Electoral Commission as a non-party campaigner if they intend to spend more than £20,000 in England or £10,000 in Wales, Scotland or Northern Ireland on ‘controlled expenditure’ during the ‘regulated period’ before an election.

Broadly, ‘controlled expenditure’ includes all expenditure on ‘qualifying expenses’ which ‘can reasonably be regarded as intended to promote or procure electoral success at any relevant election’ of any party, parties or candidates, including parties or candidates which advocate (or oppose) particular policies. So, where an organisation spends money campaigning on an issue which divides political opinion in the regulated period before an election, it may be incurring controlled expenditure.

As a result, the rules can apply to a wide range of organisations, including political parties, trade unions, trade associations and thinktanks, but also businesses, charities and issue-based campaigning organisations. A business might campaign in support of airport expansion, viewing the election as an opportunity to raise the profile of their campaign; or an environmental charity might take an opposing stance, seeing the election as an opportunity to influence candidates’ policies in support of its charitable objectives. In each case the organisation may have no actual, subjective intention to influence voter choice, but the objective nature of the PPERA ‘purpose test’ may force them to account for their campaign spending as regulated, if it is possible that a reasonable person might view this as part of their intention.

Concerns about the potential for the expanded PPERA regime to deter civil society engagement with public policy issues before an election resulted in an independent review of the regime by Lord Hodgson.

Hodgson suggested a package of reform, including a new subjective test allowing campaigners to account for expenditure as regulated only where their actual intention was, at least in part, to influence voter choice. A court assessing their compliance would then need to consider what, on the balance of probability or beyond reasonable doubt, had been their actual intention, consistent with rules on local constituency campaigning. The likely result would be greater confidence among many issue-based campaigns, especially charities complying with their charity law duties to avoid supporting parties or candidates, that their activities are unregulated.

How to make an impact

Campaigners can structure their activities for maximum impact, outside the scope of regulation, by placing content (other than paid advertising) in newspapers, periodicals, television and radio. Likewise, the use of volunteer time rather than paid staff time can minimise regulated spending, bearing in mind that only the latter is a regulated expense. As controlled expenditure is subject to a ‘public test’, requiring it to involve the public (rather than an organisation’s members or committed supporters), organisations might choose to skew their pre-election activity towards the targeted influencing of political parties and candidates to get their message across.

Since many organisations will not have incurred controlled expenditure before the snap election was called, the potential for avoiding the requirement to register with the Electoral Commission is further enhanced in this election.

However, some common pitfalls in the legislation should still be avoided. The Lobbying Act 2014 introduced a new limit of £9,750 on controlled expenditure which is ‘wholly or substantially confined’ to a particular constituency or constituencies and has ‘no significant effect’ in any other constituencies. This limit on focused constituency-level expenditure was introduced to prevent third-party campaigners expending large amounts on marginal constituency strategies. But it proved to be one of the most controversial aspects of the Lobbying Act, due to concerns about the impact on campaigning which has particular local resonance, such as on fracking, HS2 or the closure of local hospitals.

There are also continuing concerns about the impact of joint working rules which apply where different campaigners work together as a coalition on the basis of a ‘common plan or other arrangement’. In this case, election expenditure of the entire coalition will be attributed to each coalition member, meaning each campaigner individually may be under the spending limits for registration, and yet all of the campaigners could be required to register with the commission.

Nonetheless, Electoral Commission regulatory action in relation to the 2015 general election has rarely focused on contravention of joint working rules or constituency limits, with fines issued to organisations which fail to retain all of their receipts or which submit incorrect forms to effect registration showing that the devil can be in the detail. But the relatively low level of compliance cases pursued by the commission in relation to the 2015 campaign would also seem to demonstrate that most organisations came through the process largely unscathed, if somewhat bruised by bureaucracy.

Hopefully, most civil society organisations will take heart from that experience and carry on campaigning, both in the run-up to the election and afterward, when they might usefully turn their attention toward advocating implementation of the proposed Hodgson reforms.

Simon Steeden is a partner at Bates Wells Braithwaite. He provided legal advice to Lord Hodgson on his review of non-party campaigning rules