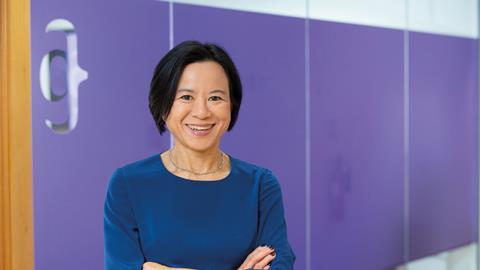 Grenfell – a force for change

On 20 March 2020, the Landlord and Tenant Act 1985 as amended by section 9 of the Homes (Fitness for Habitation) Act 2018 (HFFH) comes into full effect, in England only. HFFH implies a fitness standard into certain tenancies, providing the opportunity for tenants to raise issues about substandard housing conditions within a disrepair action.

Significantly, this means that tenants have a more meaningful form of redress on a host of issues, such as infestation in their home, poor sanitation and dampness.

Bad design and lack of insulation are more often the primary cause of uncontrollable levels of dampness. This gives rise to mould growth on a scale that can impact on health and cause households untold financial losses. The amendment means that many tenants can now seek redress for dampness in their home, without having to prove the dampness is a result of disrepair (that is, a physical deterioration to the structure of a dwelling).

HFFH is in force as from last year, but only to new lettings granted on or after 20 March 2019. It applies to most periodic tenancies of less than seven years, secure tenancies, and assured tenancies (not shared ownership) granted by a registered provider of social housing. Implied into those tenancies to which it is relevant will be a term that a dwelling is fit for habitation at its grant and throughout its duration. Landlords of relevant existing tenancies will therefore have had 12 months up to 20 March to implement any changes before a duty is imposed.

A fitness standard implied into certain tenancies has always existed, by virtue of section 6 of the Housing Act 1957. The problem is that the provision from that act was of limited use because it only applied to lettings at a specified annual rent which has remained at a very low level. Now landlords will be obliged to adhere to basic standards to address what a modern home should be like: free from hazards.

For over 40 years there had been no impetus for change. After Grenfell, politicians pledged to look at the wider issues relating to health and safety in residential premises, particularly as to what protection can be afforded to tenants in the social and private sector. Against this backdrop, cross-party support made it possible for Karen Buck MP’s private member’s bill to pass into law.

In determining whether a dwelling is fit for human habitation, regard is to be given to 10 factors set out in section 10(1) of the Landlord and Tenant Act 1985. Matters such as internal arrangement; stability; dampness; infestation; drainage; sanitary conveniences; and the thermal qualities of a dwelling. Evidence of a hazard, as prescribed under the Housing Health and Safety Rating System (England) Regulations 2005, which is only applicable to England, would also be strong evidence of unfitness. Communal areas of a building are also covered.

There are limitations within HFFH however, as to the extent of the landlord’s obligation. For instance, a landlord is not required to carry out repairs where the damage has been caused by a tenant’s failure to use the property in a ‘tenant-like’ manner (section 11(2)(a) of the LTA 1985). It will be for the court to interpret the extent to which a tenant’s occupation of the premises can be said to be causative.

Commonly, arguments over the cause of dampness raise issues about inadequate heating and/or ventilation of a property. The tenant’s use of the property comes under scrutiny with allegations that a tenant does not use the heating to save costs, or there is lack of ventilation due to insufficient use of windows.

Such issues are never straightforward. Claims brought to court can be intrusive for tenants, as defendants seek to gather evidence inclined to show the occupants are at fault in the way they are using the dwelling. Difficult questions will abound. To what extent can a finding be made under the HFFH to say, for example, that overcrowding could be said to be due to a tenant when they had applied many years ago for alternative accommodation? Or how bad does an infestation have to be to render a dwelling unfit? There is likely to be an intensification of issues over the degree to which a tenant’s attributes or ‘lifestyle’ can be proven to have caused a dwelling to be unfit.

Role of the state

In a joint study commissioned by Shelter from the University of Bristol and the University of Kent (‘Closing the Gap: Health & Safety at Home’) academics have called for the law to evolve, and mindsets to shift from the thinking that occupiers, whether tenants or not, are to be treated as posing the risks to a building. Instead, there is a need to look at the problem from the point of view of people being ‘consumers of housing with enforceable rights to ensure minimum standards are adhered to’. The report goes on to stress that ‘the state needs to accept its role as the primary enforcer of those standards’. It recommends an all-encompassing piece of legislation to address health and safety in homes.

Litigation is a blunt instrument for dealing with conflicting issues between a landlord and tenant, or a consumer and builder/developer. What is at stake is ensuring buildings are safe to occupy and meet a universally accepted standard as to what modern-day living would expect from a home.

Former Supreme Court justice Jonathan Sumption reminds us that judges can only interpret laws and are not supposed to make them. He argues that there is a price to be paid for passing the problem to the courts (Reith Lecture: Law and the Decline of Politics).

There is still a political will as a result of the public outcry arising from Grenfell. This ought to be capitalised upon by all who are interested in improving housing conditions.

Debra Wilson is a partner at Anthony Gold, London