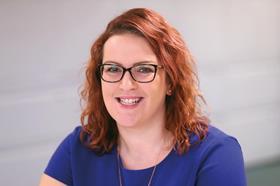 We work with agents, taxpayers and bodies such as the Law Society to navigate the differences between LTT and SDLT to help people pay the right tax at the right time.

By using and learning from our data, we have noticed that some LTT returns are amended on the basis that a property contains a subsidiary dwelling – such as an annexe – so that multiple dwellings relief (MDR) can be claimed.

In some cases, there is a case for claiming the relief. However, that is not always the case. It is possible that some amendments have been made following advice from a third party, separate to the agent who was involved in the original transaction.

We want to help taxpayers to claim the relief correctly first time if they are entitled to it. And we want to avoid taxpayers claiming the relief inappropriately, and then having to pay the tax back later and possibly receiving penalties.

For those who want to help taxpayers pay the right tax first time, we have detailed guidance on our website to clarify our view of what is a ‘subsidiary dwelling’.

The rules on higher rates are set out in schedule 5 to the Land Transaction Tax and Anti-Avoidance of Devolved Taxes (Wales) Act 2017 (LTTA). Usually, where someone buys multiple dwellings the higher rates of LTT apply (currently 4% higher than the main residential property rates). But subsidiary dwellings do not count as qualifying dwellings for higher rates.

A dwelling will be a subsidiary dwelling if:

It is possible for both MDR and the subsidiary dwelling exception to apply to one transaction. In these circumstances the main residential property rates might apply.

Before you can decide if you have a subsidiary dwelling, you need to decide how many dwellings there are overall. For higher rates, a building or part of a building counts as a dwelling if it is used or suitable for use as a dwelling, or it is in the process of being constructed or adapted for such use.

This is a complicated area so we published guidance on what counts as a subsidiary dwelling and what is a part of the main house. It clarifies existing views and sets out indicative factors we will consider. These are:

Each dwelling should contain a toilet, sink (other than a kitchen sink) and bath/shower.

Each dwelling should contain a kitchen that would normally include an oven and/or hob, hot and cold running water, a space to prepare and a space to store food.

Where the two parts of the property have independent controls over utilities (including electrical consumer unit, stopcock, gas/oil isolation valve, thermostat), this suggests that each part may be a separate dwelling in its own right. However, the absence of these facilities does not necessarily indicate a single dwelling.

‘Ty Gwyn’ comprises of a family home; a gardener’s cottage; and a small annexe attached to the family home.

The family home is valued at £900,000 – greater than two thirds of the total consideration.

The gardener’s cottage is detached from the family home; has a kitchen diner, bathroom, sitting room and bedroom; and has its own stopcock, heating system and electrical consumer unit

The gardener’s cottage is therefore likely to be viewed as a subsidiary dwelling.

The small annexe is unlikely to be viewed as a subsidiary dwelling.

Therefore, this transaction involves two dwellings – one main dwelling (the family home, including the annexe) and one subsidiary dwelling (the gardener’s cottage).

Mr and Mrs Beard can claim MDR on the basis of two dwellings and apply the subsidiary dwelling exception so that the main residential rates of LTT apply.

Amy Bowden is head of legal at the Welsh Revenue Authority