It is said that when the Royal Courts of Justice opened in 1882, its 3.5 miles of corridors were divided into three separate networks which enabled judges, lawyers and public to traverse the building without having to mix. At some point since then lawyers lost their honoured status and now have to share space with the masses; but the judges have retained their special corridors. 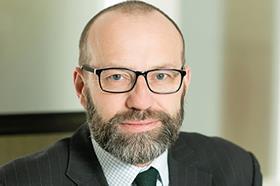 I have only once had the privilege of treading those red carpets and I remember it well. I was part of a deputation from the London Solicitors Litigation Association (LSLA) summoned to a meeting in July 2013 with Mr Justice Foskett in his room at the RCJ. Foskett J had the misfortune to be tasked with, as chair of the Civil Justice Council costs committee, making recommendations to the master of the rolls with regard to new guideline hourly rates (GHRs). The rates had last been fixed in 2010 and no revisions issued since because the MR had expressed reluctance to nod through inflationary increases each year.

Foskett J and his committee beavered away for the best part of a year to produce their recommendations. They decided to do so on the basis of the best evidence they could gather as to the regional variations in the actual cost of running a litigation practice (to which it then applied a 20% profit mark-up across the board). Alas, all their efforts were wasted. The MR rejected the recommendations, still not satisfied with the evidence base for them.

As each year goes by the original rates become increasingly less relevant, and the current MR has tasked the CJC with forming a new committee to have another go where the last one left off. It is due to report by the end of the year. The catalyst for this decision was a case last year in the Technology and Construction Court (TCC) in which Mrs Justice O’Farrell (pictured) said that the GHRs were ‘not helpful’ (Ohpen Operations UK Ltd v Invesco Fund Managers Ltd). This judicial understatement seems to have struck a chord. 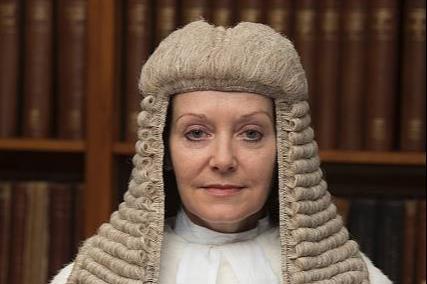 One major area in which the Foskett committee got bogged down was in attempting to ascertain the actual costs of running a litigation practice in different parts of the country. Not only was this an impossible task, but the rationale for attempting it in the first place had been flawed. The LSLA said as much in 2013, and that view seems all the more pertinent now. There is simply no such thing as a typical litigation practice within any one postcode. There are a variety of different business models and cost bases reflecting a multiplicity of different inputs, of which the cost of office space is only one. And as we adapt to a new world in which practically the entire legal profession has begun to operate from home, the location of an office seems perhaps the least relevant factor of them all.

So what should this latest committee do to inform its deliberations? First, it should abandon any idea of attempting to ascertain the cost of running a litigation practice.

Second, it should recognise that office location is no longer an appropriate measure by which to set different rates. There is a case for variations between courts (and for some broad distinctions between types of case within each court). But it is no longer appropriate for a different rate to be applied for work of the same skill and experience depending on whether the fee-earner sits in an expensive City office or practises in a virtual law firm from home.

Third, it should recognise the reality that what GHRs actually do (albeit this has never been explicitly acknowledged) is express a policy decision as to how much of the cost of litigation should be recoverable by the winner from the loser. There is a suspicion that the Ministry of Justice has been content for the GHRs to remain unchanged, believing that the suppression of recoverable rates will in turn restrain increases in the rates being charged to clients. The fact that there is a gap between actual and recoverable rates (at least in most High Court litigation) is undeniable.  If the government thinks that is a good thing, it is a perfectly respectable position to hold. And those, like the CJC, to whom the function of implementing that policy is delegated should be prepared to simply say: these are the rates that we judge it is reasonable for litigants to have to pay in these courts for these kinds of litigation.

O’Farrell J will, I think, have been surprised by the reaction to her ruling in Ohpen. Her judgment was a short one and the comments about the GHRs were made almost in passing. This was because in a specialist court like the TCC, the judges are familiar with the ‘going rate’ for the solicitors that appear before them. (It was reported in the press – although it did not feature in the judgment itself – that the judge allowed a rate of £786 per hour for a grade B fee-earner). O’Farrell J was not assisted by the GHRs because she did not need to know what they were in order to be able to decide what was reasonable and proportionate for a losing party to pay in cases that proceeded in the TCC. The GHRs had become irrelevant.

So the CJC’s new committee would be wise not to repeat the mistakes of its predecessor and instead focus on how best to ascertain what rates ought, as a matter of policy, to be recoverable in different courts (and, as appropriate, in the different types of case being heard in each of those courts). Local law societies and, in London, organisations like the LSLA will be well placed to assist.