Home truths for the home secretary on the Shamima Begum case

News this past month has been dominated by 19-year old Shamima Begum, and now by the tragic death of her British baby. She left the UK at the age of 15 to join Islamic State (IS), with two schoolfriends. Days after arriving in Raqqa, she became a child-bride and was married to a Dutch IS fighter. All of her three children have died. The youngest, 3-week old Jarrah, born in appalling conditions in a Syrian refugee camp, died a few days ago. The home secretary had earlier stripped the mother of her British citizenship even though baby Jarrah was born a British national. It therefore became impossible for the baby’s right to life to be protected. As a result, mother and child remained in a dangerous and inhospitable environment in an internment camp. 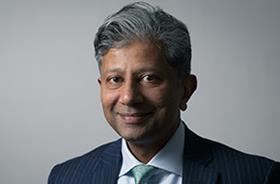 The home secretary, Sajid Javid, announced in February 2019 that he had deprived Shamima Begum of her citizenship because of her involvement with IS when 15 years of age, and media reports of her continued espousal of IS ideology. He feared the risk she posed to the UK could not be sufficiently mitigated.

Ms. Begum’s case is not unique. About 850 Britons went to fight for IS and half of them have returned, with minimal media outcry. They are assessed as security risks, some put through the criminal justice system, and subject to ’deradicalisation programmes’. There is no moral justification for treating Ms Begum any differently - indeed it is arguable that she poses less risk than a male who has seen combat. The only discernible difference appears to be the public outcry caused by extracts of an unguarded newspaper interview which quotes the 19-year old’s continued support for IS. The British public expected an apology and contrition - instead they got an unrepentant teenager’s response.

The home secretary’s special advisers (SPADs) and media minders will have been aware that stripping British citizenship from this young woman would play well in the public arena and do no harm to his political career. Even if the courts overturn the decision, his populist base will blame the judges rather than his own judgment. A frightened and grieving young mother will be long forgotten by the home secretary as he moves to his ultimate political goal.

Was the decision wrong according to UK law?

The decision to strip citizenship from Ms Begum is likely to be wrong in domestic and international law.

Section 40(2) of the British Nationality Act 1981 empowers the home secretary to make a deprivation order if 'satisfied that deprivation is conducive to the public good'. 'Conduciveness to the public good' includes stripping nationality on the grounds of involvement in terrorism, espionage, serious organised crime, war crimes or unacceptable behaviour. The only judicial oversight of this process is on appeal to the First-tier Tribunal, or where there is sensitive information, to the Special Immigration Appeals Commission.

Subsection (4) forbids the secretary of state from making the order if satisfied that this would make a person stateless. An exception to this is found in subsection (4A) if the person has gained citizenship by naturalisation – this is very unlikely in Shamima’s case as she left the UK at age 15 before she could have been naturalised.

It is therefore more likely than not (on available evidence) that the home secretary’s decision is wrong in law. If he is to avoid accusations that Shamina has been made a scapegoat to his political expediency, he would be well advised to publish the legal advice he has received.

Was the decision wrong according to international law?

It is doubtful that the decision accords with international legal norms. Numerous International legal instruments describe nationality as a human right. Article 15 of the Universal Declaration of Human Rights prohibits deliberate acts which make a citizen stateless. The UK was a signatory to this provision, and the later UN Convention on Statelessness, however the UK retained a reservation to 'retain the right to deprive a naturalised person of his nationality' and render them stateless in specific circumstances (as reflected in the (4A) exception). As Shamima is unlikely to be a 'naturalised person', the home secretary’s deprivation order is likely to breach both international documents.

The real effect of the home secretary’s decision is to leave this teenager in a dangerous war zone without access to education, health care and employment, and vulnerable to state violence. The grave loss of security faced by stateless persons (and potential for life-threatening harm to their children) causes attendant doubts as to whether (4A) is in breach of Articles 2 and 3 of the Human Rights Act 1998.

Further, the current UK legislation provides for a wider power to strip a citizen’s nationality than would be permitted under the 1997 European Convention on Nationality. The UK has not ratified this convention, and cites national security as the reason for its reticence.

Was the decision morally wrong?

The home secretary’s SPADs will have been anxiously consulting focus groups and his base’s view after news of the tragic death of Shamima’s baby resulted in international criticism and local opprobrium. The causal connection between the death of Shamima’s British baby and the decision to strip her of nationality was foreseeable.

The UK has a duty to 'deradicalize' Shamima on the basis that she is likely a victim of grooming. In 2015, the year Shamima left the UK with her two schoolfriends, a home affairs committee heard evidence that IS were actively recruiting young and vulnerable girls, and the national focus was on protecting young Muslim girls from extremist grooming. Experts say that it is likely she and her friends had been groomed years before they left the UK, and that the indoctrination would have continued in Syria. It is alarming that the home secretary (taking his cue from ill-informed public outrage) has taken a position so opposed to the prevailing wisdom on the vulnerability and culpability of groomed children. Shamima’s recently expressed views supportive of IS should be viewed in the context of the child victims who continue to protect their groomer because of a misplaced sense of loyalty to them.

The decision will fuel tensions within the Muslim community in the UK. General Lord Dannatt, ex head of the UK contingent in Iraq suggested the home secretary’s decision will add to the alienation and hostility felt by IS supporters in the UK. He felt that the UK had a duty to 'take responsibility' for returnees, including putting them 'through the judicial process'.

And what of the moral duty to protect baby Jarrah? The home secretary’s supporters will place the blame squarely upon its mother. The British government is not alone in having done nothing to protect children who have the right to British protection – no government has moved to assist any of the 3,000 children born to Jihadi brides who are in camps.

The home secretary’s decision is likely to be wrong in national as well as international law. It is also morally questionable, particularly the impact of the decision on baby Jarrah. Further, it is likely to fuel resentment in youngsters who should be deradicalized. Home secretaries who sow the populist wind often come to regret the whirlwind they reap. The courts will decide in relation to one of these propositions shortly. The rest of us are duty bound to form a view on the remaining propositions.

Sailesh Mehta
and Georgia Lassoff who carried out additional research