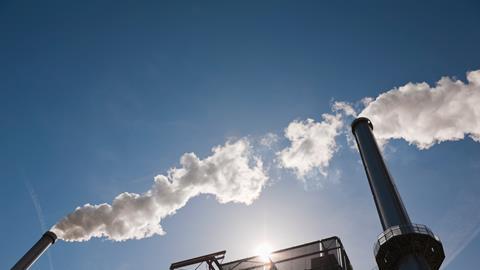 Fuel derived from municipal waste often provides the main source of energy for incineration facilities. This fuel is known as both SRF (solid recovered fuel) and RDF (refuse derived fuel) and is sourced primarily from local authorities in the region surrounding the plant. RDF/SRF are the end products of the processing of raw municipal waste by, for example, mechanical and biological treatment resulting in material with a higher calorific value than untreated waste.

In order to protect potential environmental receptors, the Environment Agency and local authorities are required to identify topics that should be considered as part of the planning application for incineration plants which typically include: noise and vibration; air quality; lighting; highways issues; economic and social impacts; and health and safety. Additionally, the nature of fuel handling activities on site may also require consideration of the possible fugitive emissions of odour.

During the operating lifespan of an incinerator it is inevitable that the plant will be subject to operational contingency planning to address: unforeseen conditions: RDF/SRF non-compliance with conditions in the plant’s environmental permit; cleaning; breakdowns; individual component failure; emergency releases; operator error; fractures/leaks leading to spillages/fugitive emissions; maintenance operations; and start-up and shut-down.

Consequently, in terms of impacts on the local community and environment, private nuisance may be created. Private nuisance has been defined as: Inconvenience materially interfering with the ordinary physical comforts of human existence not merely according to the elegant or dainty modes and habits of living but according to plain and sober and simple notion and habits obtaining amongst the English people. [Walter -v- Selfe 1951] and since then many subsequent cases have reinforced that position.

There are three types of ‘nuisance’: (a) causing an encroachment onto neighbours land when it closely resembles trespass; (b) causing physical damage to neighbours land or building or works or vegetation upon it; and (c) unduly interfering with a neighbour in the comfortable and convenient enjoyment of his land. Such interference may include: making unreasonable noises Halsey -v- Esso Petroleum Co Ltd; creating stenches by the carrying on of an offensive manufacture or otherwise, Att Gen -v- Tod Heatley [involved dealing with rubbish]; The House of Lords suggested nuisances of this kind ‘will generally arise from something emanating from the Defendant’s land’ Hunter -v- Canary Wharf Ltd; and ‘the personal inconvenience and interference with one’s enjoyment, one’s quiet, one’s personal freedom, anything that discomposes or injuriously affects the senses of the nerves.’ St. Helens Smelting Co -v- Tipping.

It is always a question of degree whether the interference is sufficiently serious to constitute a nuisance and no absolute standard can be applied but it is clear that interference caused by noise, smell and dust are well recognised heads of interference with the enjoyment of land as is often the case with incineration facilities.

Potential Claimants often think that there needs to be many people affected by various nuisances for a claim to succeed but two recent cases involving noise from a motor-cross track and the invasion of Japanese Knotweed into houses have involved one and two claimants respectively but there is of course no upper limit on the number of properties from which claims might come and where there are substantial numbers the courts will almost certainly make a group litigation order to ensure efficient management of any proceedings. However, potential claimants must understand that they need a legal interest in the affected property as owner or tenant and only one claim per household can be pursued.

The most crucial issue for claimants and their advisors to consider is that of evidence. It would not be sufficient to say to a court that there were emissions of noise, dust, steam etc. from time to time, specific evidence is essential. Defendants might concede the escape of some limited nuisance and then maintain that the escapes are not enough to be actionable so contemporaneous evidence is essential. Claimants should be urged to keep accurate daily diaries, take photographs of any visible emissions, make complaints to their local authority, the Environment Agency, the plant operators, their local councillors and MP’s, the local press and their GP. The more evidence the better.

Wholly independent evidence of the effects of a local plant can come from the local valuation office. Reductions in council tax bands as a result of the presence of a local Incinerator emitting various nuisances has the effect of proving the reduction in the value of the property and assists with the loss of amenity argument; independent valuer’s evidence can also be used to show a reduction in property values because of the presence of an incinerator.

Assurances given at the planning stage for these leviathans are not always complied with; an assurance that a plant will not emit smell, smoke, dust, noise etc., is often shown to be either inaccurate or untrue. However, claimants often complain that such emissions have had an adverse effect upon their health but the personal injury issue is difficult to prove although always worth investigating. To this end, after-the-event insurers are often willing to insure potential group actions. Premiums can be hefty but if there are a significant number of claimants the cost can be spread resulting in each claimant only having to pay a modest premium. In terms of resolution, mediation is always the better alternative to the case being dragged through a lengthy court process and the prospect of this should be investigated at the earliest opportunity.

Finally, the measure of damages recoverable is dependent on the nature and effect of the various nuisances and more importantly the period over which the nuisances persist. A case where the nuisances have been abated is easier to quantify than one in which the nuisances are ongoing and in such cases consideration should be given to applying for an Injunction to have the Plant cease operation altogether until or unless effective remedial work is undertaken to prevent further escapes of smell, noise, dust, steam etc. Claimants like this approach, Incinerator operators do not.

Professor Robert Jackson provides independent expert engineering opinion to clients in the public and private sectors. Douglas Fraser is senior partner in a legal practice and is a personal injury lawyer