Last month, sports minister Nigel Huddleston formally confirmed the government’s support for the 10 strategic recommendations set out in the final report published last December by the independent fan-led review into governance, ownership and sustainability in English football. The review was conducted by a panel chaired by former sports minister Tracey Crouch and heard evidence from fans, club leaders, interest groups, football authorities and financial experts, among others. 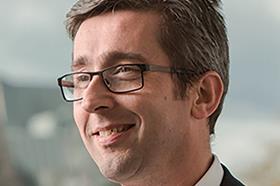 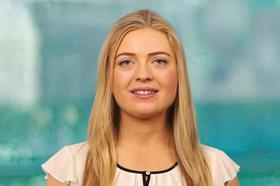 The review came about following a number of issues in men’s football in England. The report specifically highlighted the following as three of several key concerns: the collapse of Bury FC; the far-ranging impacts of Covid-19; and the attempt to set up a European Super League (ESL) in April 2021 which included six Premier League clubs.

The government confirmed in its response to the report that it has plans for significant reform. This will include an independent regulator focused on financial sustainability, and a strengthened approach to ownership of football clubs and their governance.

The government’s commitment to both the overarching review of English football itself and the creation of an independent regulator for an individual sport is a testament to the enormous level of public interest in the national game and the financial value it provides.

Football remains unique thanks to its social relevance, its reliance on emotional investment, and the way in which it has the power to unite people across social, political and geographical borders. However, most professional clubs in England are ultimately significant corporate entities: they consist of financial, tangible and intangible assets, and are professionally marketed and managed with a view to achieving a profit.

The review therefore took the logical approach of factoring in similarities between football stakeholders as businesses and other commercial sectors. The review took advice from agencies and individuals who specialise in the regulation of those other sectors, while at the same time being cognisant of the specific idiosyncrasies which make football and sport special (such as the need and desire for fan engagement, the often-complex net of stakeholders, the legal and regulatory complexities associated with club and league compositions, and the immense value of the market as a whole).

Football has operated a model of effective self-regulation for over 150 years. There have been several temporary visits by football stakeholders to the courts to resolve disputes, but the overwhelming majority of disputes are subject to private football regulatory regimes which are policed, governed and determined ‘in-house’ by the Football Association (FA), Premier League and English Football League (EFL). Much has changed in the past 150 years, and the desire and call for greater transparency within football – including with respect to the processes and policies of the regulators – has arguably never been greater.

The challenges facing the incumbent regulators of football (the FA, Premier League and EFL) include a widespread perception of too great a propensity for conflicts of interests to arise, and that there is an increased risk that inconsistent decisions may be applied in circumstances where so much is dealt with in private.

The most eye-catching of the review’s 10 strategic recommendations is for a new independent regulator for English football (IREF), to be established by an act of parliament. This recommendation underpins all others, many of which require implementation of the regulator before they can be implemented.

It is proposed that the IREF will operate a licensing system. In order for clubs to obtain and maintain their licence, they must comply with certain licensing conditions that focus on measures to ensure financial sustainability through financial regulation and new owners’ and directors’ tests, and improving decision-making at clubs through items such as a new corporate governance code for professional football clubs; improved diversity and player welfare; and stronger fan engagement. The licensing system would also allow the IREF to protect key items of club heritage via a ‘golden share’ requiring supporter consent to certain actions, such as the stadium location, club colours, badge and name, or joining a non-FIFA-, UEFA- or FA-sanctioned competition.

A significant focus of the IREF will be on changes to how clubs manage their finances, the availability of owner subsidies, cash buffers, divisional pay, and transfer levies. One of the proposals concerns capital and liquidity requirements used in the financial risk supervision model operated by the Financial Conduct Authority. The financial regulations recommended are to ensure clubs are sustainable and able to withstand shocks such as missed promotion, relegation or the loss or withdrawal of a wealthy owner. While the report noted the importance and prevalence of owner subsidies in English football, it wishes to avoid situations where clubs are completely reliant on owner subsidies to cover normal operating costs or where big-spending owners have destabilised leagues by impacting wage inflation.

The panel did not go so far as recommending that IREF has power over organisation of the competition and commercial activity, adopting a ‘regulation where regulation is due’ approach.

The independent, proactive, regulatory model proposed in the report borrows concepts from other regulated industries. Utilising a licensing regime with licensing conditions is used in various industries (including gambling); banks are subject to the jurisdiction of the Prudential Regulation Authority and FCA; and solicitors operate under the auspices of the Solicitors Regulation Authority. Codes of conduct, rules, investigations and disciplinary actions are all part and parcel of more mature regulated areas. And while even those are subject to regular reviews and feedback (and require proper funding and capacity), they are intended to (and largely do) assist in better serving and protecting the public at large.

While many will welcome the recommendations aimed at improving transparency and promoting diversity, equality and inclusion, and player welfare, there already appears to be reticence from some quarters in relation to the financial regulations and increased obligations around cashflow reporting, cash buffers and limitations over owner subsidies.

The resourcing and funding of the IREF has also not been fully fleshed out. This would need to be considered carefully to ensure that the IREF is able to function effectively and independently.

There are also questions about the timeframes associated with implementing the IREF. The government has committed to publishing a white paper in the summer, with further details on the implementation of reform.

There is also the elephant in the room – what about the existing web of regulatory bodies and competitions? Existing structures currently enable the FA, Premier League and EFL to interface with UEFA and FIFA, for example. Where and how will the IREF interface with these bodies?

While the government’s announcement marks a significant step change in how football may be regulated in England, it is an early step on what we expect to be a longer journey of reform. More information should be provided when the forthcoming white paper is released and there is likely to be significant lobbying on behalf of different stakeholders within football.

For those who want to see greater transparency within decision-making and dispute resolution in football, there are reasons to be cautiously optimistic. For the IREF to be truly independent, there will need to be a proper separation of powers between different functions such as investigations and enforcement, drafting and embedding new regulations, and the determination of disputes.

Jeremy Drew is a partner and head of the sports group at RPC. Kate O’Malley is corporate associate. Senior associate Josh Charalambous also contributed to this article