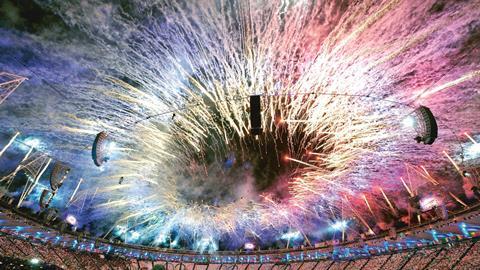 Intellectual property laws are fundamental to our economy.

The thrilling opening ceremony of the 2012 London Olympics highlighted British creativity. The 900 million people who watched the event on television saw a celebration of British contributions to science, engineering, the arts and entertainment.

Who can forget the James Bond sequence with the Queen, or the appearance of Tim Berners-Lee, the inventor of the world wide web, or the representation of Isambard Kingdom Brunel in his stovepipe hat? Or the NHS segment, in which Peter Pan and Lord Voldemort had walk-on roles, and which ended with the appearance of the logo of Great Ormond Street Hospital Children’s Charity? All to a soundtrack of British music that featured composers as diverse as Elgar, The Clash and Allah-Rakha Rahman, who wrote a Punjabi song, Nimma Nimma, for the ceremony.

Behind every star performance is a team of support workers who shift scenery and apply make-up. Also in the background, but important if the show is to be a commercial success, are the laws that protect the creative endeavour. Intellectual property (IP) laws are at the heart of this system.

IP laws incentivise the people who invest time, money and creative energy to bring us new designs, technologies and entertainments. This protection is essential for the UK, whose wealth relies to a great extent on creative activity.

IP touches the accomplishments that were highlighted in the Olympic ceremony, sometimes in surprising ways. The play Peter Pan should have come out of copyright 50 years after its author J M Barrie died in 1937. He bequeathed the copyright to the Great Ormond Street Hospital. Uniquely, the copyright was extended by statute in 1988 to allow royalty payments to continue supporting the hospital.

Sometimes a development is so fundamental that it should be made available to all. One reason why Berners-Lee was chosen for the Olympic ceremony was his altruism. He did not seek to monopolise the world wide web through IP rights, but instead made it freely available. It is a pity that some of the discoverers of the human genome did not take such a public-spirited approach, and instead patented gene sequences. Arguably, this is core knowledge that should be unrestricted, as leading UK scientists said loudly at the time.

IP issues also affected the Olympic ceremony itself. Performers were asked to make their contributions without charge, and to assign their IP in the performance for a fee of £1.

The famous Olympic rings featured strongly in the ceremony. As IP lawyers know, and some businesspeople have learned to their cost, the Olympic rings are protected as a special type of IP that cannot be used without permission.

Expertise in IP laws is not acquired overnight. There are different types of IP, each with its own set of rules. For instance, patent laws are very different to copyright laws, in terms of duration, scope of protection and infringing acts. The technical complexity of the laws leads some into error.

Journalists, even on national newspapers, have been known to write articles that sprinkle references to patents, copyright and trade marks throughout an article as if the terms were synonyms. There is even confusion over the spelling: ‘trade mark’ is the English spelling; ‘trademark’ the US version; while Canada preferred ‘trade-mark’ until very recently.

Public understanding of IP laws is important, and not just so that people refrain from downloading pirated works from the internet. The UK Intellectual Property Office has started an initiative to bring teaching on IP issues into undergraduate courses. The next generation of British scientists and creative artists will benefit from having a basic understanding of IP law and practice.

For many years, the Law Society had an Intellectual Property Working Party (IPWP), which operated as a subcommittee of the Civil Justice Committee. The IPWP did valuable work, including helping to persuade David Cameron to negotiate personally for the life sciences division of the Unified Patent Court to be located in the UK.

Another success was a long-term campaign, initially as a lone voice in the wilderness, for changes to the laws on IP ‘threats’. Our persistent, behind-the-scenes campaign eventually led to Law Commission recommendations for reform. The government is introducing legislation that largely reflects those recommendations. An important change for solicitors will be to remove them from personal liability for making threats to sue an infringer on the instructions of their client.

To its credit, the Law Society has recognised the increasing importance of IP law and the valuable work that the IPWP has done. Last autumn our working party was upgraded to be a full committee of the Law Society. Now that the Intellectual Property Law Committee (IPLC) is ‘official’, we have to comply with Law Society procedures, including those on rotation of the membership. A few months ago, I was delighted to be appointed as the next chairman of the IPLC, for a three-year term. Four new members of the committee join us this month.

In recent years, the number of solicitors who practise IP law has grown. According to the Law Society’s ‘Find a Solicitor’ search engine, nearly 10,000 solicitors in England and Wales offer IP services. The number who advise regularly on IP is almost certainly much smaller, but all of the 10,000 share a common interest in having the Society represent their interests, and the wider public interest, in having good, clear, balanced IP laws that are understood and respected.

If you practise IP law, or just have an interest in it, the IPLC would like to know your views, so that they can be taken into account in future work of the committee. We are looking into ways of communicating directly with the wider constituency of IP solicitors.

If you have any immediate concerns, or suggestions on how we should involve the wider IP community, please contact me at iplc@andlaw.eu.

Mark Anderson is chairman of the Law Society’s Intellectual Property Law Committee. He is writing in a personal capacity