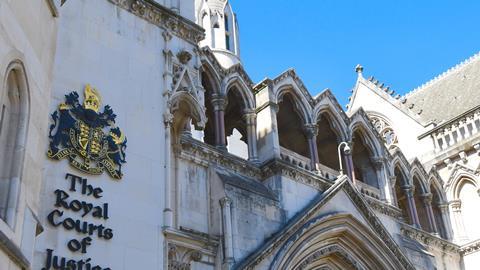 This certainly raised some eyebrows – especially among those who believe that access to justice for all is a central pillar of the Rule of Law.

But does Lord Sumption have a point?

To what extent is the funding for legal representation in civil matters discretionary – and, if so, is it apt to be traded equally against all the other costs of running the state?

Access to justice as a pillar of the Rule of Law

The Rule of Law is the foundation block on which all just, equitable and economically prosperous societies are based. Without the Rule of Law being well protected and advanced, so many other elements of society will falter.

Unmet legal need – how big is the problem?

There is no doubt – and I suspect the upcoming LASPO review will agree – that the cuts to Legal Aid and state-funded support for those with unmet legal need has had a significant detrimental impact on access to justice.

Let us set the scene. Based on data from the Ministry of Justice (MoJ) and others, just 30% of all legal issues are currently dealt with via qualified advice. The remaining 70% either self-serve, rely on friends and family, or leave their issue unresolved. A couple of years ago, MoJ reports suggested that over seven million individuals had no access to legal advice, especially in areas such as immigration and family law. That number will now undoubtedly be significantly higher.

Of the 30% that do get some form of advice, only 35% is from the for-profit legal sector, with the free legal advice sector (including law firm pro-bono) being by far the biggest provider (around 53%).

In other words, for every 100 people with a legal issue, 70 would get no advice at all, 10 would be able to pay for themselves, and the remaining 20 would either access the free legal advice/pro bono services (18) or would get legal aid (2).

Let’s agree with the principle that the state cannot fund Legal Aid on an unlimited basis. I do not think anyone would support state funding for vexatious litigation, or flights of fancy that are unnecessary or do not seek to protect or enforce basic rights. Whatever you think of Sumption’s comments, those points are indisputable.

There are going to be limits somewhere – perhaps this is what Sumption meant by the element of discretion. If it was, then he is making a fair comment!

However, let’s set our expectations for limits at a reasonable level and then think about the reality.

In a recent paper, Professor Martin Chalkley set out an incredibly clear picture of the state of financing for the MoJ and related activities. The MoJ cost is a little over 1% of total government spending, with a decline in the last 10 years of almost 30% (at a time when health spending has increased by 25%, social protection by 23% and education, though reducing, has only fallen by 5%). His conclusion includes the point that:

’the magnitude of the reduction in real expenditure by the MoJ makes it inconceivable that the slack could be taken up by a combination of efficiency or administrative savings. By examining the components of expenditure, it can be seen that the reductions have been wholesale across areas which correspond to front-line delivery of services.’

In other words, the MoJ and justice itself was already under-funded in comparison to other parts of state spending, and that position has only intensified in the last 10 years, to an unsustainable level and one which cannot be covered with other management action.

BUT is it discretionary?

All of the above can be justified if it is true that civil legal aid is discretionary.

I believe Sumption’s underlying point on criminal legal aid was based around the principle that it is the state v. the individual and, therefore, the state owes it to the individual to engage on a level playing field. This is fair enough.

However, in a number of civil issues (immigration, benefits, housing, care, etc), it is also a case of the state v. the individual. Applying the same rules, therefore, these areas merit equal treatment and cannot be considered discretionary. You could expand that thinking to other cases – bankruptcy brought by HMRC for failure to pay tax, for instance.

You then have some perhaps more discretionary, albeit unpalatable, choices to make.

For example – employment: do we want a society in which employers can treat employees unlawfully without the employee having any effective recourse available? Family – do we want family breakdowns to be managed such that the wealthier half of the couple will always prevail by virtue of being able to afford counsel?

A choice of society

There is an element of discretion here, but the question I would put forward is: what kind of society do we want? And to achieve it, what decisions do we have to make?

There is a significant difference between vexatious cases or those without merit and the vast majority of cases, which have and should qualify for civil legal aid. These are the cases that no-one would choose to put themselves in: losing their benefits or access to their children, home, job or residency, for example.

Further, all of this ignores the knock-on consequence of cutting Legal Aid on the rest of the public purse. Increases on benefits claims from those unfairly dismissed and unable to find alternative work and increases in healthcare spend, resulting from either physical or mental illnesses exacerbated by problems which go unresolved are just two examples. But it’s not as simple as ’don’t spend here and the problem goes away’.

At the end of the day, Sumption is entirely right: Legal aid spending – civil or criminal – is the choice of the state and, in that sense, it is all truly discretionary.

However, the extent of that discretion depends on whether – or more accurately, to what extent – we want to live in a state which does not look to help the vulnerable at their moment of need and which accepts that a person’s ability to access legal remedy has as much to do with where they live as it does what they earn. Alternatively, we may choose to live in a state which constantly strives to uphold the Rule of Law and protect the rights of those who, otherwise, could be left behind.

We’re never going to cover everyone. That is a brutal fact. However, surely the ambition – nay the duty – is to use our discretion to ensure we cover as many as we can?