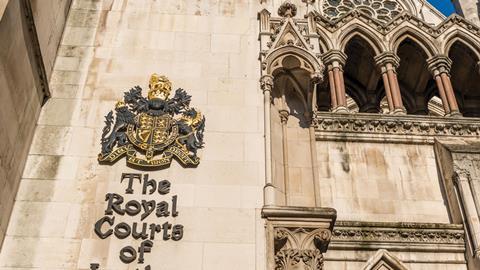 Dr Sharon Persaud and Celia Hughes look at the implications of R v Jogee for the Criminal Cases Review Commission.

The Supreme Court’s recent reassessment of joint enterprise is already having a dramatic effect. Two defendants charged with murder have been formally acquitted, mid-trial, at the Central Criminal Court, and an eight-handed murder trial in Bristol has been postponed for the prosecution to reconsider its case.

Since the Jogee judgment was handed down on 18 February, the commission has so far received more than a dozen new applications relating to joint enterprise convictions. We are also already looking at Jogee’s potential effect on more than 70 current cases and around 20 previously closed cases.

The central principle of R v Jogee; Ruddock v R [2016] UKSC 8 and [2016] UKSC 7 relates to the criminal liability of secondary parties, the ‘encouragers and assisters’ who, in the case of murder, do not commit the fatal act.

The specific context of the judgment was the liability of secondary parties involved with one or more others in a joint venture to commit a crime (crime A), in the course of which a second crime (crime B) is committed. A familiar example involving a young defendant might be a brawl outside a school involving minor assaults or public order offences (crime A), in the course of which another boy produces a knife and stabs someone (crime B). The question for the court was what mental element had to be proved against the secondary party to make him liable for crime B.

Following Jogee, it is now, once again, not enough to prove that a secondary party foresaw the possibility that the crime might be committed. The Crown must now prove that he intended to assist or encourage the principal and intended that the principal would have the mens rea required for the offence.

The Supreme Court explained that the law had ‘taken a wrong turn from the 1985 case of Chan Wing-Siu onwards, which widened the scope of secondary culpability via the new doctrine since called ‘parasitic accessory liability’. The core of the change is summarised at paragraph 87: ‘The error was to equate foresight with intent to assist, as a matter of law; the correct approach is to treat it as evidence of intent… What was illegitimate was to treat foresight as an inevitable yardstick of common purpose..’

This carefully stated conclusion disguises the landmark nature of the judgment, which is both a powerful legal analysis and a plain and public recognition of a ‘wrong turn’ by the Privy Council and the House of Lords. It realigns the common law with its former position and sets out relevant principles for the future.

However, if the judgment is ground-breaking in relation to the present and the future, it is (at paragraph 100) more cautious about the effect on past convictions: ‘The effect of putting the law right is not to render invalid all convictions which were arrived at over many years by faithfully applying the law as laid down in Chan Wing-Siu and in Powell and English. The error identified… is important as a matter of legal principle, but it does not follow that it will have been important on the facts to the outcome of the trial or to the safety of the conviction.

‘Moreover, where a conviction has been arrived at by faithfully applying the law as it stood at the time, it can be set aside only by seeking exceptional leave to appeal to the Court of Appeal out of time. That court has power to grant such leave, and may do so if substantial injustice can be demonstrated, but it will not do so simply because the law applied has now been declared to have been mistaken.’

The judgment then details the approach that the Court of Appeal has taken in the past to ‘change of law’ cases, and indicates that, as set out in R v Cottrell and Fletcher [2007] EWCA Crim 2016, the same principles must govern the commission’s approach in deciding whether there is a ‘real possibility’ that the appeal court will quash the conviction, which is our primary test in deciding whether to refer a conviction back to the court.

So what does this judgment mean for the commission, both for our case work and in our wider remit within the criminal justice system?

First, we expect an an increase in applications and reapplications, and we welcome them. There is guidance for potential applicants, and on whether applications should be directed to us or the Court of Appeal, on our website. It is our function to investigate potential miscarriages and, if there is a real possibility that the court will quash convictions as unsafe, to refer them back for the court to consider them. This is an area where the potential for injustice is clear.

It is also important, however, for potential applicants to understand that Jogee has not, as has been claimed, done away with joint enterprise. Many applicants to the commission are unrepresented, and we do not want to encourage false hope that all ‘joint enterprise’ convictions are affected.

Second, following the logic of the judgment, our approach to applications based on Jogee is likely to be two-fold.

The decision on whether or not to refer a particular case will first turn on an assessment of its facts, on whether the clarification of the law in Jogee is engaged and if it impacts upon the safety of the conviction. This is fact-sensitive: if there was overwhelming evidence of intent by a secondary party, even if the jury were directed in Chan Wing Siu terms, that might not call into question the safety of the conviction. On a case with different facts, it might.

If there is an impact on the safety of the conviction, we will consider whether there has been a ‘substantial injustice’ – and, in the context of homicide, it is difficult to see that maintaining a murder conviction instead of substituting one for manslaughter  would not be substantial injustice, given the stigma of the offence and the consequences of a mandatory life sentence. As set out above, however, we employ a predictive test, and so we will need to consider the approach that the Court of Appeal will take.

In this context, we have already seen some debate as to whether the ‘clarification’ in Jogee should properly be regarded as a ‘change of law’ with all the consequent restrictions on appeal, and it seems likely that we will also be considering submissions on this issue.

Finally, what of our wider remit? The ramifications of Jogee merit more time and space than we have here, but we want to set out two broader points.

The first is that we welcome the judgment. In a submission to the Justice Committee in 2014, we noted that almost all of the ‘joint enterprise’ convictions the commission had referred had been upheld. We also highlighted the particular investigative difficulties in obtaining fresh evidence capable of exonerating those convicted as ‘encouragers’ in ‘spur of the moment’ offences, the difficulty of establishing the basis for the conviction, and the fact that the majority of applicants who had been convicted as secondary parties simply did not understand their culpability.

More generally, however, the judgment gives much food for thought for a body whose remit includes increasing confidence in the criminal justice system. It is a salutary reminder that any tribunal can make errors of reasoning and judgement, and that the law can take a ‘wrong turn’ when driven by generalised policy considerations and insufficient reference to the existing law in all its complexity.

Jogee is a reminder to us as we go about our work that sometimes justice in an individual case and the letter of the law as it exists or is interpreted at any one time may not always go hand in hand.