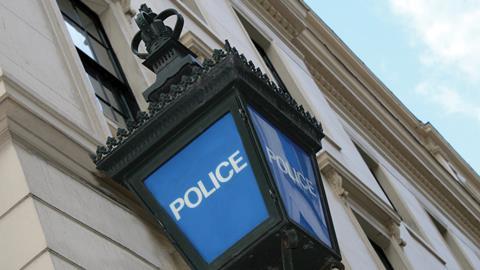 After botching the criminal tender process, the Legal Aid Agency must work with the profession to facilitate market consolidation.

With significant challenges to the award of criminal legal aid duty provider contracts across the country, the threat of judicial review and the bid process itself under increasing scrutiny, the Legal Aid Agency finds itself in a difficult position. But it is not just the bid process that is the problem – the policy itself is flawed.

Looking back through the consultation papers that set out the government’s original objectives, the line that keeps cropping up is ‘consolidation of a fragmented market’. A not unreasonable objective, until one starts to think about what ‘fragmented market’ means and how they want to consolidate it.

One argument put forward for change is that fewer providers, each with an increased market share, would lead to economies of scale. But there is little hard evidence to support this in the consultation papers, the responses to the consultation papers or the reports by Otterburn Consulting and KPMG. Some firms make higher profits than others and some do not make any profit at all. It is not clear that large firms are more efficient than small firms, or better able to manage cuts to legal aid rates.

Part of the same argument is that the presence of too many small firms, and the ease with which new providers can enter the market, make it more difficult for existing providers to grow. This cannot be true as even large legal aid firms (of which there are many) must once have been small. Those large firms have grown in size in the market as it exists now. In any event, the number of criminal defence providers has been falling steadily for many years, following the trend towards consolidation in legal services as a whole.

In their paper Magnetic Forces: Consolidation in the Legal Services Market the Solicitors Regulation Authority says: ‘The basic cause of consolidation is cost competition in a fragmented market.’ It goes on to say that there were 12% fewer criminal legal aid firms in 2013 than there were in 2008.

Hugh Barrett, executive director for commissioning at the LAA, speaking to the Legal Aid Practitioners Group last month, said the number of firms carrying out criminal legal aid work had fallen from 2,600 to 1,800. Consolidation of markets happens without government intervention, and with little or no cost to the taxpayer.

With significant doubts about the process and proceedings likely to be issued by as many as 90 firms in around 70 of the procurement areas, it is time for the Ministry of Justice to call a halt to the procurement process while it conducts a review of both the process and the policy. The LAA also needs to take a step back and ask itself whether these reforms, bearing in mind the aggravation they are causing, are really necessary and, if implemented, would deliver the improved efficiency they seek.

Working with the profession – rather than against it – the LAA along with the representative bodies could look to encourage and facilitate ‘managed consolidation’ of the market without the need for a competitive tender. At the same time the agency should think again about the anomaly of ‘own client’ work that was left outside the tender process. With an unlimited number of ‘own-client’ contracts and around 63% of police station work done on an ‘own-client’ basis, it is hard to see what reducing the number of duty solicitor contracts would achieve – other than further fragmenting the market as some large players drop out of duty work, perhaps doing more own-client work instead.

Stripping out the additional of costs of duty solicitors (a hangover from the days when duty solicitors were hard to find) would be good, but the cost to date of the duty provider contracts, without a single one having been signed, must now have run into millions of pounds for the LAA in staff time alone.

There will also have been significant costs to the firms in putting their bids together at a time when they can least afford it. The time and know-how at the MoJ and the LAA could have been better applied to improving efficiency in the criminal justice system. That really would help firms make a profit in these difficult times – not to mention the benefits to victims, and all the other individuals and agencies drawn in to our criminal justice system.

If the LAA runs a tender process again on such a large scale – and somehow I doubt it will – it also needs to learn to focus on the information it really needs. Does it really need to know the succession plans for firms in London, or how those in the west country deal with civil disturbances?

Seventeen questions, with three or four sub-questions plus all the additional data from over a thousand bids, meant that the LAA was overwhelmed by the process. In the end it had no idea whether the tender results would deliver the policy objectives or not.

Freddie Hurlston is former head of criminal justice system initiatives at the Legal Services Commission. He worked as a bid assessor to the Legal Aid Agency and exposed the shortcomings of the process last month