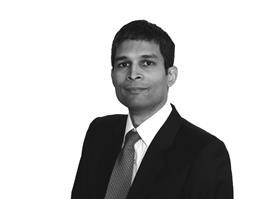 June 2015 proved a fertile month for developments relating to privilege. First, the High Court in England and Wales held in Property Alliance Group Limited v The Royal Bank of Scotland Plc that a bank seeking to rely on certain documents deployed in its defence to a live action had necessarily waived privilege in related without prejudice documents. Second, the Hong Kong Court of Appeal in Citic Pacific Ltd v Secretary of State for Justice and Commissioner of Police widened the definition of “client” as laid down by the English case law in Three Rivers District Council v Governor and Company of the Bank of England (No 5) and held that Legal Advice Privilege is subject to a “dominant purpose test”.

Of the two cases the decision in Citic is of particular interest because it highlights the practical difficulties with the definition of the “client” in current English jurisprudence and the need for a more sensible and commercial approach.

In Three Rivers No. 5 it was accepted that litigation privilege did not apply because the Bingham Inquiry was non adversarial. The Court of Appeal in Three Rivers No. 5 held that LAP did not apply to documents provided to a client or its solicitor simply for advice to be taken in relation to them; rather the privilege attached only to the communications between the client and its solicitor (or documents evidencing such communications).The Court of Appeal viewed the BIU as the “client” of the Bank of England’s lawyers, rather than any other employee or officer of the Bank. The effect was that communications between the employees of the Bank and the BIU were to be regarded as if they were internal memoranda or communications with third parties and accordingly were not protected by LAP.

The decision in Three Rivers No. 5 caused a great deal of concern as it placed limitations on the protection afforded to companies through LAP. 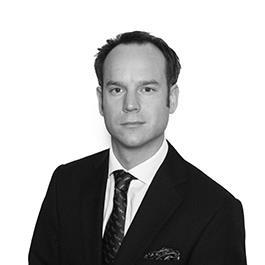 In Citic a large number of documents and computer hard drives were seized pursuant to search warrants as part of a fraud investigation following Citic Pacific Limited’s entry into forex contracts, making of market announcements, and suspicions of insider dealing. Citic made a blanket claim to legal professional privilege in respect of all the seized material. As a result, the documents were sealed pending the determination of privilege by the court.

The Court of First Instance decided to follow Three Rivers No. 5. The Judge determined that the “client” in this case was the group legal department (comprising two in-house lawyers) and the Board of Directors and other employees of Citic were (as in Three Rivers No. 5) to be regarded as “third parties” for the purposes of LAP. The effect being that communications with or by such employees would not be privileged, even if intended for provision to in-house or external lawyers.

On 29 July 2015, the Hong Kong Court of Appeal held that LAP in Hong Kong applies more widely to communications between company employees and external lawyers where those communications “form part of the necessary exchange of information of which the object is the giving of legal advice as and when appropriate”, and its application is therefore subject to a “dominant purpose test”.

The “dominant purpose test” which the Hong Kong Court of Appeal chose to follow was the test formulated by Tomlinson J (as he was then) in the first instance decision in Three Rivers No. 5, being “an internal confidential document, not being a communication with a third party, which was produced or brought into existence with the dominant purpose that it or its contents be used to obtain legal advice is privileged from production”.

The broader test for LAP was adopted on the basis that legal professional privilege is a fundamental right (protected by Article 35 of the Basic Law) and a restrictive, narrow definition of the “client” would likely frustrate that policy. The Court stated that it was meaningless to have a right to confidential legal advice if the protection did not extend beyond the communications providing that advice. It was acknowledged that lawyers needed to be provided with certain background or relevant information before they could form a view and distil this into legal advice, and such provision of information must be protected by privilege or the whole process would breakdown.

This is a sensible decision by the Hong Kong Court of Appeal and has brought much needed clarity to the position in Hong Kong: both communications between the company (through its employees or in-house counsel) and external lawyers and documents created for the dominant purpose of obtaining or receiving legal advice will be privileged. This brings the law in line with other major jurisdictions such as Singapore, Australia, and the US.

The decision in Citic is not, of course, binding on the English courts, but it does serve as a timely reminder that the decision in Three Rivers No. 5 is far from satisfactory and that the law in this area is open to question. Over the next 12 months we are likely to see the English courts grapple with this issue, although a decision of the Court of Appeal is needed to put things right.