The Financial Conduct Authority’s (FCA) stark warning on 11 January that if you choose to invest in cryptocurrency you should be prepared to lose money has brought a chill to investors and miners who have sought continual growth in the most challenging of markets. The warning said: ‘As with all high-risk, speculative investments, consumers should make sure they understand what they’re investing in, the risks associated with investing, and any regulatory protections that apply.’ 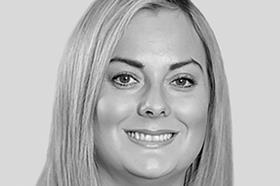 As the FCA explained, consumers purchasing cryptoasset-related investments are unlikely to have access to the Financial Ombudsman Service or the Financial Services Compensation Scheme.

While exchange and utility tokens are generally unregulated, the FCA has hardened its position on cryptoassets. The FCA’s July 2019 Guidance on Cryptoassets confirmed security tokens (akin to traditional instruments like shares, debentures or units in a collective investment scheme) and e-money tokens fall within the Regulated Activities Order.

Last October, the FCA banned the sale of derivatives and exchange traded notes that reference certain types of cryptoassets to retail consumers and, since 10 January, UK cryptoasset firms must be FCA-registered to tackle money laundering (or at least operating under the Temporary Registration Regime, pending the FCA’s determination). Failure to be registered is a criminal offence.

English courts are quick in assisting investors when things go wrong. In 2018, the High Court granted a freezing order over bitcoin and another cryptocurrency, ethereum. In 2019 it granted an asset preservation order over bitcoin to preserve the asset and a bankers trust order against the exchange.

The UK Jurisdictional Taskforce considered these judgments, and its legal statement on the status of cryptoassets and smart contracts concluded that, while cryptoassets might not be classifiable as ‘things in possession’ or ‘things in action’ akin to Lord Wilberforce’s description of what constitutes ‘property’, they can be treated as ‘another, third kind of property’. The High Court considered this analysis ‘compelling’ and granted an interim proprietary injunction over a bitcoin ransom payment, following the hacking and encryption of a Canadian insurance company’s customer systems.

English law has therefore developed to recognise cryptocurrency investors’ legal rights. While the FCA’s regulatory reach is limited, cryptoassets now sit more comfortably within the existing legal framework on property, which governs how assets can be owned, used and transferred and – importantly – allows courts to impose freezing and proprietary injunctions in cases of cyber-attacks, theft and fraudulent scams.

The European Commission proposed a regulation in September which, if adopted, will mean any cryptoasset company authorised by a member state could provide its services across Europe. The regulation provides legal certainty for cryptoassets not covered by existing EU financial services legislation and establishes uniform rules for cryptoasset service providers and issuers at EU level. Similar to the FCA, the regulation establishes specific rules for stablecoins (virtual tokens that seek to hold their value against fiat currencies and similar assets), including e-money. Cryptocurrencies are currently unregulated by the EU.

The US is increasingly regulating the cryptocurrency space, although it varies across states. New York requires cryptoassets firms to obtain ‘BitLicenses’ to operate, and has published a ‘greenlist’ of approved virtual currencies. At federal level, there is increasing regulation from the Securities and Exchange Commission, which asserts jurisdiction over initial coin offerings and securities linked to cryptoassets; the Commodity Futures Trading Commission, which has jurisdiction over futures, options and swaps linked to cryptocurrencies, can prosecute fraud and manipulation in cryptocurrency spot markets; and the Federal Trade Commission, the Department of Treasury’s Financial Crimes Enforcement Network, and the Department of Justice.

New Zealand and Singapore also recognise cryptocurrency as ‘property’. New Zealand’s High Court held that clients of a hacked exchange should receive their deposits because cryptocurrencies were held to be ‘property’. The liquidators therefore returned deposits to the exchange’s clients, rather than being available in a pool for unsecured creditors. New Zealand does not have specific cryptocurrency legislation, although various activities could be considered financial services, subject to ‘fair dealing’ requirements. Similar to the UK, Singapore requires cryptocurrency businesses to obtain a licence to comply with money laundering regulations. Equally, the Singapore International Commercial Court recognised cryptocurrencies as property capable of being held on trust.

What next for the UK?

As the use of cryptocurrencies increases, no doubt the FCA will implement further safeguards and regulation to protect consumers. The English courts are also keen to remain up to date and at the forefront of FinTech and can be expected to use common law to adapt, as necessary, and as recently demonstrated. What remains to be seen, particularly since 1 January, is what value, if any, foreign jurisdictions will place on this relatively new asset, and how cross-border disputes relating to the use or theft of cryptocurrencies can be enforced.