‘Big tech’ breathed a sigh of relief after the Supreme Court rejected a claim by Richard Lloyd, former executive director of consumer champions Which? against Google. 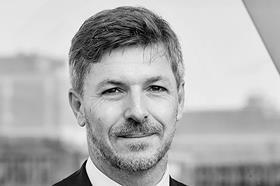 Lloyd v Google concerned a decade-old data breach of ‘old’ data protection legislation, which meant that Google Doubleclick Ad cookies were placed on users of Apple’s Safari browser without their consent. Lloyd, backed by litigation funders, had attempted to bring a class action lawsuit against Google.

The question before the courts was whether, despite the long passage of time since its commencement, service on Google of the proceedings out of the jurisdiction would be permitted.

As was noted in Lord Justice Leggatt’s lead judgment, the UK government failed to act on a 2009 recommendation from the Civil Justice Council to introduce a generic class action procedure, long-grassing the idea because of ‘potential structural differences between the sectors which will require different consideration’ and the apparent necessity to ‘undertake a full assessment of the likely economic and other impacts before implementing any reform’.

In its more recent report of February 2021, following consultation, the UK government considered whether to bring into force enabling regulations for class ‘opt-out’ actions for data protection claims. Deciding against this course, the government was mindful of Lloyd’s case, noting at the time (on the basis of the Court of Appeal’s decision in favour of Lloyd) that there was a viable form of collective action, namely a representative action of the kind brought by Lloyd. That premise is no longer valid, in light of the Supreme Court’s ruling.

Lloyd’s case was viewed with interest by many (including my firm, litigation funder Innsworth) as a test case for the future of class actions in the UK – long a feature of US, Canadian and Australian legal life, and on the verge of being rolled out across the EU.

Leggatt rejected Lloyd’s claim, made on behalf of the estimated four million UK iPhone users affected by Google’s actions, suggesting that they should only have a right to redress if they had evidence of having suffered financial loss or distress.

There can be no doubting the intellectual robustness of Leggatt’s views but if the court’s reasoning is applied narrowly, policy considerations will be lost.

Is this judgment truly to be treated as signalling a requirement that each and every individual must carry the fight against corporate wrongdoing, so as to satisfy the judiciary that he or she has suffered?

It takes bold judgments to forge a path where there is little case law. Taking one example, if each individual without the means to litigate has to prove they have suffered financial loss, there will be no enforcement of accountability for large corporate wrongdoers in the fields of data protection/privacy. These are areas that by their nature do not lend themselves to proof of financial loss or distress. Policy may require an approach that treats the wrongdoing as harm to society and those affected, without individual proof.

The Supreme Court ruling puts the onus not on tech giants to uphold their part of the contract with users, but on the users to prove that they have ‘suffered’ beyond the fact that their privacy has been violated. If the ruling is to be limited to the ‘old’ legislation on which Lloyd’s claim was determined, there may be scope for collective redress without government intervention. But lawyers for big tech are already promoting the decision as one that slams the door on data protection claims.

There is a form of collective redress available, in the form of the ‘opt-in’ group action, whereby large numbers of those affected by a case join an action. But as Leggatt acknowledges, this model is simply not sensible economically, given the administrative costs in identifying plaintiffs could easily outstrip any compensation paid.

This is where funded ‘opt-out’ cases become essential: litigation funding offers access to justice to a cohort who might never otherwise be in a position to navigate the courts. It can create a public sphere where the collective action of citizens ensures rights are adequately safeguarded and redress secured against corporate Goliaths. One should not have to be a lone activist to be entitled to compensation when your rights are breached. And one can hardly think of a more representative party than Lloyd with his long career in consumer rights. Legitimate cases should not be overlooked because of the system’s unwillingness to adapt.

It is a criticism levelled at litigation funders that they are commercialising claims by large groups or opt-out classes, as if this is a reason for denying access to justice for the masses. We have seen this argued first hand in recent cases. But to decry ‘commercialisation’ in the civil courts – and particularly in mass data misuse cases – is to overlook the obvious irony: those levelling the criticism have benefited enormously in comparison to the returns for funders, who facilitate access to compensation for the class who have been wronged. As the Court of Appeal noted in its ruling on Lloyd v Google, the tech company had engaged in ‘wholesale and deliberate misuse of personal data without consent, undertaken with a view to commercial profit’.

Why should there be no route by which the class damaged by this can be compensated by Google disgorging some of the revenue generated by its actions, if those carry legal accountability?

In spite of celebrations in certain circles, time will tell whether there are other means, as Leggatt signposted, by which companies can be held to account, despite the setback in Lloyd’s case. It is of course open to government to cut through this uncertainty and enable opt-out actions in data protection per existing legislation – to open up access to society to benefit from the justice system.

Ian Garrard is managing director of Innsworth Advisors, which manages the funding of large collective redress actions. These include Walter Merricks’ claim against Mastercard