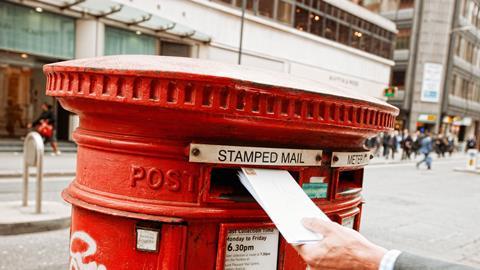 Looking back over my career as a lawyer

What advice would I give my younger self?

I have got to the age (60) when I have started to look back on my working life. If I could go back in time and pass any advice on to myself when I first qualified as a solicitor, what would I say?

I qualified in 1980. There was no concept of the internet and there were no mobile phones. Work in a solicitor’s office was dictated by the distribution of post in the morning (and it arrived considerably earlier than it does now). The last time for posting letters out in the evening was very important if there was any chance of getting a letter to someone the following day. International phone calls were rare.

Learn how to attract clients

During my articles/traineeship, I was fascinated by one of the partners in the firm who was consulted by a household-name multimillionaire. I was puzzled as to what the partner did that would attract such a rich man. I suspect that the partner treated the multimillionaire in the same way as he would any other client, and was not overawed by him in any way. I also think that he gave very good advice, which is why the client came back.

I was also fascinated that certain people seemed able to attract a large number of clients. A solicitor must be known by the clients and have a reasonable reputation. It was, then as now, useful if you could demonstrate recognised expertise in a particular area. This is a lot easier nowadays because of things like LinkedIn.

I can remember a dinner with a leading barrister during my traineeship. He explained that the way in which he attracted work was writing his advice in plain English so that the people who read the advice could understand it very easily. This led to me becoming a member of Clarity, the pressure group among lawyers for plain language drafting. I also became preoccupied with trying to make documents easy to understand and letters easier to comprehend. Shortening the average sentence goes a long way.

I consider myself lucky to have seen some extremely accomplished lawyers in action. These ranged from the partner referred to earlier to an incredible chap who built a music industry practice simply by hanging around at gigs, despite the fact that he was 20 years older than the performers. His resemblance to Abraham Lincoln did make him stand out, though.

The ability to remain calm under pressure plus expertise in public speaking are enormous advantages. The trick with public speaking is that if you are relaxed you will speak much more slowly and, understandably, be better able to remember what you were intending to say.

The rule of thumb in any profession is that the more senior one becomes, the greater the percentage of time spent on management. I had no formal training for this and, looking back, I realise I made some unforgiveable errors along the way. About the only thing I had going for me was that I was genuinely trying to do the job properly. The other important thing is to recognise as soon as you can what you are not good at (in my own case, financial matters) and refuse any responsibility for these areas of deficiency.

You will never stop learning

When I qualified I underestimated how much I would still need to learn. You never stop learning. Each matter that you deal with and each document that you review gives you useful information or experience.

The other painful lesson that I have learned is never to judge people by their reputation. Some of the people with the best reputation have been the worst to deal with, and some people whom I rather naively thought would not be very good (partly because of the jobs they were doing) turned out to be absolute stars. Like a magpie, I have unashamedly stolen good management practice from our better-managed clients. As lawyers we are often privileged to see right inside business organisations and find out how they operate.

You will make mistakes

Everyone makes mistakes. When I was newly qualified I was always really worried about this, and that I might not be able to answer a client’s question.

As you get older, you realise that it does not particularly matter if you do not know the answer. All you have to do is to say so, but promise to come back once you have looked into it.

I was incredibly impressed by people who were prepared to lecture other lawyers on legal subjects because, again, what on earth would they do if they were asked a question during the lecture to which they did not know the answer? Later in my career, I had an opportunity to give lectures like this and I found them quite a rewarding challenge. I soon learned that the three-part response to a question to which you do not know the answer is as follows:

1. Repeat the question back to the questioner to ensure that you are talking along the same lines (this also buys you time to think);

2. Ask the rest of the audience whether there is anyone who wants to make a comment about that question (this flushes out any clever dicks who are likely to refer to some law report in The Times that morning); and

3. If all else fails, say that you do not know the answer but that your colleague back at your office is the country’s leading expert and you will give an answer after you have spoken to that colleague during the next break.

I am the first lawyer in my family and have never regretted the decision to go into law.

This has not been connected with any money that I have earned. It has been more to do with the law’s intellectual challenges and the opportunity to help others.

What advice would you give to your younger self about working in the law? Let us know at Obiter@lawsociety.org.uk.