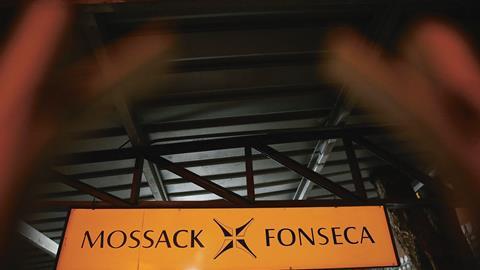 LPP and the Panama papers

To what extent are any of the leaked documents covered by LPP?

Legal professional privilege (LPP) is in the news: there is talk of its definition being reviewed in the Investigatory Powers Bill (see clause 25); and its application to the Panama papers has raised questions of how it applies to leaked documents.

On 7 April, the Gazette reported two family lawyers as saying that information from the Panama leaks could be used to set aside court orders (per Sharland v Sharland [2015] UKSC 60). But to what extent are any of the leaked documents covered by LPP – in this case, its major branch, legal advice privilege (LAP)?

Privilege for confidential information and advice

LPP applies to confidential information passed to a lawyer by a client or a potential court witness, to enable the lawyer to advise and to act for the client; and to the advice provided by the lawyer. LPP, or ‘legal privilege’ as parliament tends to call it, has two limbs: advice privilege (LAP) and litigation privilege. LAP depends on there being a confidential relationship between a client and their lawyer.

The right to privacy which results is the right of the client, not of the lawyer. The question in the Panama papers is: has the leaker of the information in any way permissibly breached the individual client’s confidentiality (whatever one may think of that individual’s tax affairs or other dealings)?

The justification for LPP is its importance to the administration of justice: that an individual should have the right (that is, not strictly a ‘privilege’) privately to ‘make a clean breast’ of a matter to a legal adviser (Anderson v Bank of British Columbia (1876) 2 ChD 644). A history of the subject and a classic definition can be found in Lord Taylor CJ’s speech in R v Derby Magistrates’ Court exp B [1995] UKHL 18.

This case stressed the extent of the public interest in the administration of justice: that a lawyer must be able to give his client an unqualified assurance that whatever the client tells him in confidence will never be disclosed without his consent; and that this assurance is absolute subject only to the qualifications referred to below.

LAP and the ‘iniquity exemption’

LAP was authoritatively considered in R (Prudential plc and anor) v Special Commissioner of Income Tax [2013] UKSC 1. Accountants who advised on tax law sought privilege for their advice. By a majority of five to two the Supreme Court rejected this argument and held that advice privilege applied only to advice from lawyers (and patent attorneys, trademark agents and licensed conveyancers) in a professional context. Any extension to this (for example surveyors on land law) was a matter for parliament.

In Prudential, Lord Neuberger defined the exceptions to LPP as follows: ‘[17] … the client is entitled to object to any third party seeing the communication for any purpose, unless (i) the client has agreed or waived its right, (ii) a statute provides that the privilege can be overridden, (iii) the document concerned was prepared for, or in connection with [fraud or the “iniquity exception”] or (iv) one of a few miscellaneous exceptions applies (for example in a probate case where the validity of a will is contested).’

To this list can be added where a lawyer learns of illegality such that s/he should report to appropriate public authorities (W v Egdell [1989] EWCA Civ 13, for example proposed commission, or possible commission, of a criminal offence).

The exception which may apply to the Panama papers (the ‘iniquity exception’) was explained by Stephen J in R v Cox and Railton (1884) 14 QBD 153. The confidentiality of LAP cannot be used to enable a client to obtain a lawyer’s advice to further a dishonest intent. If documents show a dishonest intent, for example tax evasion or plans to abduct a child, then LAP did not apply in the first place.

What is the position if LAP documents are seen by a third party (such as family lawyers handling Panama papers)? Can the confidentiality cat, once out of the bag, be put back? That question was pondered in B & ors v Auckland District Law Society (New Zealand) [2003] UKPC 38. But in B v Auckland privilege had been conditionally waived in respect of particular documents where lawyers handed over documents to their law society.

Once the condition no longer applied, privilege revived. As Lord Millet explained (at paragraph [69]), documents remained privileged: ‘The policy which protected them from unauthorised disclosure is the same. The cat is still a cat. It can be put back in the bag.’

Fraud and a justification for production in court

Whatever the law may be on confidentiality in Panama, if stolen or leaked documents which in England would be covered by LAP were to come before an English court, the justification for reference to them is likely to be fraud. The common law is jealous of the protections which LPP provides (see Derby Magistrates and B v Auckland). Fraud must be clear from the face of the papers and must be specifically pleaded (Medcalf v Weatherill [2002] UKHL 27; BSB Guidance on pleading fraud).

If the fraud allegation (for example a Sharland application to set aside a financial order) is based upon another fraud – the theft of confidential documents in Panama – the lawyers pleading the case will need to be very sure of the fraud foundation of their client’s case.

David Burrows is a solicitor-advocate, trainer and writer