One of the many debates prompted by the UK’s decision to leave the EU is its future policy on targeted sanctions. Traditionally a tool of foreign policy aimed at changing the behaviour of foreign regimes, sanctions have increasingly been used to signal disapproval and to disrupt the activities of targeted individuals and corporate entities. As an EU member, the UK has used this tool to impose asset freezes, travel bans and other restrictions on various targets, primarily to enforce EU decisions and regulations. How, will, and should this change in future? 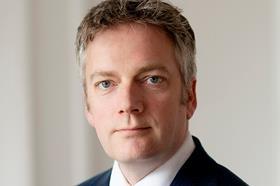 For many of those who make and influence policy in this area, a large part of the answer to this question is inspired by the death of the Russian lawyer Sergei Magnitsky (pictured below) and the US law to which it led: the Global Magnitsky Act, which targets those believed responsible for human rights violations or significant corruption. UK parliamentarians and others have pressed the government to introduce a similar law here, and have succeeded in doing so, though with decidedly mixed results.

The UK’s first Magnitsky provision was in 2017, by way of an amendment to our Proceeds of Crime Act (POCA). The context is our scheme for civil recovery of the proceeds of ‘unlawful conduct’, a term the amendment expanded to include the proceeds of a ‘gross human rights abuse or violation’, or conduct ‘connected with’ such abuse.

Unhelpfully, the first of those terms is defined very narrowly, to mean torture (or inhuman or degrading treatment) by a public official of a person who has sought to expose illegal activity by a public official, or to defend human rights. The second term, meanwhile, is defined very broadly, to include acting as an agent in connection with such abuse, directing, sponsoring or profiting from it, or materially assisting it (which includes providing goods, services, and other financial or technological support for it).

Magnitsky sanctions in the UK

The UK’s second Magnitsky provision is in the Sanctions and Anti-Money Laundering Act 2018 (SAMLA), which provides the framework to enable UK sanctions after it leaves the EU. It enables sanctions against those reasonably suspected of involvement in the two types of conduct described above, now confusingly grouped together under the term ‘gross human rights violations’.

The upshot of these provisions is that those who have engaged in or profited from political torture can have their assets frozen by way of the civil recovery provisions of POCA, or by way of sanctions imposed by the UK government (which might also make them subject to other restrictions, such as a travel ban), or both.

What could possibly be the problem with such an approach? In fact, there are several. 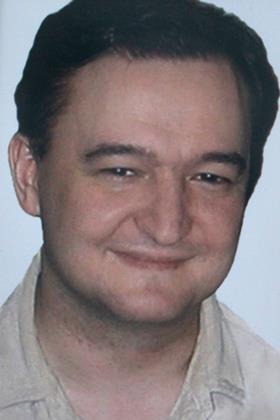 The first is that POCA already provides for the recovery of the proceeds of criminal conduct, which in most or all cases would include torture, or assisting torture. The scope of SAMLA is also very wide and empowers ministers to make sanctions for foreign policy purposes. So it is hard to see how either provision adds much or anything to what was already there.

The second is that, despite their narrow focus on political torture, the provisions have been widely misinterpreted as covering as broad a range of conduct – including other human rights abuses and significant corruption – as is covered in the US by the Global Magnitsky Act. So their introduction has led to calls from some quarters for greater use of sanctions to combat acts of financial crime and money laundering.

That in itself raises an interesting question about how the criminal and asset-freezing powers of POCA interact with financial sanctions. Is it legitimate, for instance, for a minister to freeze the assets of someone suspected of corruption – indefinitely, and without the need for any criminal or civil claim – rather than go through a POCA claim in the courts?

The third is that, for those who have campaigned for a UK law to honour the memory of Sergei Magnitsky to provide strong and public support for the causes he championed, these provisions are arguably counter-productive. They fail to do what most people would expect of a Magnitsky law, and are unnecessarily complicated and hard to understand. The message they send is far from helpful, whatever the UK chooses to do with them.

Notwithstanding these problems, the UK government has indicated that it intends to make use of the provisions in SAMLA to make its own Magnitsky sanctions, and that it considers it can do so even while it remains within the EU sanctions regime (as it will during the current extension, and any agreed transition period after that).

As and when it does so, it can realistically expect strong challenges to such measures from two directions. The first is from any designated persons who are suspected of (for instance) assisting or profiting from torture and wish to challenge that in the courts. The second is from those who will inevitably see the measures taken as too narrowly focused, and who will continue to demand action the provisions do not currently allow. Both challenges will doubtless prompt a rethink.

John Binns is a partner at BCL Solicitors