Making the case for a career in insurance law

In the 1980s, telling someone you worked in insurance seemed to create the impression of a waxy clerk working in a dull and unexciting industry shuffling paper until it was time to retire. But working life has taught me that the popular view of the industry is plain wrong. In recent years, the attraction of a career in insurance law has increased significantly for a number of reasons. 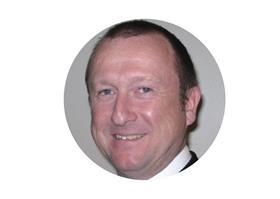 It is now more widely appreciated that the insurance industry underpins much of human activity. Without it, businesses could not function, planes could not fly and roads would be empty. Until such time as all risk of loss is eliminated, there will be a need for a mechanism to transfer and spread risk, which is what the insurance industry provides.

Similarly, investors, purchasers, employees and regulators have started to understand the power of the insurance industry to help address the threat of climate change. As investors controlling trillions in savings and pension funds, life insurers have the ability to control the behaviour of corporations seeking investment. As an employer of hundreds of thousands of individuals, the industry has the option to direct employment practices, such as flexible working, in ways that minimise carbon footprints. As underwriters of risk, insurers can refuse cover, or provide cover subject only to certain terms and conditions, thereby directly controlling and influencing the operational ‘greenness’ of almost every business that buys insurance. Insurers also have significant buying power, which can also be used to leverage the corporate behaviour of service suppliers such as law firms.

At a time when corporations are expected to have a positive social purpose as well as make money, being part of an industry that does both is surely an attractive path.

Working in insurance law, supporting this important and varied industry, offers a multitude of opportunities to build a career and develop a valuable practice. Insurance lawyers need to have a thorough understanding of contract law, tort law, agency law and regulatory law. Lawyers in this field tend to accumulate Mastermind levels of general knowledge due to the wide range of subjects they need to understand during the course of their case-handling career.

The ‘modern’ insurance industry (I say ‘modern’ as the concept of insurance originated in Roman times) has existed for well over 350 years, adapting and innovating as society has changed over the centuries. The London market is the largest global hub for commercial and specialty risk, employing over 47,000 people and paying more than £23bn in claims each year. It is one of the most established, successful and financially significant sectors in the UK and London is regarded around the world as a centre of insurance excellence.

But insurance law remains, at least in some circles, a poor relation compared with the attractions of corporate and commercial law. There also seems to remain a misplaced sense that one only has to be well connected to progress. While this may have been true 30 years ago, it is certainly no longer correct. In fact, anyone thought to be relying on membership of the old boys’ club to get by is at a significant disadvantage nowadays in terms of career progression.

The London market was perhaps perceived as one of the worst culprits of this culture of complacency and assured success, but it is clear that times are changing. Employers throughout the financial sector and the law firms that support it are looking to identify and recruit genuine talent, not those with the best connections, elite schooling or academic track record. Some universities and many elite employers, including magic circle firms, are applying contextual algorithms to the raw data of exam grades to come up with a much better picture of those who have already achieved a great deal in relative terms and those who have the greatest potential to deliver value to an employer. This approach recognises, for example, that an A from Eton is much easier to achieve than one from an under-performing comprehensive.

In addition to this reappraisal of the value of academic exam results, the insurance industry is busily ramping up the image of a career in insurance, particularly in London. The London Market Group, which brings together the specialist commercial (re)insurance broking and underwriting communities in London, launched the London Insurance Life (@LIL) talent attraction campaign in 2019.

This campaign targets young people considering their career options, through social media and events where they can meet other young professionals who already work in the London market. There are now 130 of these ambassadors and @LIL has more than 4,000 social media followers, who learn about the London market through stories posted by people who work there. There is also a jobs board where employment opportunities are posted. Tomorrow’s FOIL, the Forum of Insurance Lawyers’ division for lawyers at the start of their career, has also launched a programme of education to promote insurance law to undergraduates and college students. This will be rolled out to universities and careers fairs throughout 2022 and beyond.

It is essential that the UK insurance and insurance law sectors attract and retain the brightest and the best to maintain our place as a world leader. It is enormously encouraging to see that much work has already begun – it is, after all, high time the image caught up with the reality.

Laurence Besemer is CEO of the Forum of Insurance Lawyers