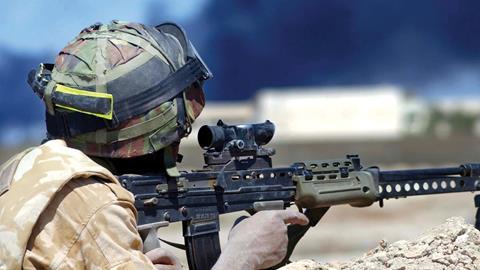 Ministry of Defence must not be above the law

The Ministry of Defence has recently closed its consultation on ‘legal protections for armed forces personnel and veterans serving in operations outside the United Kingdom’. 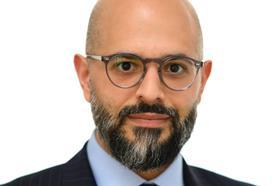 The introduction to the consultation suggests it is predicated solely on protecting service personnel from the type of claims made in the wake of the Iraq Historic Allegations Team, and from other claims brought in relation to combat, where the alleged acts or omissions of service personnel in a war zone may have led to harm or loss of life. The MoD wants to stem the tide of these claims (which it may face vicariously) and asks a number of questions, including:

The language of the consultation is emotive and stresses throughout the importance of protecting the rights of service personnel, who commit themselves to protecting our way of life. This is admirable. But what the MoD does not make clear is that its proposals for a longstop would give it greater powers to defend against all civil claims, regardless of whether a claim was brought in the context of ‘combat’.

Combat immunity is a long-established doctrine that provides that the state shall not be responsible for acts or omissions which result in injury or death in ‘combat’. The public policy arguments in favour of combat immunity are varied and include, among others: there might be unfair pressure applied to personnel if they had to second guess themselves in the heat of battle; commanders may become too cautious in planning operations; combat effectiveness would be undermined, which might threaten national security and the lives of service personnel.

Important cases have examined this doctrine, most recently Smith and others v Secretary of State for Defence [2013] UKSC 41, which involved several claims arising from operations in Iraq between 2003 and 2006. It is clear the courts will not countenance claims brought in relation to acts in the ‘heat of battle’ and there is little evidence to suggest the level of ‘erosion’ of the doctrine that the MoD will have you believe. The claims that do have prospects of success will normally involve breaches of duty that are both temporally and geographically far removed from combat.

Normally, claims in negligence will have to be brought within three years of the date of injury (or knowledge of that injury). There is a mechanism in place for bringing claims out of time by applying under section 33 of the Limitation Act 1980. This statute provides the courts with flexibility to allow claims out of time where certain special circumstances can be proved. This exercise is done with reference to all the circumstances of the case, including, among others: the length and reasons for the delay; the cogency of evidence; the conduct of the parties; and any prejudice.

Any practitioner will know that claims brought out of time face significant hurdles and risk. The MoD’s suggestion of a longstop will essentially place it above other defendants and provide it with special status. If it can point to prejudice in cases brought out of time, then it should not face difficulty in striking them out.

The reality is that most claims against the MoD have nothing to do with combat. Most civil claims are brought for breaches of common law and statutory duty as an employer and/or occupational healthcare provider: in 2017/18, 3,754 new claims were made against the MoD. Of those, 1,598 were employer’s liability cases and 163 clinical negligence cases. Of the £128m the MoD spent on damages and claimants’ costs that year, just over £100m was spent on employer’s liability claims and a further £13.7m on clinical negligence claims. The MoD accepts that between 2013 and 2018 there was a ‘significant increase’ in the rates of injury and ill health to armed forces personnel, civilian employees and cadets, which is a worrying trend.

We all want service personnel to be protected from spurious litigation, but they are not above the law. It is also worrying that the MoD has announced that it will opt out of its obligations under the ECHR in future operations (depending on the operation). This means that both service personnel and civilians affected by such operations may have fewer remedies. In fact the government has recently pledged to bar claims brought against service personnel in relation to deaths that occurred during the Troubles in Northern Ireland, including suggestions of ‘watering down’ the Human Rights Act and of banning coroners from returning verdicts of ‘unlawful killing’.

Combining these developments with a longstop may create unnecessary hurdles for valid claimants. Section 33 of the Limitation Act already provides a fair and flexible system for allowing special cases to be brought out of time.

The introduction of a longstop is understandably attractive to the MoD given the number of claims it faces as an employer. This situation can be improved in the usual ways – observe the law, provide training, protect your staff. The MoD is neither a special case nor a special defendant, and it is not above the law.

Ahmed Al-Nahhas is head of the military claims team and a partner at Bolt Burdon Kemp, and author of A Practical Guide to Military Claims (Law Brief Publishing)