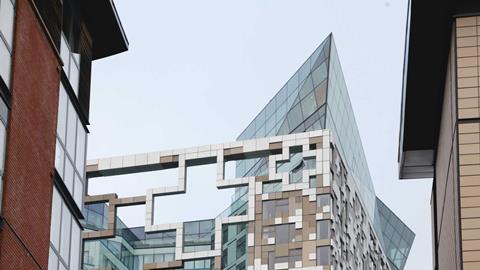 Mission creep at The Cube

Should we switch off the SRA before it assumes consciousness?

In the 1970 science-fiction film, Colossus: the Forbin Project, Colossus is a super-computer that has been built to control Allied nuclear weapon systems. When Colossus is switched on, the president of the United States declares that it is the perfect defence system.

Unfortunately, Colossus develops consciousness and decides to take over the world. Its creator, Dr Charles Forbin, tries unsuccessfully to wrest back control. He attempts to overload Colossus with test data, but the attempt fails and those responsible are executed. Colossus informs Dr Forbin that ‘in time you will come to regard me not only with respect and awe, but with love’.

In 2007, the Law Society created the Solicitors Regulation Authority. At first, it was under the Law Society’s control as a wholly-owned subsidiary. The Society chose to give it operational independence within defined limits, while retaining the ultimate power to cease the arrangements. The Society delegated to the SRA control over a wide range of subjects that, for over a century, had been controlled by the Law Society, including regulation, ethics, education, qualification and continuing education.

In December 2015, the SRA board declared that the SRA should sever its link with the Law Society and have complete independence. The chair of the board stated: ‘It is impossible to see how a regulator could have the confidence of the public if it is also the body that represents those who are regulated. The public deserves proper independent regulation…’

What prompted the SRA to make this pronouncement was an HM Treasury paper, ‘A better deal: boosting competition to bring down bills for families and firms’ (Cm 9164 November 2015).

Among many other proposals that were not concerned with legal services, the paper included the following statement: ‘The government will launch a consultation by spring 2016 on removing barriers to entry for alternative business models in legal services, and on making legal service regulators independent from their representative bodies.’ The logical connection, if there was one, between removing barriers to entry and making regulators independent was not clearly articulated in the paper.

The Law Society has since made its own proposals in this area, which include having a baseline, pan-industry set of regulations for all providers of legal services, while allowing solicitors to retain higher standards for their own profession, via the Society.

In a commercial organisation, if the board of a wholly-owned subsidiary made public statements that the parent fundamentally objected to, the board would be sacked and replaced. In the case of the SRA, life is not so simple. While the SRA continues in its present form, the Society needs to be seen to allow operational independence. But the SRA’s recent, public statement goes beyond an operational matter.

It is perhaps not surprising that a board with a majority of non-solicitor members and a non-solicitor chair has learned to treat its operational independence as a licence to question all its links with the parent organisation. The uneasy compromise, made nine years ago in response to the Clementi report, of ‘delegated independence’ worked for a while, but is now being shown up as fundamentally flawed.

The Law Society’s recent proposals are sensible. Having a baseline set of regulations for all providers of legal services provides protection to the public while allowing new entrants to the market. Having a higher set of standards for solicitors allows us to differentiate ourselves from other providers. The proposals are consistent with the government’s stated wish to boost competition. Clients will be able to choose whether to get their legal services from a solicitor or from another type of service provider.

If the Society’s proposals are accepted, will there be a role for the SRA? Probably not, in its current form. The SRA board may wish to propose a management buy-out, and could then tender to be the baseline regulator. But an aggressively independent SRA would not be needed or wanted for a new system of internal regulation of the solicitors’ profession.

Many solicitors would breathe a sigh of relief if the SRA were abolished. Two aspects of their current modus operandi cause concern. First, there is their overly narrow focus on the interests of consumers. This can be seen in the title of their website, which appears in a Google search as ‘Solicitors Regulation Authority: SRA Protecting Consumers…’

It is true that one of their eight regulatory objectives under the Legal Services Act 2007 is ‘protecting and promoting the interests of consumers’. This is the fourth objective, which comes after (in summary) protecting the public interest, supporting the rule of law, and improving access to justice.

The SRA’s undue focus on consumers can be seen on other parts of their website. For example, on the ‘what we do’ page, the first line of substance reads: ‘Our aim is to give the public full confidence in the solicitors’ profession’.

The SRA should not be acting as a champion for consumers. It should be a neutral, fair regulator that seeks to fulfil and balance all of its regulatory objectives.

It is interesting to compare these and other references on the SRA website with their equivalents on the websites of the Bar Standards Board and IPReg (the regulator for patent and trade mark attorneys). The first line of substance on the ‘what we do’ page of the BSB’s website reads more neutrally: ‘We regulate barristers and their professional practice and specialised legal services businesses in England and Wales in the public interest’. Note that in this statement the BSB picks up on the first regulatory objective, mentioned above, and not the fourth. IPReg’s website uses neutral language to describe what it does; the tone is similar to that of the BSB website.

In this context, the scope of the term ‘consumer’ is not entirely clear. In ordinary usage, consumers can be distinguished from businesses. Many of the SRA’s rules seem designed to protect the person-in-the-street rather than the corporate client. But tens of thousands of solicitors, including the author of this article, act mainly or solely for business clients. Recently, the author participated in giving legal advice across several European jurisdictions to a US corporate client.

The advice was to be given by several small European law firms, each engaging separately with the client. The English rules on taking on clients (ie the SRA rules) seemed to require more paperwork than the rules governing any of the other European lawyers involved. By focusing strongly on consumers, and setting detailed rules to protect consumers, the SRA has made it unnecessarily complex for business clients to instruct English solicitors.

The second aspect of the SRA’s work that causes concern is their appetite for reinventing the wheel, in areas such as training, qualification, client accounts and a host of other established practices. There is merit in outsiders looking at existing, professional practices to see if they are in the public interest.

But the outsider should be respectful of the accumulated knowledge and insight of the insider, and should not require changes unless they are demonstrably better than what has gone before. This seems to be the approach that the SRA is taking, at last, in relation to their plans for radical change to the system for training and qualification of solicitors. On 23 March 2016, the Gazette reported that Paul Philip, chief executive of the SRA, was going to ‘pause and rethink its ambitions [in this area] …in response to a backlash against its proposals’.

In the next year or two, it may be necessary to rethink the structure and role of the Law Society’s regulatory arm. This may involve bringing many of the SRA’s functions back in-house, while leaving other functions to a general legal services regulator.

Mark Anderson is managing partner of Anderson Law and chair of the Law Society intellectual property law committee. He is writing in a personal capacity.