On 30 November, on what has become known as ‘Tax Administration and Maintenance Day’, the government published a number of tax consultations, including one on stamp duty land tax (shortened here to ‘stamp duty’ for convenience). The 12-week consultation proposes changes to the way in which ‘mixed-use’ transactions and multiple dwelling transactions are taxed. The proposed changes, which are significant, are unlikely to be introduced until autumn 2022. 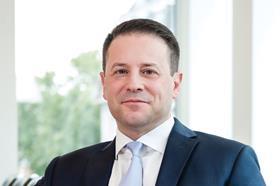 This hard-edged rule always existed in the stamp duty legislation. It carried little significance for the first nine years of the tax, as the two sets of rates were the same, only the nil-rate tax band threshold was different. However, since 2012 successive governments have increased the rates for residential transactions to a much larger extent than the rates for non-residential or mixed transactions, culminating in a maximum 12% swing.

For many years, I and others have wondered why the price payable for a ‘mixed-use’ transaction was not apportioned with each element taxed at the appropriate rates before being aggregated to produce the total stamp duty payable. The government is consulting on doing just that.

In 2011, a partial stamp duty relief was introduced to promote the supply of private rented housing. It works by ensuring that the stamp duty payable on the purchase of more than a dwelling is closer to the amount that would be payable if the dwellings were purchased separately. For the first five years it worked as intended and became an important relief for businesses investing or trading in residential property. In 2016, the 3% ‘higher rates’ were introduced for purchases of ‘additional’ dwellings by individuals.

A government amendment was made to give an exception to the ‘higher rates’ for purchases of dwellings with ‘granny annexes’. The concern was that without it the ‘granny annex’ would count as an ‘additional’ dwelling and engage the ‘higher rates’ regardless of the ownership of other dwellings by the buyer. The exception had the unintended effect of starting a practice of claiming multiple dwellings relief on ‘granny annexes’. If a ‘granny annex’ does not count as a single dwelling then the exception to the ‘higher rates’ would have been otiose. It is responsible for what has become a burgeoning reclaim industry, with ‘claims farms’ offering buyers to reclaim stamp duty by making a retrospective claim for the relief where the buyer is still in time or to bring an action for professional negligence against the conveyancer where the buyer is not in time.

If the proposals are acted on, which is virtually certain in my view, the consequences are likely to include:

Obviously, some of these consequences are welcome and the proposals will certainly achieve their objective of reducing the scope for abuse of the rules. But they will also have unintended consequences. The government defended its decision not to introduce reliefs for businesses from the ‘higher rates’ and the increased rates for ‘non-resident transactions’ because of the ‘flexibilities’ given by the ‘mixed-use’ rule and multiple dwellings relief.

By ensuring that businesses always pay the ‘higher rates’ and increased rates for ‘non-resident transactions’ on the residential element of a ‘mixed-use’ transaction, this does sound like a U-turn. The consultation gives an opportunity to minimise the effect of the changes on businesses.

Conveyancers should be aware of the potential changes, advise buyers that might be affected and put in place controls to ensure that the changes are taken into account when calculating the tax.

Sean Randall is a partner at Blick Rothenberg, London