On 15 March parliament enacted the Economic Crime (Transparency and Enforcement) Act 2022. The bill, which was originally proposed by the Cameron administration in 2018, was fast-tracked by the government as a measure against Russia’s invasion of Ukraine. The government stated in the Queen’s speech that its purpose was to ‘crack down on the kleptocrats, criminals and terrorists who abuse our open economy, ensuring we drive out dirty money from the UK’. 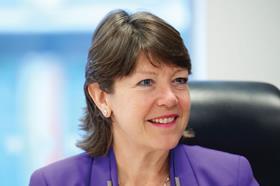 The act will see the creation of a new Register of Overseas Entities (ROE). It will compel all non-UK entities with separate legal personality, that own, or wish to own, property in the UK, to register the identity of their beneficial owners at Companies House and keep that register updated annually. It will apply retrospectively to all leases over seven years and freehold properties owned from 1 January 1999. Failure to do so will be a criminal offence. There will also be a civil strict liability test resulting in financial penalties preventing businesses from stating they had no knowledge that a transaction was in breach.

The act also amends the National Crime Agency’s (NCA) powers to use Unexplained Wealth Orders (UWOs). Since their introduction in 2017, the impact of UWOs has been limited. The high-net-worth targets have challenged and drowned the NCA in crippling legal costs. The new measures will limit the NCA’s liability for legal costs, providing it acts reasonably, and provide more time to prepare cases for court. Additionally, in cases where the target is not an individual, the NCA investigators will have powers to target officers, including directors, managers and members of the target company.

It is hoped that this new transparency of ownership will flush out dirty money used to purchase property in the UK, primarily in London. It is estimated that there is roughly £12.5bn of real estate in the capital which is owned by overseas buyers, and all too often, the owner’s identity is shrouded in secrecy.

Conveyancers will, of course, be most directly affected on a day-to-day level in respect of dispositions. They should keep in mind that before an overseas entity can register on the ROE, one month’s notice needs to be provided to the beneficial owners. This should be factored into any timeline to avoid delays to completion.

Commercial lawyers acting for lenders will need to consider existing loan portfolios and the potential impact on securitisation. Existing facility agreements may need to be amended to redefine dispositions.

Extra levels of due diligence will be required to ensure that the overseas entity appears on the ROE, that there are no restrictions at the Land Registry and, in due course, that the entity has complied with its reporting obligations at Companies House.

Ultimately, solicitors who break the rules could face up to five years in prison and therefore any practising solicitor will have to take the time to fully understand the scope, and impact, of this act.

Parties considering mergers, acquisitions, or joint enterprises, or those seeking funding from overseas entities, should take into account the act when drafting contract long stop dates and dealing with any delays in registration or the government potentially investigating whether the overseas entity is going to be a company that should consider contractual protections. There may also need to be appropriate covenants from the overseas entity to ensure ongoing compliance with the act.

Lenders should ensure that appropriate obligations are included in facility agreements. This could include undertakings that the overseas entity will apply to be duly registered within a certain timeframe, comply with the annual update requirements, and provide the lender with evidence of such registration and ongoing compliance. If the facility agreement allows the borrower to grant a registrable lease then the document should take into account the same considerations.

The government has not provided a definitive date as to when the ROE will be operational. Much work needs to be done to set up the register. This includes procedural development, and secondary legislation to describe exactly how it will work. It is understood that this legislation is still at the drafting phase. An Implementation Group comprising the UK land registries, Companies House and Department for Business, Energy & Industrial Strategy is setting up the register.

Currently, beneficial owners with a shareholding of at least 25%, 25% of voting rights or those exercising significant control will be required to disclose their identity. Critics are concerned that the true owners could easily sidestep these requirements by diluting their shareholding and assigning voting rights to family members or lackeys.

The act does not cover trustee arrangements which will be another mechanism to disguise the true beneficial owners. The government says there are significant ‘regulation-making powers’ in the act that can be used to close any loopholes that might emerge, but how this will work remains to be seen.

It also remains to be seen what resources will be set aside for the NCA to effectively implement these reforms. Adequate resources will be needed to make a meaningful impact on corrupt high-net-worth individuals. It is interesting to note that while the act has been rushed through parliament, the secondary legislation detailing how it will work has been progressed with much less haste.

Georgina Squire is a committee member of the London Solicitors Litigation Association and senior partner at Rosling King, London

Join expert speakers from the National Crime Agency, Homeland Security Group, and the National Economic Crime Centre, who will offer practical advice on how your firm can prepare for AML audits.