Must solicitors be paragons of virtue?

Drinking coffee in a suburb of Reykjavik recently, I came across the case of Sylvain Dhennin, a solicitor employed by Hogan Lovells, published on the Solicitors Regulation Authority website in late August. 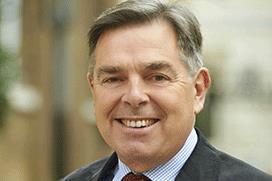 By way of a regulatory settlement agreement with the SRA, Dhennin agreed to a rebuke, publication of the agreement and a costs order in the sum of £600.  He admitted that by discriminating against his children’s nanny and unfairly dismissing her, he had breached principle 6 of the SRA Principles; and that by failing to notify the SRA of the Employment Tribunal judgment which had made the findings of discrimination and unfair dismissal, he had breached outcome 10.3 of the SRA Code of Conduct.

So what exactly had Dhennin done wrong?

In January 2017, he and his wife (also a solicitor) had employed a nanny to look after their two small children. The nanny additionally acted as a housekeeper. In September of that year, he summarily dismissed her. The reason he gave was that the children were now going to nursery, that they required less looking after by her, and that her position was redundant.  The real reason, as found by the tribunal, was that she had told the Dhennins that she was pregnant and he dismissed her because of her pregnancy. The tribunal was critical of documents drafted and submitted by Dhennin and found that he had not been frank in his evidence.

It is obvious that Dhennin’s treatment of the nanny was nothing to do with his practice as a solicitor. While a solicitor’s conduct in his or her private life may give rise to unpleasant regulatory consequences (most commonly, where the solicitor is convicted of a serious criminal offence), it is far from clear where the line is to be drawn in determining whether a solicitor has breached the SRA Principles.

Why exactly did the SRA consider that Dhennin’s conduct was required to be the subject of formal disciplinary action? The decision records that it was the fact of the discrimination and the unfair dismissal, rather than the manner in which he fought the case, that led to the sanction.  Therefore it was the act of sex discrimination/unfair dismissal that brought down upon Dhennin the wrath of his regulator. But why should this be so?

In their private lives, solicitors may do all sorts of things that might be regarded as unwise, or worse, without having to report themselves to their regulator. What of a solicitor who fails to pay a builder for work carried out to the solicitor’s private house, such that the builder has to sue in the county court? What if the solicitor defends the claim on a spurious basis to put off the day when he has to pay up? What of a solicitor who defames somebody? Or a solicitor who sells a car which he knows to be defective and is successfully sued? The list is endless. What is it about the unfair sacking of a nanny that brings this within the purview of the regulator?

There are a number of strands which may help to explain the SRA’s attitude to Dhennin’s actions.

First, there was some publicity about the Employment Appeal judgment when it was delivered. Yet conduct cannot be judged by the level of publicity which it attracts.

Second, in the post- #metoo world in which we now operate, it may be that behaviour which is targeted against or disadvantageous to women attracts particular scrutiny from the regulator.

Third, last year the SRA’s chief executive Paul Philip was given a torrid time by the parliamentary committee looking into the use of non-disclosure agreements. It was put to him that the SRA has an unhealthily close relationship with the big law firms which it regulates. A successful regulatory investigation against a Hogan Lovells  solicitor might therefore show the regulator in a good light with the government. However, the duty of the regulator is to regulate in the public interest and not in the interest of the regulator itself.

I find the prosecution of Dhennin very troubling. In Wingate and Evans v SRA [2018] EWCA Civ 366, Lord Justice Jackson pointed out that a solicitor’s duty to act with integrity did not require solicitors to be paragons of virtue. What I fail to understand, as a matter of logic, is why sex discrimination committed by a solicitor in his private affairs, should have anything to do with the regulator, or should somehow damage the reputation of the profession. I do not believe that a doctor, an accountant, or even a barrister would be hauled over the coals by their regulator for the conduct which brought Dhennin up against the SRA. Are the regulators of those professions out of step, or is the SRA in reality expecting solicitors to be paragons of virtue?

By way of contrast, the RollOnFriday website is currently carrying an entertaining article about the antics of a 25-year-old newly qualified solicitor ‘Lucy’ with the 50-year-old sole equity partner in her firm, ‘Percy’.  Although her claim for sex discrimination, harassment and the like failed, and she was found to have lied copiously, the common ground in the case would certainly raise eyebrows.  Percy’s professional relationship with Lucy included a drug-fuelled trip to Amsterdam, taking in a live sex show, swapping pictures of each other late at night, and (apparently accidentally) sending Dropbox details to Lucy which linked to sexually explicit photos of him engaging in orgies.  The article concludes: ‘Extraordinarily, the SRA has given it all a thumbs up. A spokesman said, “We have looked at all the available information and decided to close the matter with no further action. If further information is made available, we can look again at the issues.”’

In the light of that, to my mind Sylvain Dhennin can count himself extremely unfortunate.

Gregory Treverton-Jones QC of 39 Essex Chambers is co-author of successive editions of The Solicitor’s Handbook (2008-2019), co-author of Disciplinary and Regulatory Proceedings (9th edition, 2017) and an editor of Cordery on Legal Services