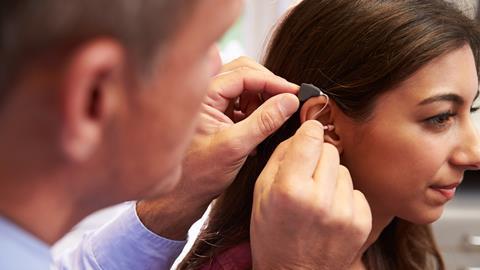 In a sense, the document simply reflects the ABI’s ‘list of things to do’, published in the run-up to the general election. Its content is not surprising: the reiteration of the existence of a compensation culture; warnings of dubious claims-farming practices; and a view that lawyers acting for claimants are cynically driving up excessive costs are all consistent with the approach taken to whiplash claims some years ago.

The three particular reforms advocated by the ABI are:

It can be reasonably anticipated that the ABI will be successful in its campaign to introduce fixed costs. The purpose of this article is to consider when those are likely to be introduced, at what level those costs might be fixed, and whether a judicial review of a revised part 45 is likely – and on what grounds it might be made.

There seems no reason why a regime of fixed costs should not be introduced within two years: ample time for proposals to be drafted, a consultation process to be undertaken, and then amendments made to part 45. This would coincide with the point in time (three to four years post-Jackson) when the long tail of pre-1 April 2013 cases with recoverable success fees will come to an end. This will represent something of a ‘perfect storm’ for disease lawyers gloomily contemplating cashflow.

At what level might fixed costs be set? The report states: ‘These fixed costs should be set at a level which reflects the steps required by a claimant solicitor to present and run a successful claim. This would ensure that costs are contained and are proportionate, and would introduce efficiencies into the system, while removing the additional costs involved in negotiating costs at the end of a claim.’

The difficulty is that lawyers representing claimants and the insurance industry will have very different ideas about what constitutes a proportionate level of costs. But the starting point is surely to consider not only how, but whether, these claims can be litigated on the fast-track.

Whiplash claims are easy. You just have to be seated in a car and have the bad fortune to be collided with by a negligent driver. The two most common accident scenarios in road traffic litigation are the rear-end shunt and the failure to give way when emerging from a minor road on  to a major road. Breach of duty is evident. Causation is straightforward and evaluating quantum is not rocket science.

Such claims are easily and demonstrably capable of being packaged and commoditised, and capable of being run by unqualified and cheap staff. Due to the standard nature of the vast majority of such cases, in an increasingly consolidated industry, the principle of fixed costs is readily justifiable.

But NIHL claims have the potential to be different. Many of them are unchallenging and apt for commoditisation, as insurers keen to settle do not raise significant arguments that might be open to them. The injury may be caused by exposure to noise many years before symptoms present themselves and limitation is often a key issue. There may be issues over identifying the defendant or defendants. Breach of duty may be in issue. Medical causation may be disputed. These issues can arise in what may appear to be a straightforward case when taken on.

For many years from the 1990s, I argued that  industrial deafness claims, where a typical claimant (or plaintiff in those days) was a retired man who had enjoyed a career in heavy industry, had a discernible bilateral notch on his audiograms, and although breach of duty and causation were in issue, everybody knew that the only real defence the defendant had was limitation. Invariably, a defendant would apply for limitation to be tried as a preliminary issue.

These days, notches have become bulges, the de minimis argument has resurfaced, and there are many cases where breach of duty and medical causation are proper points to take, as well as limitation. But with the introduction of qualified one-way costs shifting (QOCS), all these interesting arguments will be had at the defendant’s expense, win or lose.

This raises a dilemma for the insurance industry. By arguing for fixed costs, which they can justify on the basis that the claims are capable of standardisation, this in turn will force the insurers to decide whether they really want to raise issues of breach of duty or medical causation, in the context of a £5,000 NIHL claim – and even if successful in doing so, pay their own costs. Or would they just pay the £5,000 and the fixed costs, and count that a price worth paying for systemic reform?

Accordingly, unless there is substantive reform to the law of negligence, or significant procedural reform such as the introduction of a ‘show cause’ procedure – as applies to mesothelioma claims – insurers who run cases which involve engineering evidence or disputed medical evidence will find they are dealt with on the multi-track, as these cases will invariably last more than a day.

The combination  of QOCS and fixed costs on the fast-track could mean that NIHL claims – even dubious ones – are no longer fought on economic grounds, and settlement becomes the norm. What it will certainly mean is that most NIHL cases – if they are fought at all – will be on the basis of allocation to the fast-track and trial of a preliminary issue of limitation.

So any regime of fixed costs, taking matters through to a one-day trial, is almost certainly going to relate principally to cases where limitation is the only issue, and the level of fixed costs could take that as a working assumption.

I anticipate that the insurance industry will put forward proposals based on both historic data and, more significantly, time-and-motion studies to support levels of fixed costs. The danger for claimant lawyers is that although they may make representations, they will be unlikely to put forward detailed evidence to rebut the insurers’ proposals, as this will mean unlocking their management accounts to provide information about their overheads and profits.

This would be consistent with the failure of the profession to engage with the recent research into guideline hourly rates: to put a lot of sensitive commercial data into the public domain would not represent a prudent strategy.

One can already see in costs budgeting exercises carried out for NIHL claims that defendants set out very detailed submissions on what they assert should be the claimant’s costs: this work will naturally evolve into proposals for what the costs of the case should be, when a fixed-costs scheme is brought in. The assumptions used by the insurance industry will be very significant.

It cannot be forgotten that the figures in the Ministry of Justice portal, and the protocol which applies to road traffic accident claims, took legal aid rates as the basic assumption, rather than even grade D guideline hourly rates.

The actual figures will be a fraction of those currently claimed and often awarded on detailed assessment. If one considers the fixed costs which apply to road traffic accidents, it was not so long ago that £20,000 for a fast-track case that went to trial with 100% success fees was the norm.

The MoJ then will put forward the new rules in a statutory instrument, and I consider it highly likely that the instrument will be challenged by judicial review. There is a growing trend in costs law for systemic changes such as reforms to criminal costs, legal aid, the introduction of Medco and so on, to prompt a legal challenge from those who have much to lose from reform.

Such a challenge might easily be based on failures in the consultation process. This government has a very poor track record for consultation, failing to take a rational approach to the evidential base underpinning the figures, or failing to identify and promote measures which accord with the relevant statutory purposes.

But judicial review is only concerned with the legality of decision making. Even if the statutory instrument amending part 45 were to be quashed, it would only be a stay of execution, while the government moved to make a lawful decision on fixed costs.

Ultimately, fixed costs will come in, and I suspect they will accelerate consolidation in the industrial disease market. That will mean fewer players, with massive caseloads, and making the figures pay through economies of scale.