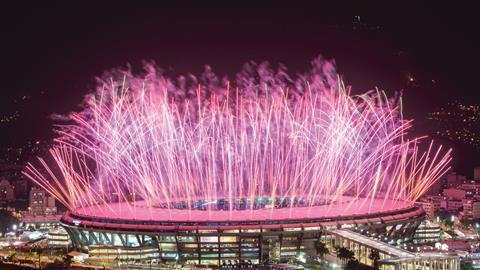 Working as an arbitrator at the Rio Olympics was the highlight of my career.

I was lucky enough to be selected for the Ad Hoc Division at the Commonwealth Games in Delhi and in Glasgow, where we had one case in total. I was also aware from arbitrators at the London Olympics that an average Olympic Games generates 10 or so cases. But what greeted us in Rio was quite different. We ended up with 28 cases in the Ad Hoc ‘window’ between 26 July and 21 August 2016. A new games record.

A normal arbitration at CAS in Switzerland can take three to six months, but the Ad Hoc Division aims to offer 24-hour arbitration. The start is when the applicant files the standard application form; the finish is when the grounded decision is rendered. In some instances it can be even quicker (my first case took four hours). We have to comply with the sporting timetable and render decisions that allow the organisers and the athletes to run the games smoothly and without interruption.

There were 12 arbitrators from across the world selected for the Ad Hoc Division. There was also, for the first time, a six-arbitrator Anti-Doping Division, including Michael Beloff QC. It dealt with eight cases.

The record number of cases was not a total surprise – 16 of the 28 cases in the Ad Hoc Division were as a result of the International Olympic Committee’s (IOC) decision of 24 July, when it allowed international federations to take status and eligibility decisions in relation to the Russian athletes that had been selected for the games in each of their sports.

On my first day I was presented with four cases. The first was a match-fixing case. An equestrian rider claimed that one of the judges in the national qualifying event had threatened to give artificially high scores to another rider to ensure that rider qualified for the games at the expense of the applicant. A decision was required in four hours so the horse could get to the games in time. I also had to convene hearings for the other three cases for the next day. One at 9am, the next at noon, the final one at 5pm.

The CAS also had a number of lawyers in Rio to assist with the running of the cases, along with secretarial support, but with the volume of cases (nine had commenced before I arrived) it was all hands on deck. If you were appointed as the president of a panel or as a sole arbitrator you drafted and typed out the awards, to then work through with the panel and the assigned CAS lawyer.

My first five days were in the CAS courtroom or in my hotel room typing. I did not see anything of Rio.

The Russian cases fell into a few areas:

In addition to these eligibility cases, the Ad Hoc Division faced a number of ‘field of play’ appeals, but only in very rare instances can these be successful. There were also a couple of doping cases.

Doping cases also tend to be fairly rare, as in most cases it takes months to gather the witness and expert evidence usually required. However, if an athlete is confident that an appeal can be successful and wants to compete in the games, these can go ahead.

My sixth and final case was a doping case for an Indian wrestler, where his first-instance decision by the National Anti-Doping Association’s disciplinary panel had determined that he had been the victim of a double sabotage: firstly of his curry, then later of his energy drink by a rival wrestler. As such, he received no ban for his positive samples.

WADA appealed this and sought a four-year ban. While the sabotage scenario was possible, it was found to be improbable and the wrestler was banned the day before he was due to compete in the games.

Looking back, I can safely say this has been an incredible privilege and the highlight of my career. While we had almost three times the volume of work we expected, the whole CAS team worked together to ensure no event was held up or disrupted.

And I even found some time to enjoy Rio and watch Team GB come second in the medal table.

Mark Hovell is a partner at Mills & Reeve in Manchester