Opening statement in police interviews is still an important strategy

For many years the consensus has been that lawyers advising clients at police stations should make an opening statement at the beginning of a police interview. The strategy was first suggested by Eric Shepherd in his major work for the Law Society, Police station skills for legal advisers, and it is currently included in the standards of competence for the accreditation schemes for lawyers and representatives. In the current edition of the leading best-practice guide, Defending Suspects at Police Stations (LAG, 2017), one of the authors suggests that the lawyer should make an opening statement in order to lay down their ground rules for the interview and to establish the fact that the presence of the lawyer will be an active one. 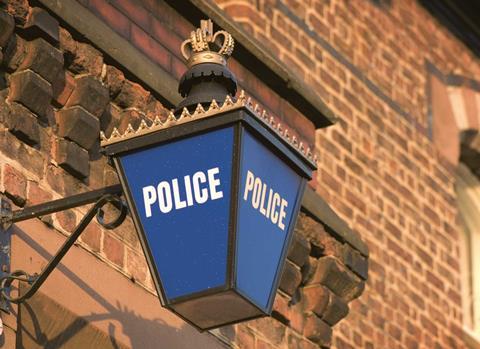 We believe that making an opening statement continues to be an important strategy for defence lawyers in police interviews, and it is worth examining why this is.

Defending the rights of suspects can be a difficult and challenging. Police stations can be intimidating, and the balance of power is weighed very firmly against the suspect and their lawyer. In this context, setting an appropriate tone is critical.

We envisage that an opening statement will be made around the time that the interviewing officer commences an interview, and once the recording device for the interview has been switched on – so that everything the lawyer says will be recorded. The making of an opening statement is not explicitly referred to in either the Police and Criminal Evidence Act (PACE) 1984 or the Codes of Practice, but there is no basis upon which the police could validly object to it.

In our view, a lawyer should start by explaining who they are, and what their role is. This will give the lawyer the opportunity to remind the client of their name and firm – which will be particularly relevant if they have been called as duty solicitor or the client has not met them before – and to confirm their status as a solicitor or representative independent of the police. Providing a brief explanation of the role of the lawyer can be important for a number of reasons. First, the client may have no concept of what the role of the lawyer is, and giving them an explanation is an important part of building a relationship of trust. Second, explaining to the interviewing officer that the lawyer regards their role as being to protect and advance their client rights may forestall any attempts by them to sideline the lawyer during the interview, or to undermine their advice.

The explanation given by the lawyer of their role also opens up the opportunity to set out the circumstances in which they will intervene in the interview. What the lawyer would wish to say in this respect will be very dependent on a range of factors, such as the nature and seriousness of the suspected offence, whether the client has any particular vulnerabilities, what disclosure they have received, and what the lawyer knows of the interviewing officer. The lawyer should be mindful that the grounds for intervention are set out in Code C, NfG 6D:

2. To challenge an improper question to their client.

3. To challenge the manner in which a question is put.

4. To advise their client not to reply to particular questions.

5. If they wish to give their client further legal advice.

The lawyer may also wish to indicate that they will intervene if the officer introduces information, or a line of questioning, about which the lawyer has been give no, or inadequate, prior notice. This is an important aspect of the strategy that the lawyer may wish to adopt in seeking disclosure from the police. The right to information in advance of a police interview remains relatively limited, although sufficient information must be provided to enable the suspect to understand the nature of the suspected offence and why they are suspected of committing it, ‘in order to allow for the effective exercise of the rights of the defence’ (Code C, para 11.1A); and documents and materials that are essential to challenging the lawfulness of the arrest or detention must be made available (Code C, para 3.4(b)). In addition to the lawyer informing the interviewing officer that they will intervene in such circumstances, they may also want to reiterate what information the officer has disclosed, and to ask them whether they have any other relevant information that has not been disclosed; particularly important if the police are using a phased disclosure strategy. Incorporating this into an opening statement will provide the lawyer with a better idea of whether the questioning is likely to contain any surprises, and will also make intervention easier if it becomes necessary.

Ed Cape is author of Defending Suspects at Police Stations. Matthew Hardcastle is a co-author of Blackstone’s Police Station Handbook and a solicitor at Kingsley Napley