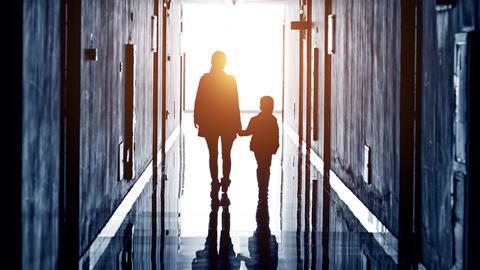 An increasing feature with separating couples these days is the charge that, typically, the man is a narcissist and the mother is alienating the kids from the father. Both serious and worrying situations, but is it always the reality? 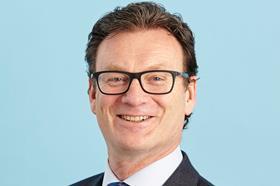 Narcissism is simply described as 'an excessive interest in or admiration of oneself and one’s physical appearances'. That is an easy claim to make against anyone, but the psychological personality disorder of narcissism is a lot more complex. The personality disorder often manifests itself with the person having a lack of empathy for other people and a condition which often manifests itself as arrogant, self-centred, manipulative and demanding. The person may well have grandiose fantasies. Such people with the condition tend to seek excessive admiration and attention but also have difficulty tolerating criticism or defeat. Many people in a relationship breakdown can portray some or all of these traits but this does not necessarily mean the personality disorder is in place. The stress of the relationship breakdown can bring out traits that otherwise would not be there.

Accordingly to the Diagnostic and Statistical Manual of Mental Disorders, someone exhibiting five or more of the traits set out below can be suffering from a narcistic personality disorder:-

• A need for excessive attention and admiration.

• A sense of entitlement particularly to special treatment.

• A grandiose sense of self-importance.

• A pre-occupation of fantasies of unlimited success, power, brilliance, beauty or ideal love.

• A belief that one is special and can only be understood by or associated with special people or institutions.

• An exploitation of others.

• A lack of empathy.

• An envy of others or the belief that one is the object of envy.

Causes of the disorder are not fully understood but can be genetic or biological and even environmental. It is even more difficult to plan and understand, not least because the condition itself means that the sufferer is unlikely to be receptive to treatment.

Psychologists often diagnose narcissism by asking the patient a series of multiple-choice questions which seek to identify the existence of many of the traits above as a problematic condition. This enables them to distinguish between people with a real personality disorder or people who simply perhaps just do not agree with their partner’s point of view. If it deteriorates arguments tend to occur more frequently and there is a willingness to concede less. This does not mean the person is narcissistic. Similarly, as a partner in a relationship may well have viewed someone in the early stages of their relationship as impressive, confident, charismatic, talented but as the relationship deteriorates these characteristics become at best irritating and annoying and the temptation is to label them as a narcissist. There are plenty of potential abusers who exercise both coercive and controlling behaviour who would not fit the psychologist bill of having a narcissistic personality disorder. Controlling and coercion are a form of domestic abuse and can be very different and require different strategies and legal remedies. Psychotherapy is normally the best way forward to resolve narcissistic personality disorders. Such treatment is not short term and may require many months of careful therapy.

Lawyers dealing with cases involving narcissistic disorder allegations need to be experienced and skilled at assessing the situation and guide clients to make the right choices.

Parental alienation is a process, the result of which is a psychological manipulation of a child into showing unwarranted fear, disrespect or hostility towards a parent. Such parental alienation is often described as 'the unwarranted rejection of the alienated parent and an alignment with the alienating parent, characterised by the child’s extreme negativity toward the alienated parent due to deliberate or unintentional actions of the alienating parent'. The Children and Family Court Advisory Support Service, more commonly known as CAFCASS have a working definition which is 'When a child’s resistance or hostility towards one parent is not justified and is the result of psychological manipulation by the other parent'. CAFCASS has an excellent website dealing with parental alienation both setting out the real anxieties that such a course of action can have on children and parents but also wise words about labelling genuine concerns about parents having child arrangements as parental alienation.

The website sets out appropriate and justified concerns about reasons why a child might be reluctant to see a parent. Domestic abuse, harm and neglect are obvious concerns as is alcohol or drug abuse, but particularly parental conflict where the child witnesses the parents arguing. Cases involving parental alienation tend to be very complex and require finely balanced assessment and decision making about how to resolve parental and child conflicts. A child rejecting a parent is a concern especially where there are justifiable reasons that need safety measures put in place and/or help and therapy. Parental alienation where there is an unjustifiable fear adds to the complexity. Parental alienation can be conducted by both men and women and the motives for doing so are not entirely clear. The damaging effect upon children is however. The alienation can start simply with bad-mouthing, criticising or belittling the other parent and build with a strategy of restricting contact between the child and the other parent. Parental alienation is not caused by gender alone, it is whoever tends to be the resident parent.

The work that therapists, psychiatrists and CAFCASS can undertake to deal with such behaviours tends to focus on making the parents understand the needs, wishes and welfare of the children. Understanding the damaging effects not only in the short term but also medium term upon the child is crucial.

Such behaviour by the alienating parent is of course child abuse- emotional abuse and a failure to promote the child’s proper development and security.

Recent important cases where parental alienation has been considered by the court include:

In Re S (Parental Alienation: Cult) [2020] EWCA Civ 568, the Court of Appeal allowed the father’s appeal against the refusal of his application to vary a child arrangements order. The order provided for the shared care of the parties’ daughter. The mother was alienating her from the father because of her adherence to an Australian cult.

In Re H (A Child) (Parental Alienation) [2019] EWHC 2723 (Fam), the High Court ordered an immediate change in the child’s living arrangements, as the mother had alienated the child from his father. The child’s residence was immediately and successfully transferred from the mother to the father, despite the child having no direct contact with his father for 18 months.